Pre-order the game for a chance to win! 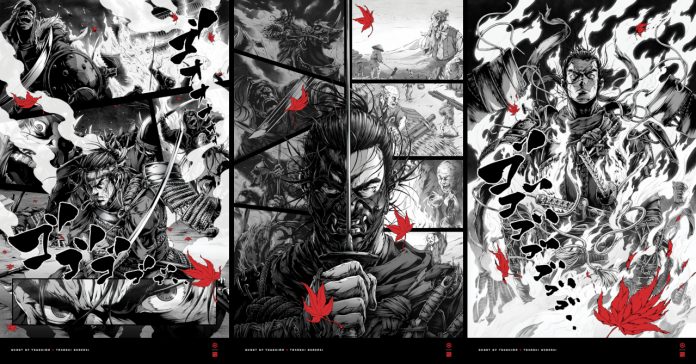 Ghost of Tsushima is the last major PS4 exclusive, and it’s release date is only a week away. In case you still haven’t pre-ordered the game yet, PlayStation’s new promo might just convince you!

PlayStation has partnered with video game retailers in the Philippines for a new promo where gamers who pre-order Ghost of Tsushima will get a chance to win an Limited Edition poster. How it works is that PlayStation authorized retailers will post a trivia question every day until the game’s release. Gamers who pre-ordered the game can answer the trivia questions, and one winner will be selected every day. Each winner will receive one Ghost of Tsushima poster (with a randomly picked design) upon the game’s release.

Here are some of the participating game retailers:

ARE YOU READY TO WIN WITH JIN?Get a chance to win a Ghost of Tsushima Limited Edition Poster with our Ghost of…

WHAT IS JIN SAKAI’S WEAPON OF CHOICE?Get a chance to win one of the special posters from the artist Takashi Okazaki….

ARE YOU IN TO WIN WITH JIN?GHOST OF TSUSHIMA ONLINE TRIVIA GAME (DAY #1)We invite you to join in the fun and get a…

Posted by GameXtreme on Wednesday, July 8, 2020

Meanwhile, here are the four designs of the limited edition Ghost of Tsushima posters:

These four manga-style posters were made by Takashi Okazaki, the writer and illustrator of the popular Afro Samurai manga. The collaboration was announced back in June via the PlayStation Blog.

In case you’re unfamiliar, Ghost of Tsushima is an upcoming open-world action game from Sucker Punch Productions (the developer of the InFamous series). The game lets players take on the role of Jin Sakai, one of the last remaining Samurai who defends Tsushima Island from the Mongols during the first Mongol invasion of the 13th century.

Ghost of Tsushima releases exclusively for the PS4 on July 17, 2020.

Watch out for our full review of the game on July 14!