From the Far Cry 6 reveal to the AC Valhalla gameplay deep dive! 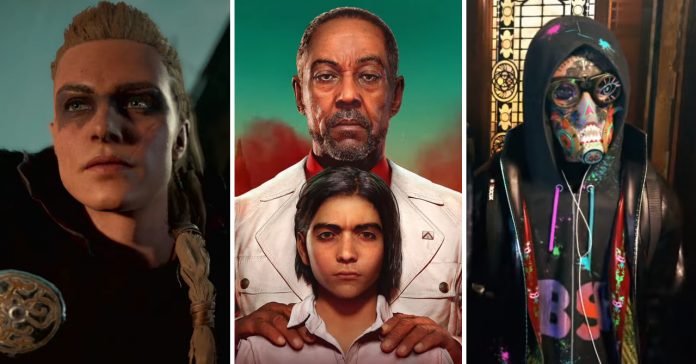 Earlier today, the Ubisoft Forward stream went live, and it showed off new gameplay footage from various anticipated Ubisoft titles. The event also saw the official announcment of a new Far Cry title, as well as a number of other reveals.

In case you weren’t able to watch the stream, here are all the games that were shown during Ubisoft Forward:

One of the biggest showcases in the stream is no doubt the gameplay overview of Assassin’s Creed Valhalla. Aside from finally showing extensive gameplay footage, it also revealed the game’s November 17, 2020 release date.

Following a leak a few days ago, Ubisoft finally confirmed that Far Cry 6 is official. The game received a new cinematic trailer, a title sequence, and a release date of February 18, 2021.

Revealed prior to Ubisoft Forward, the new battle royale Hyper Scape got a new cinematic trailer at Ubisoft’s stream. It was also announced that Hyper Scape’s Open Beta is now live on PC.

Another game announced at Ubisoft Forward is Tom Clancy’s Elite Squad, a mobile game featuring a crossover of various characters in the different Tom Clancy franchises. Pre-registration for this mobile game is now available.

Another game coming to mobile devices is Brawlhalla, the Smash-style fighting game that’ was released on back in 2017. The game will be available on iOS and Android on August 6, 2020.

While not a new game, Ubisoft highlighted the mobile game Might & Magic: Era of Chaos at Ubisoft Forward. The game is out now on iOS and Android.

In case you want to watch the full Ubisoft Forward stream, you can do so here: