The realme C12 is now available in the Philippines

The all-around smartphone is available for a discounted price today. 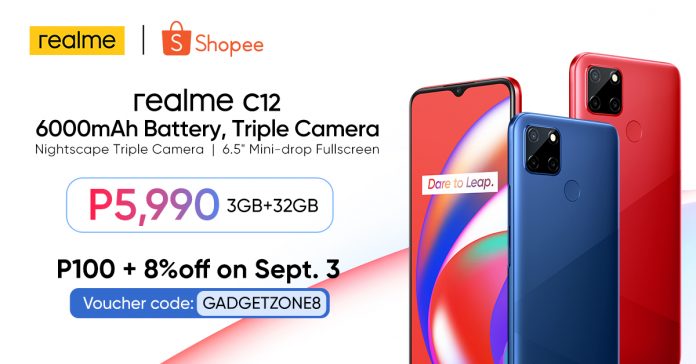 Following its launch last week, realme has finally released the C12 in the Philippines. This new smartphone is similar to the recently released C15 from realme, as both phones pack a massive 6,000mAh battery. The difference though is that the realme C12 is a more affordable device, with a price tag of only PHP 5,990.

While the realme C12 is more affordable, it does lack the C15’s fast-charging support, as well as dedicated ultra-wide camera. Still, the C12 still packs a bevy of noteworthy features, including a triple camera setup with a 13MP main shooter, as well as a Helio G35 processor. 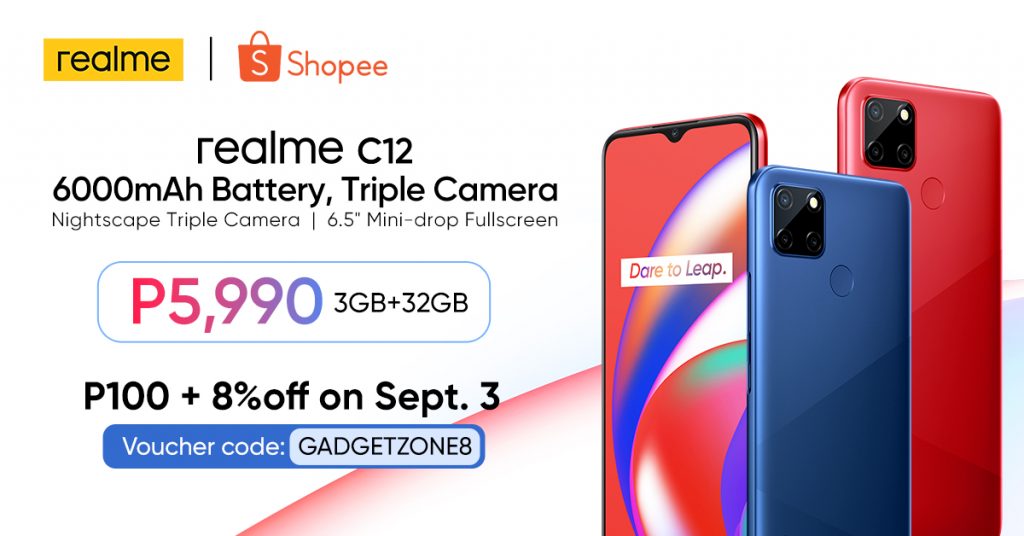 While the realme C12 is now available in all realme stores, kiosks and partner mobile stores nationwide, customers who want to buy the phone online can get it via Shopee. In fact, each purchase of the C12 on Shopee will come with a PHP 100 discount today. To top it all off, Shopee purchasers may also use the voucher code GADGETZONE8 upon check-out to bring down the price of the realme C12 eight percent further. In total, you can get the C12 with PHP 600 off its SRP via Shopee; but you better hurry as the Shopee promo is only available today, September 3, 2020.

Want to know more about the realme C12? Check out our full review of the phone here: