The new F/GO film is set to release in theaters next year. 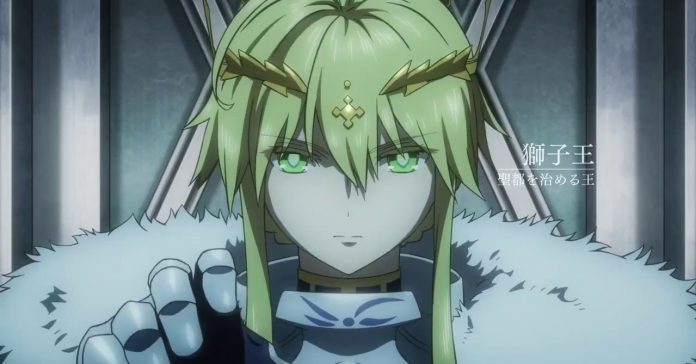 While the Fate/Grand Order Babylonia anime has ended its run earlier this year, F/GO fans still have an anime film to look forward to very soon.

Sometime next year, Fate/Grand Order THE MOVIE Divine Realm of the Round Table: Camelot Wandering;Agateram (F/GO Camelot Wandering; Agateram for short) will release in theaters. Ahead of its release, Aniplex has released the third trailer for the movie. Aside from showing off new footage, the trailer also gave us our first listen at the film’s theme song “Dokuhaku” by Maaya Sakamoto.

Since the Sixth Singularity is set in Camelot, the film will feature the Fate universe’s Knights of the Round Table, including the likes of Lancelot, Gawain, Bedivere, Mordred, and of course, King Arthur (aka Saber). Alongside the knights, the film will also feature Ozymandias, Nitocris, Xuanzang, and many other servants.

For Fate fans who have yet to play Fate/Grand Order, the F/GO Camelot film’s story is set after the events of the F/GO Babylonia anime. So if you’re an anime-only Fate fan, finishing the Babylonia anime is recommended before watching the Camelot movie when it releases.