A must-play board game for Dragon Ball fans! 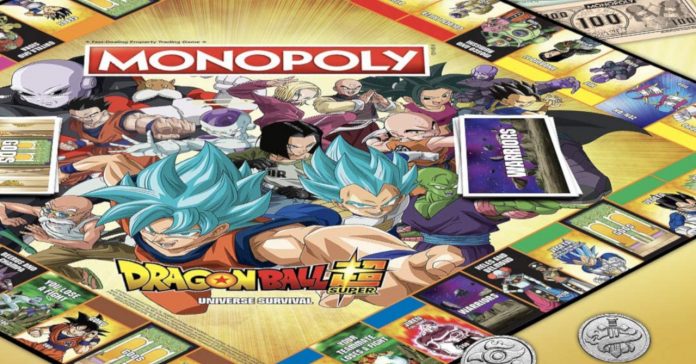 Monopoly is easily one of the most popular board games in the world, so much so that there have been numerous collabs between Monopoly and popular IPs such as The Simpsons, Rick and Morty, and more. Now, a new special version has been released, and it’s a Dragon Ball: Super-themed Monopoloy board game! 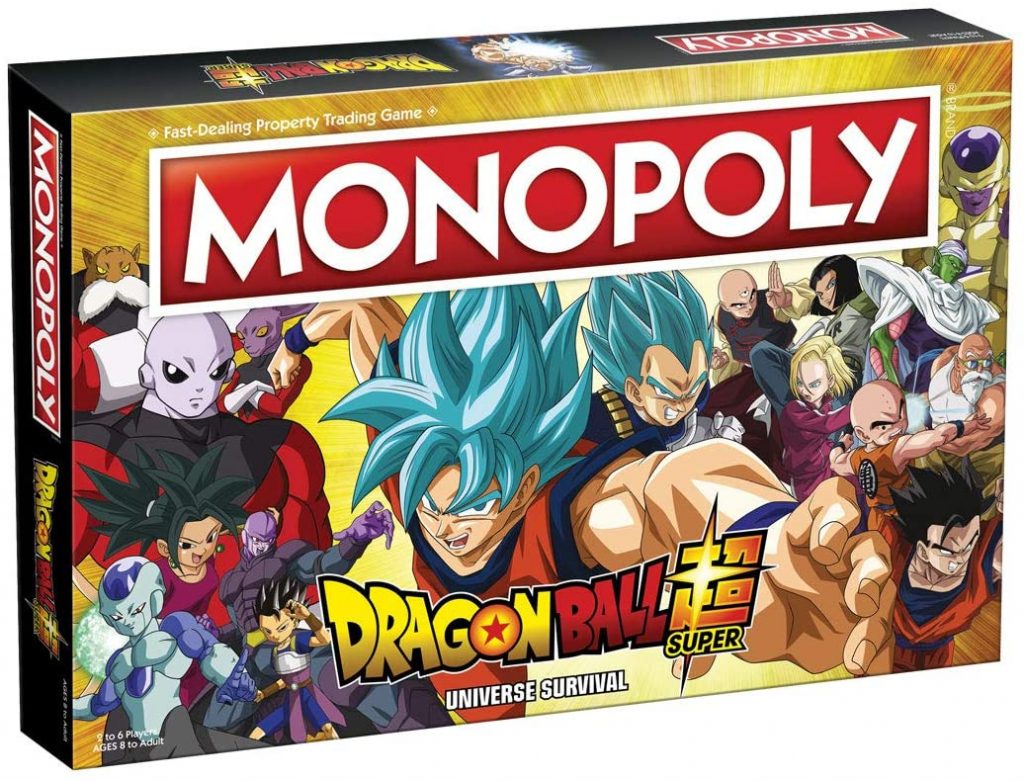 The Monopoly Dragon Ball: Super edition is described as:

“The long-running anime makes yet another comeback in the form of a classic board game that captures the continuing Dragon Ball power struggle! Join your favorite Z fighters as you buy, sell, and trade Goku, Piccolo, Gohan, and many others as properties in MONOPOLY: Dragon Ball Super. Custom tokens of eight different Universe Symbols take competitive DBS fans around an illustrated board to use Gods and Warriors cards and outdo opponents with unbeatable Super Saiyan bounty.”

As with other special edition Monopoly versions, this DBS edition comes with eight tokens, each of which are inspired by the different universes in the series. Meanwhile, the paper bills also feature Zeno and Future Zeno.

As for the community and chance cards, they have been replaced by the Gods and Warriors cards. Finally, the board itself features 26 fighters instead of properties, each of which can be purchased and improved by players. 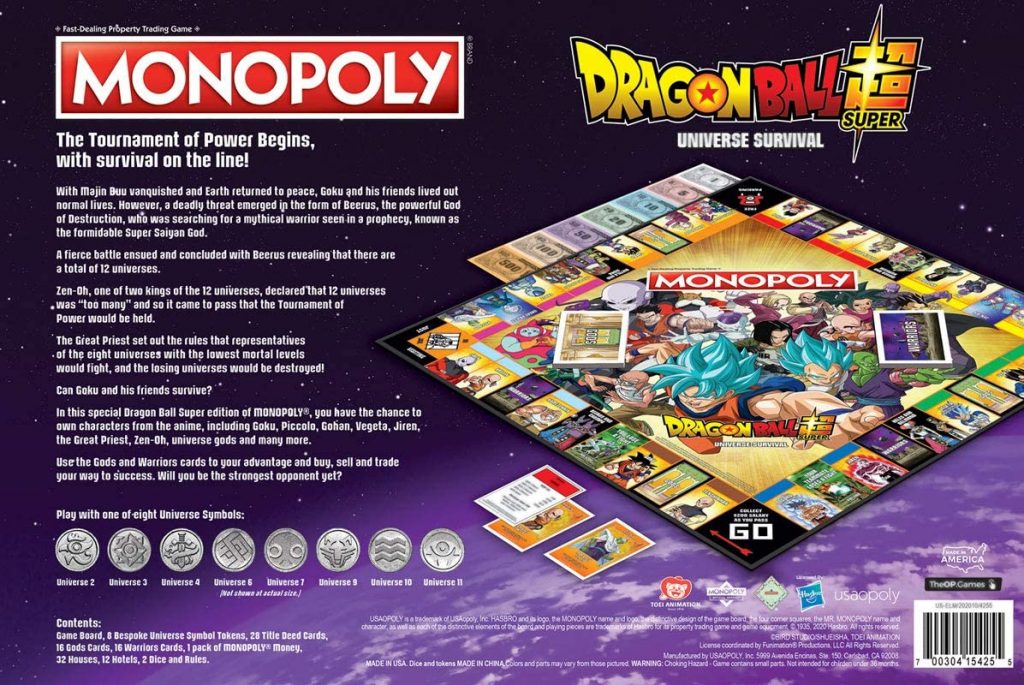