Kaguya-sama: Love is War anime series is getting a third season and an OVA

Season 3 and the new OVA are currently in production! 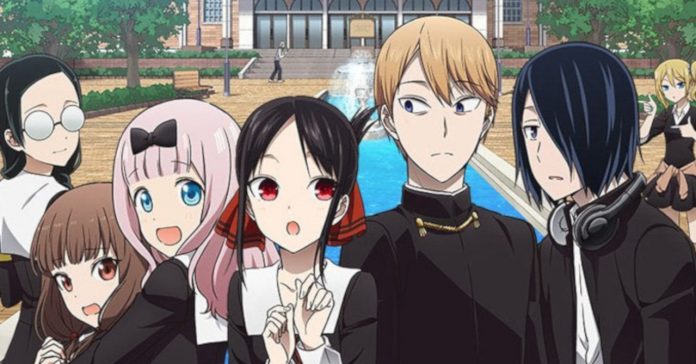 Kaguya-sama: Love is War is one of the most popular romantic comedy anime series right now thanks to its great cast of characters and incredibly funny moments. So it comes as no surprise that Love is War anime series is getting a third season!

The official Twitter of the series recently confirmed that Kaguya-sama: Love is War season 3 is currently in the works. Alongside the third season, it was also announced that a Love is War OVA will release in 2021.

While there aren’t any other details for Love is War season 3, we’re expecting S3 to also have 12 episodes like the previous seasons. As for its release date, we’re hoping that Love is War season 3 will release in the second half of 2020. Though we wouldn’t be surprised if it doesn’t get released that soon given the COVID-19 pandemic.

In case you’re unfamiliar, Kaguya-sama: Love is War follows Miyuki Shirogane and Kaguya Shinomiya, the President and Vice President of their school’s student council. While Miyuki and Kaguya have feelings for each other, both are too prideful to confess, leading to shenanigans where they try to get each other to confess their feelings.

Interested in watching the series? Season 1 and Season 2 of Kaguya-sama: Love is War is streaming now on Netflix!

- Advertisement -
Previous article
Motorola is back in the Philippines with the razr 5G and the Moto G 5G Plus
Next article
Smart launches ‘Smart Play: Squad Up’ – a Call of Duty: Mobile tournament