Fun if you're a competitive fighting game lover. 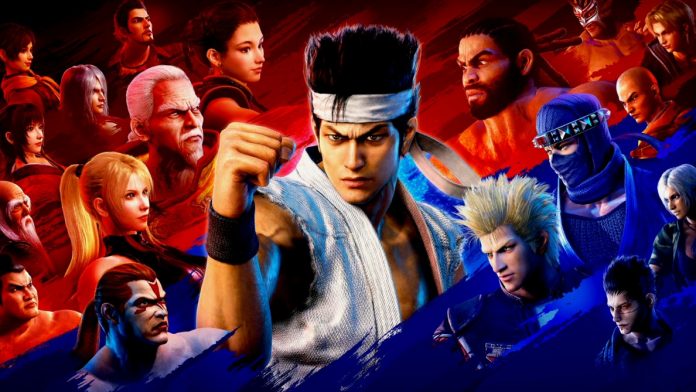 When we talk about 3D fighting games, the first thing that comes to mind is either Tekken or Dead or Alive, with both games giving the impression that they started the 3D arena style. But it turns out the first fighting game that revolutionized this kind of 3D style is Sega’s Virtua Fighter which released in 1993. Although it came out first, it was dominated by Tekken in the mainstream spotlight (especially now). Even though it’s not the fighting game king currently, Virtua Fighter does have a strong following. The reason why Virtua Fighter still has a following is its grounded gameplay with well-balanced mechanics and a rewarding learning curve.

Now, the Grand Daddy is making a resurgence with Virtual Fighter 5 Ultimate Showdown for the Playstation 4, introducing new players to this classic. 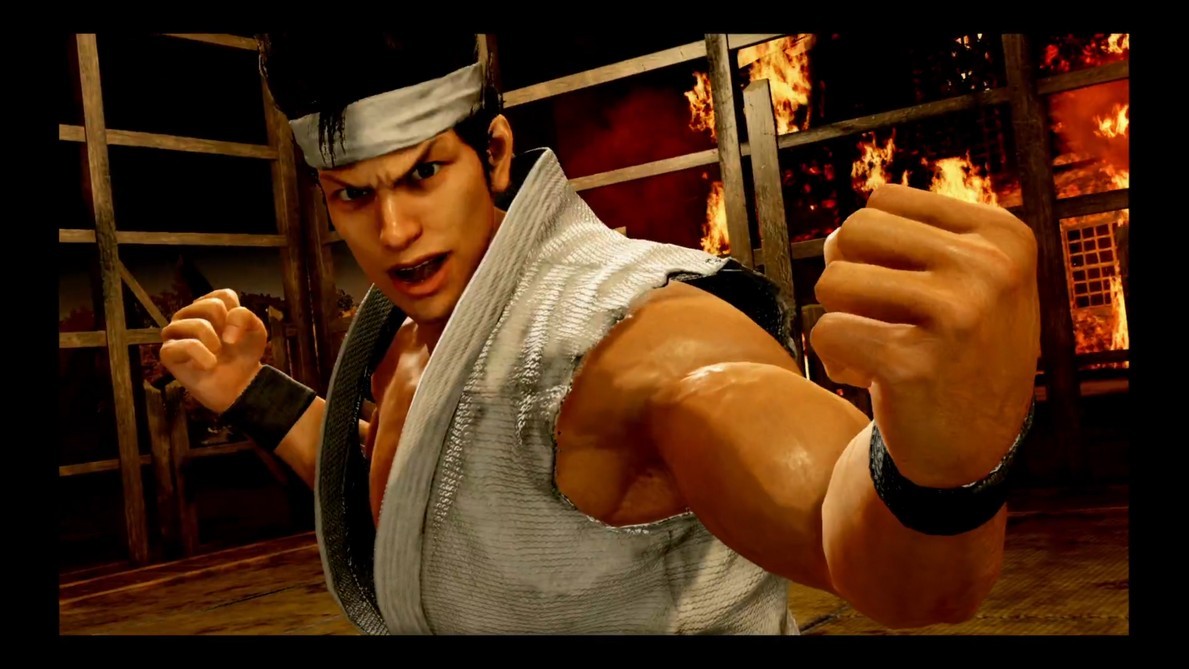 Virtua Fighter 5 Ultimate Showdown is the remake of Virtua Fighter 5 for the Playstation 3 and the Arcades. I never get the chance to play that version, but upon doing some digging, this PS4 port uses the Dragon Engine developed by Ryu Ga Gotoku Studio–the same guys behind the Yakuza series. This means characters and stages look new and polished, giving Akira Yuki that same look as those Yakuza guys from their other games. But just to add, if you head over to the Sega arcades in several Yakuza games and Judgement, you can play the arcade version of VF5 and other Sega games (pretty neat). So, I’m crossing my fingers for a Kiryū Kazuma DLC since the game has a small roster, but who knows if this will ever happen. 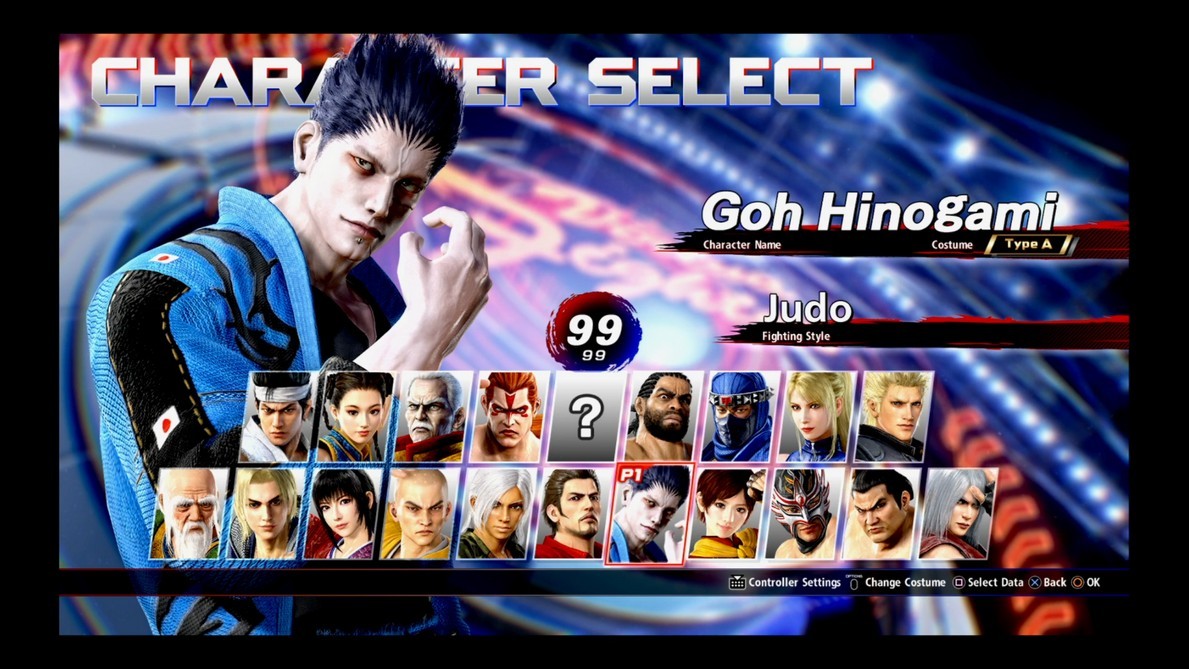 The VF 5 Ultimate Showdown is banking heavily on its online versus mode that it didn’t have any story mode or any other modes to speak of (by the time of writing), requiring the players to renew their PS Plus subscription to play the game’s online mode. Being straightforward about what the game is all about is not a bad thing, especially when your game just involves punching other players to the face until you knock them out. Still, it won’t hurt if they added more game modes for single players to enjoy like time challenges or a gauntlet to test their skills, so I do hope that the game receives a future update which adds extra modes in the single-player. Despite the game’s lack of other modes, the gameplay is still pretty solid and quite competitive in my opinion, even with its learning curve.

Be Water, my Friend 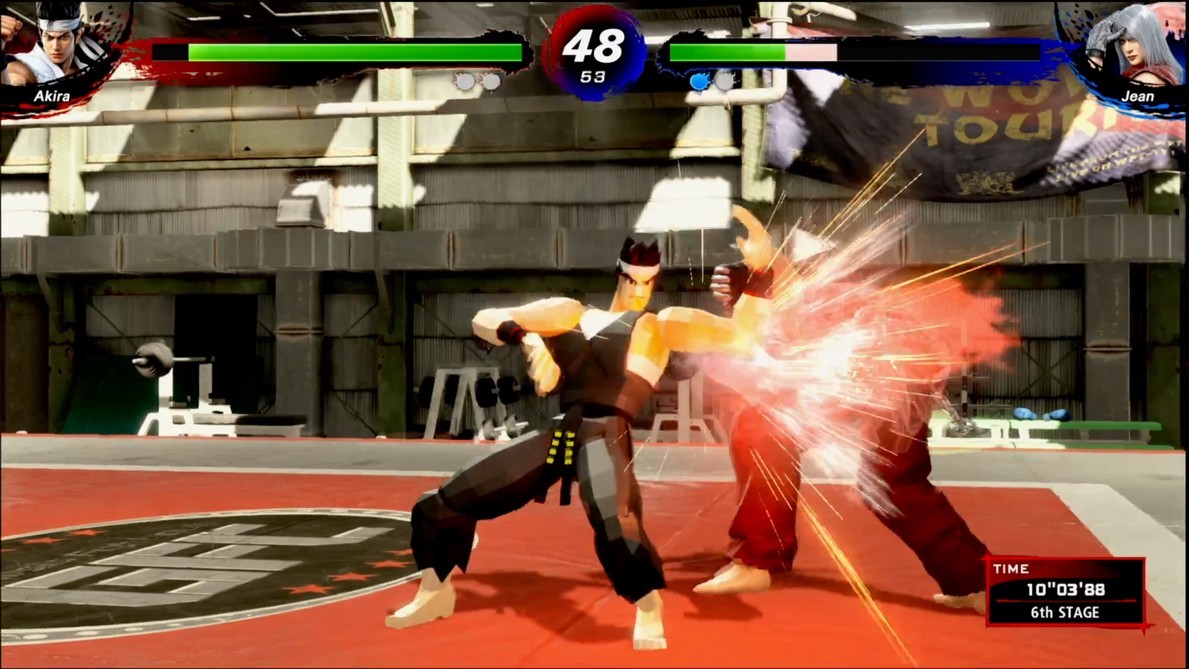 Like what I mentioned above, VF 5 has a heavy emphasis on its online versus mode, thus the original was dubbed as VF 5 esports, explaining the lack of other single-player modes in this PS4 port. But before you head over to rank matches, you still need to learn how to fight, and the best place to learn the game’s mechanics is at the Training/Tutorial mode. How I can describe this helpful training mode is the fact that it gives a lot of details, though it leaves it up to you if you can actually execute those button presses on time. So if you plan on being a pro in this fighting game, you’ll need to spend a lot of time in Training mode and not just in Arcade mode since there are just lots of things to learn in this game. 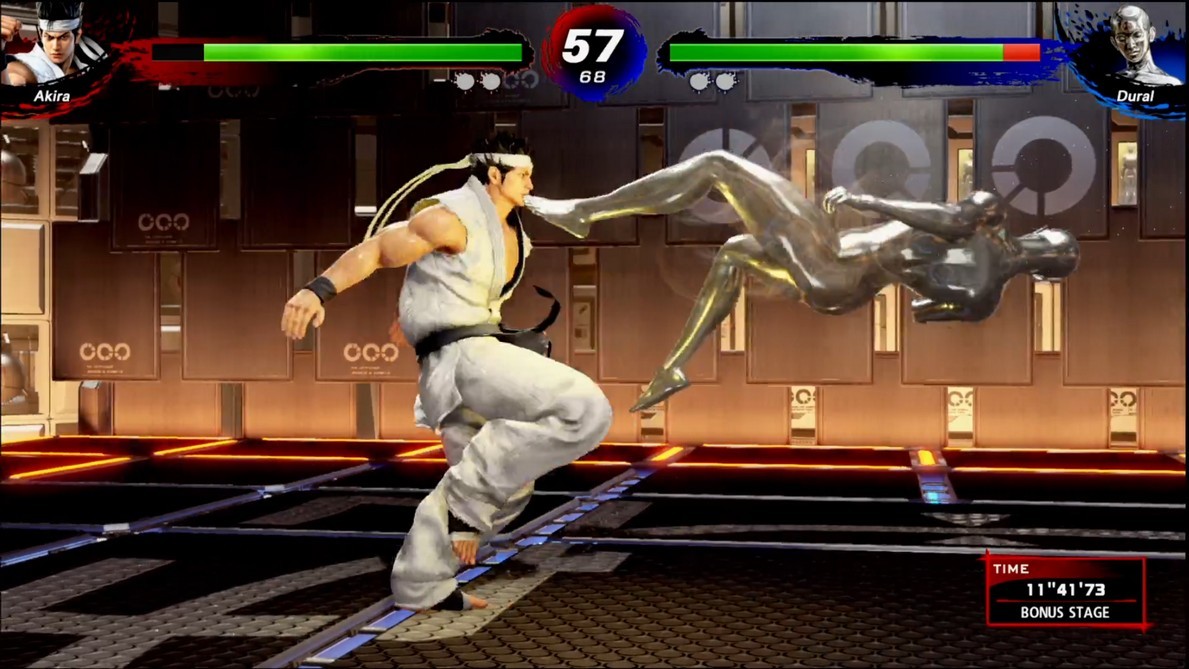 In my experience, I feel like the characters are quite sluggish in their movements, although I admit that I’m a fighting game noob. One of the factors that I can think that contributes to this sluggishness is the VF 5’s grounded gameplay. Leaving yourself open for attacks and receiving punishment won’t arouse you but instead, you’ll regret putting yourself in that situation as you see your health bar go down. Just like Tekken and DOA, you can also juggle your opponents whenever they hit the Arena’s edge or executes some power moves. But compared to those games (based on my experience) VF 5 physics sticks to realism, so whenever you toss an opponent in mid-air you only have a very short window of opportunity to unleash your full might. 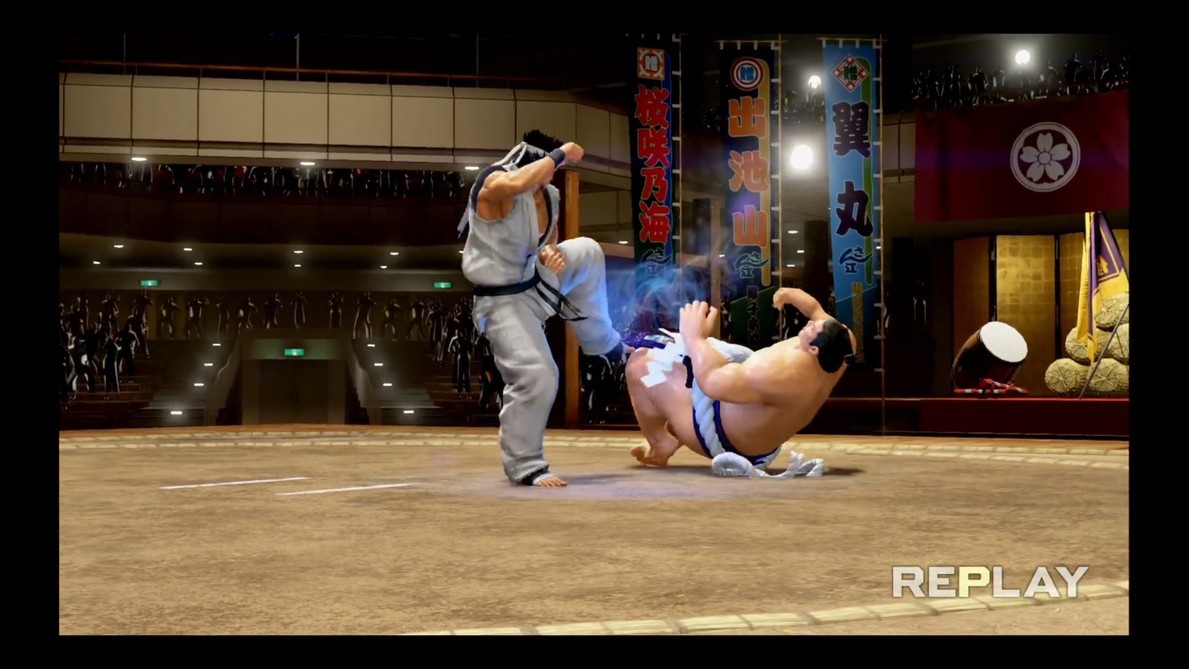 Admittedly, the learning curve can be indeed high considering that even getting up requires a certain key input. But once you get used to those input commands you’ll feel rewarded and you can start your climb to the rank ladder; that is if you feel cocky enough to brawl with players who actually knows how to play the game.

Even the crouching Tiger needs the hidden Dragon 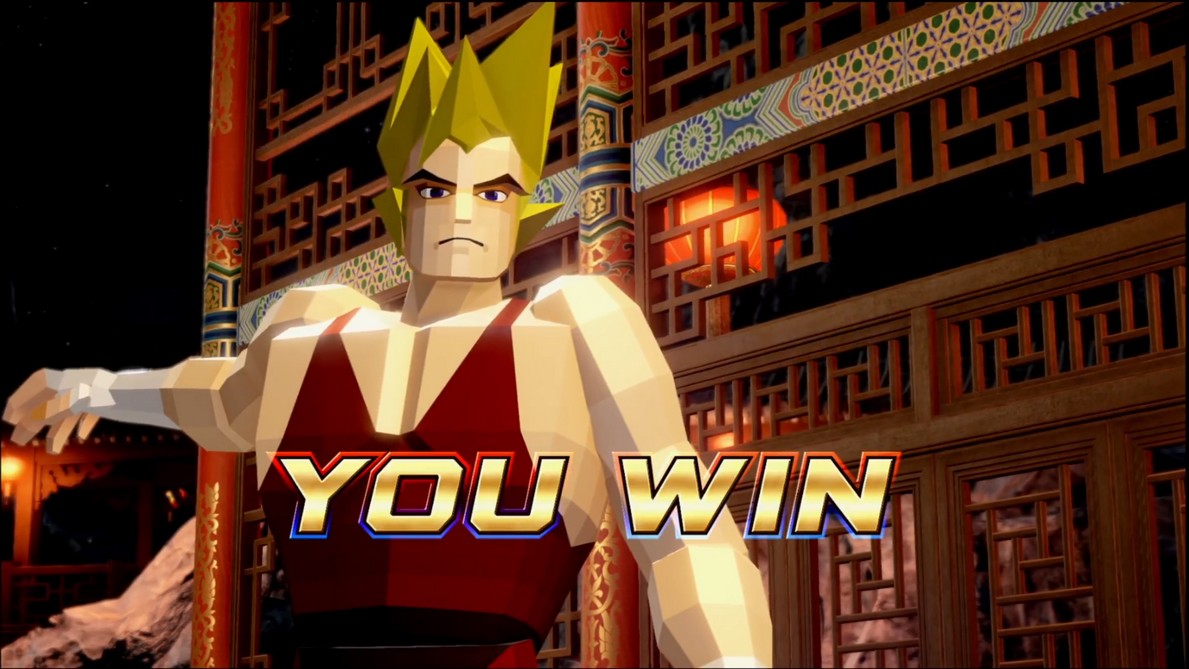 Meanwhile, the Arcade mode is straightforward as it could be. It is composed of seven stages and the difficulty is separated from too easy at early stages to hard (not too hard but Dural indeed put me to work). Finishing this mode won’t unlock any characters nor yield you rewards, so it’s more like a glorified training mode to pass the time. Although the Versus mode is indeed available, so you can ask a friend to play with you. Still, VF 5 Ultimate Showdown lacks other offline modes to enjoy solo. It’s quite lonely since it feels like it can appeal more to competitive players via the game’s online matches. 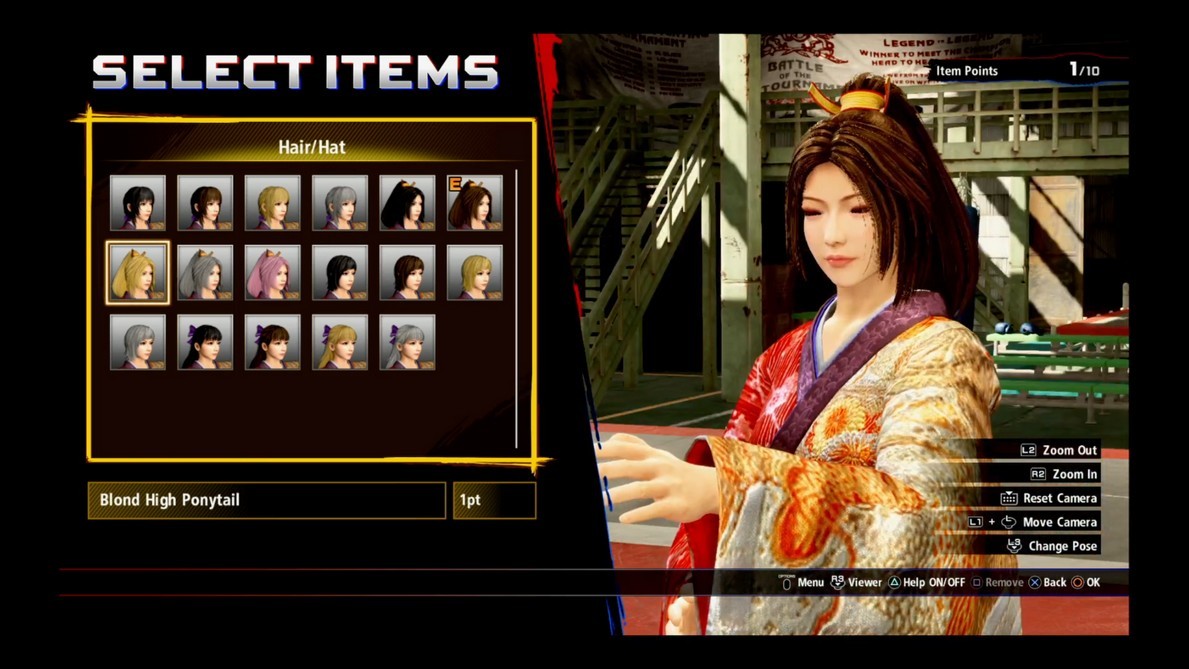 At the moment, the offline experience is still lacking but it doesn’t mean that you can’t have fun customizing your favorite fighter. With the polished visuals and new textures, every character feels good to look at. Still, the customization options are very limited. But if you purchase the game’s Legendary DLC, you can make the appearance of the fighter as their classic VF models, making this DLC kinda iffy in terms of being worthy or not. Since the best aesthetic option is behind a paywall, we can only hope for future updates to provide free customization options.

Virtua Fighter 5 Ultimate Showdown is pretty much the original VF5, but with a graphical overhaul. It is also your competitive VF title thus, online matches are required to fully enjoy this classic fighting game. The game still has that solid gameplay and has a steep but rewarding learning curve. Though the only things that hold back this game from being an easy recommendation for me is the lack of more offline game options, as well unlockable aesthetic items for characters being hidden behind a paywall.

Overall though, VF 5 Ultimate Showdown is highly recommended for those who’re looking for a new competitive fighting game. Plus, it is definitely worth checking out for PS Plus subscribers as it is available for free this month.

Virtual Fighter 5 Ultimate Showdown is a great alternative for other 3D fighting game out there with its solid gameplay and the game's updated visual this PS4 port is a good pick up. Although, its far from being the ultimate fighting game the grounded mechanics feels solid and the competitive matches makes this title worth.Virtua Fighter 5 Ultimate Showdown Review | Not Exactly the Ultimate Fighter