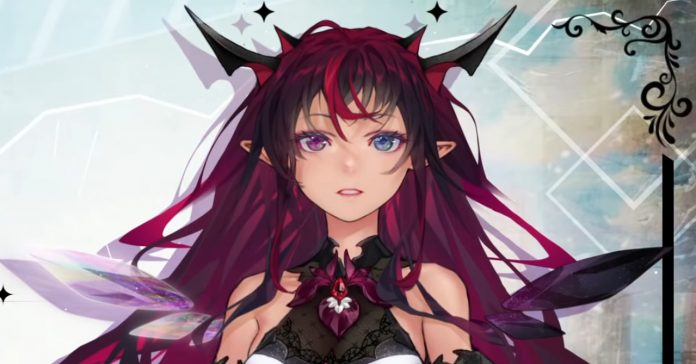 IRyS’ upcoming debut was announced via the Hololive English channel, and it gave us our first look at the new Virtual Singer, as well as some insight on here lore.

“IRyS, a half-demon, half-angel also known as a Nephilim, once brought hope to “The Paradise” during the ancient age.

Her full name is ███████ Irys. This current era, riddled with despair and desperation, has brought upon her second awakening. She has arrived to deliver hope, with her feelings put into her lyrics and songs, and determination in her voice.

Though she tends to retain her Nephilim form, she is still quite young within her race. With emotion and “other factors,” it is possible that her form may lean to either side. When that occurs, she bears a brief change in her appearance.

She does not speak of the events that preceded her second awakening. She faces ever forward, perhaps because she is Hope Incarnate, though no one knows for sure. Or could it be…”

As a VSinger, IRyS’ content will focus more on songs, unlike the first generation of Hololive English who usually do more gaming and variety streams. IRyS also follows in the mold of AZKi, Hololive Japan’s VSinger.