The demand for the Gura Nendoroid is massive! 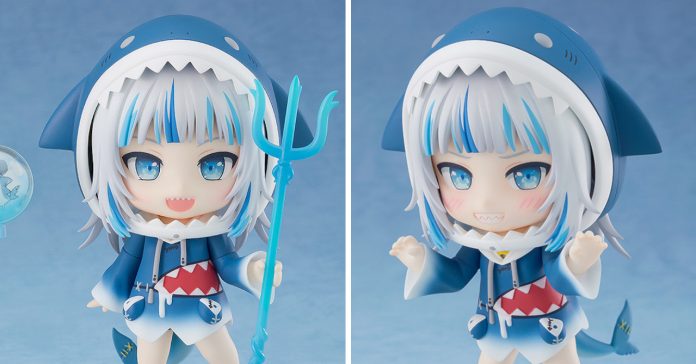 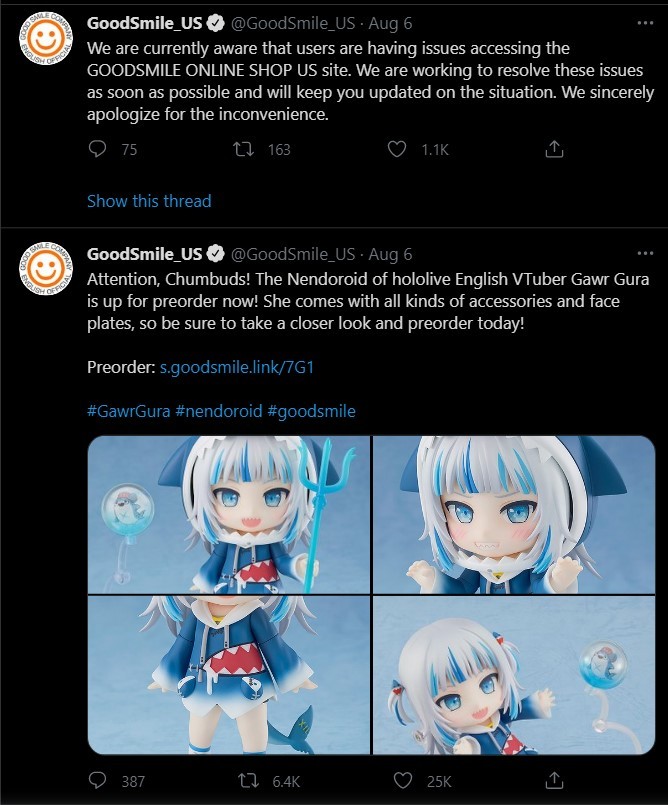 As shown in the tweet above, just after pre-orders for the Gura Nendoroid went live, GoodSmile acknowledged that users were having issues accessing the US online shop. While these issues were resolved, the Gura figure pre-orders were closed soon after. Aside from the GoodSmile US online shop, the official Japanese site and even other retailers such as AmiAmi also quickly closed pre-orders, meaning their figure allocation got sold out.

Meanwhile, local GoodSmile partner shops have also opened pre-orders, though pretty much all of these Philippine retailers have stated that pre-order slots are limited, meaning it’s likely that not everyone can get the figure.

Typically, Nendoroid figures are available for 1-2 months before pre-orders close. The fact that the Gura Nendoroid sold out in most retailers should mean that demand for the figure is massive. Though it shouldn’t come as much of a surprise. After all, not only is Gura the most subscribed VTuber to date, the Nendoroid itself is adorable, and it perfectly matches her design.

This Gura figure will release in July 2022. Given the demand, it won’t be too surprising to see a re-release/re-issue of the figure sometime in the future.