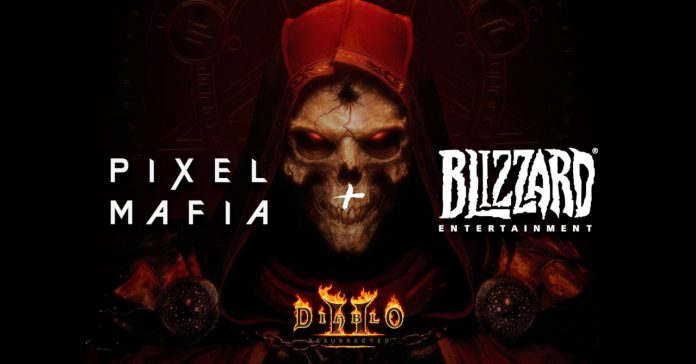 Shortly after the game’s release, Filipino art studio Pixel Mafia revealed that they helped out in the development of Diablo 2: Resurrected. Specifically, the studio contributed design and artwork that was used for the game.

In case you’re unfamiliar, Pixel Mafia is an art development studio that is based in the Philippines. This means they help create art and assets for big triple A titles.

Diablo 2: Resurrected is not the only big project that Pixel Mafia helped out with. Just last year, the studio announced that it was part of the development of Halo Infinite, Godfall, and Cyberpunk 2077. Aside from these, Pixel Mafia has also contributed to other big AAA games over the past years.

As for the game, Diablo 2: Resurrected is an enhanced re-release of the original Diablo 2. Similar to the Starcraft remaster, Resurrected’s gameplay is essentially the same as the original, but it has improved graphics, complete with 3D sprites, to make it look more like a modern title. This remaster of Diablo 2 also features various quality-of-life changes, as well as various improvements.

In related news, the game’s developers recently revealed how they made Resurrected more accessible to newcomers.