Attack on Titan's final season will continue in 2023. 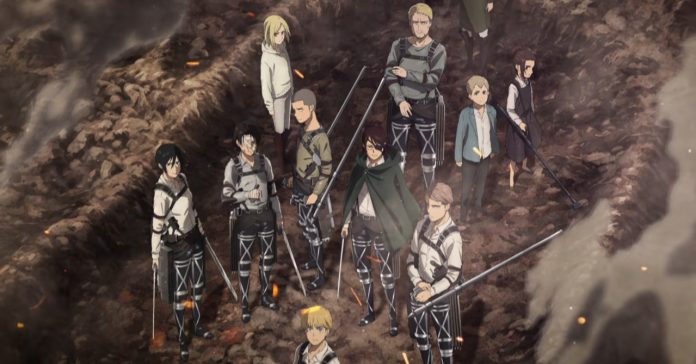 Following the final episode of Part 2, Attack on Titan The Final Season Part 3 was announced, and it will release in 2023.

The announcement was made via a quick teaser for Part 3 featuring the show’s main cast. You can watch the teaser here:

Along with the teaser, the key visual for Part 3 has also been released:

In case you’re unfamiliar, Attack on Titan is an ongoing anime series based on the manga of the same name by Hajime Isayama. The series’ premise is described as:

“When man-eating Titans first appeared 100 years ago, humans found safety behind massive walls that stopped the giants in their tracks. But the safety they have had for so long is threatened when a colossal Titan smashes through the barriers, causing a flood of the giants into what had been the humans’ safe zone. During the carnage that follows, soldier Eren Jaeger sees one of the creatures devour his mother, which leads him to vow that he will kill every Titan. He enlists some friends who survived to help him, and that group is humanity’s last hope for avoiding extinction at the hands of the monsters.”

Right now, there’s no word yet on a specific release date for Attack on Titan The Final Season Part 3. Though given that the first two parts were released in late 2020 and early 2022, respectively, we may see the release of Part 3 in early-mid 2023.

Haven’t seen Attack on Titan yet? You can watch all seasons of the anime now on Netflix in the Philippines, and through Crunchyroll in the US.