Party-going druids and bards, anyone? 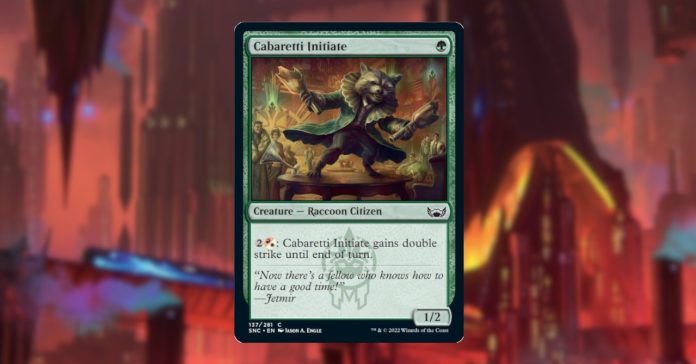 Magic: The Gathering’s latest expansion want to make an offer you can’t refuse with Streets of New Capena!

The latest set mainly involves five crime families vying their way for dominance over the Metropolis of New Capena – a place run not only by angels and demons but also some rather interesting (not to mention, party-going) forest-dwelling cult of druids and bards called the Cabaretti. Now that’s my kind of happening!

Here’s a description that describes the faction, which is primarily associated with the red, white and mainly, green color pie in the game – akin to Naya back in Shards of Alara (source: Homecoming).

The Cabaretti are a fun-loving cult of druids who throw the hottest parties in town. They are the glitterati of the city and everyone wants to be invited to their feasts and dance halls. They use ancient magic to sway the opinion of the masses and keep the halo flowing. The party never ends if you keep paying, but the moment you stop, you might find it hard to leave.

Their new year celebration, called the Crescendo, is the grandest of the parties the family hosts.

Take a look at our preview card Cabaretti Initiate below in its normal frame. You got to love that art by Jason A. Engle! 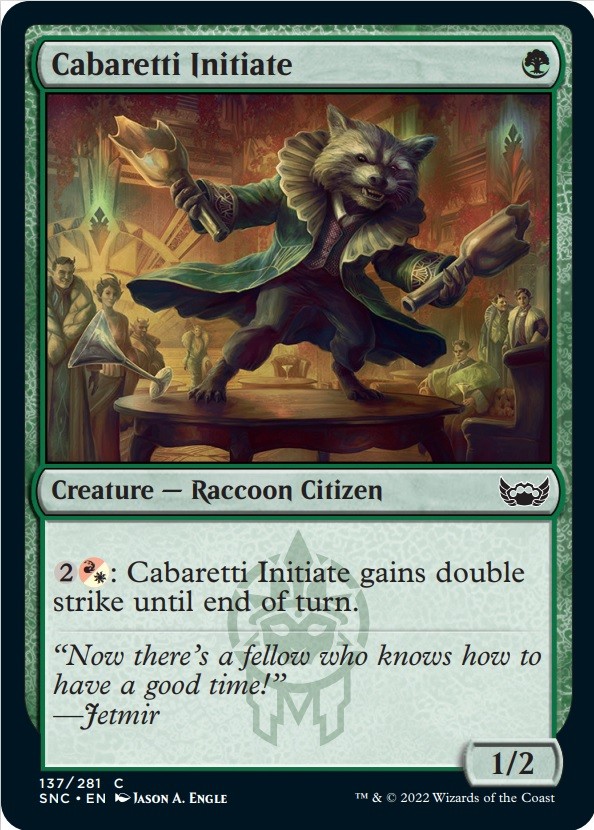 First off, a one to cast for a 1/2 body is always good and can set up a solid early game that can fend off or deter some pesky 1/1 creatures because of the added toughness.

Another thing about our raccoon citizen (gotta love that title) is that it has a cool combat trick that you can activate if you run the Naya colors and that it can give the Cabaretti Initiate double strike for that turn! That explains the two broken wine bottles I guess.

Many thanks to our friends at Wizards of the Coast for sharing this card tease to us!

Streets of New Capenna prerelease events starts on April 22, followed by the set’s digital release over at Magic: The Gathering Arena on April 28.

The set will officially roll out to your friendly local game stores on April 29. You can use this store locator to find a place that handles Magic: The Gathering.