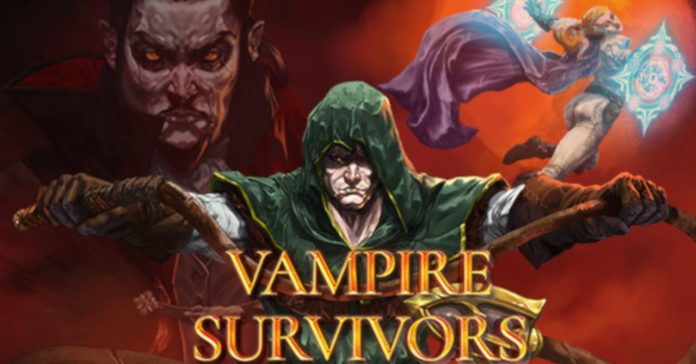 The huge hit indie game Vampire Survivors took over the stream schedule of our beloved Vtubers from Hololive, Nijisanji, and even indie Vtubers like Oren Ch. for the past month. Even today, we see these streamers come back to the game from time to time and see them play for many hours. Ayunda Risu of Hololive ID even admitted that she was addicted to the game, and she even mentioned that she plays it again off-stream.

So, why has this game taken the streaming/VTuber world by storm? Let’s have a look at what it’s about.

These are Vampires and we are the Survivors 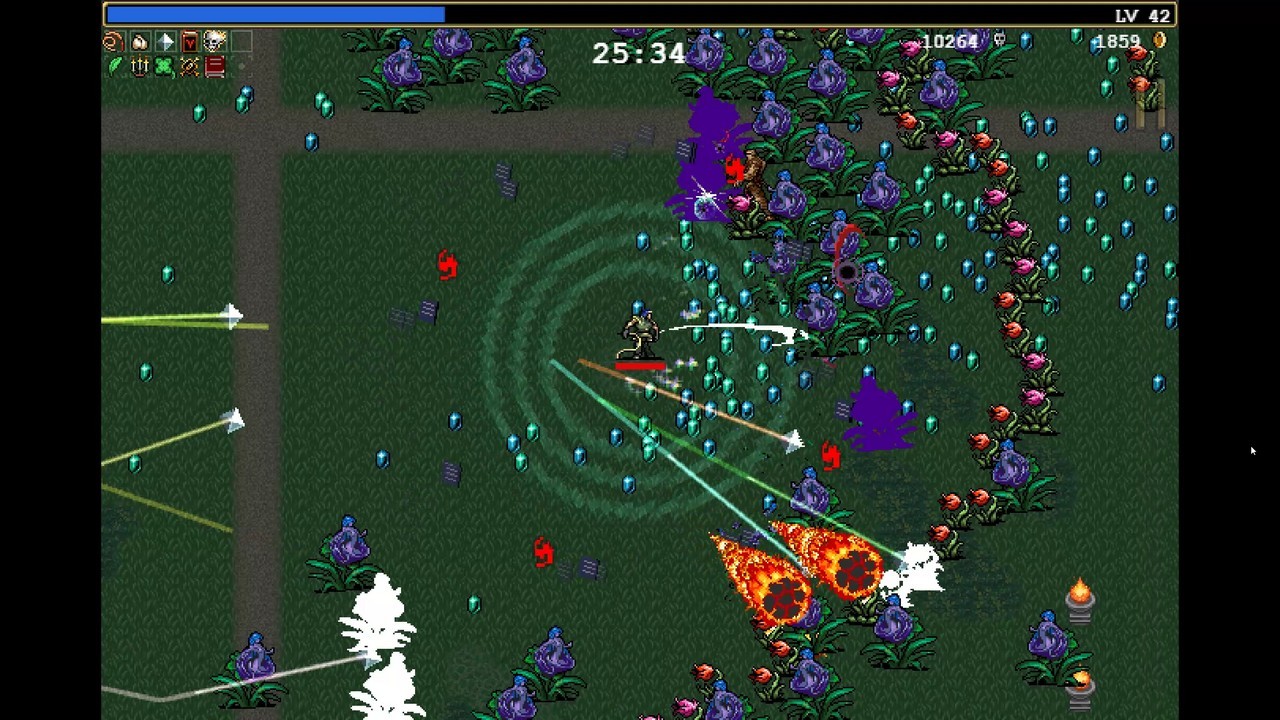 Vampire Survivors is a roguelite shoot’em up role-playing game developed and published by Luca Galante (poncle). The game pits you against a horde of enemies that grows in hundreds to thousands, all ready to maul you down. Players must survive a thirty-minute timer with the help of power-ups that they can gain through leveling up as they progress through the game.

There is really nothing more to say about the whole gameplay of Vampire Survivors other than it has a minimalistic design with roguelite elements thrown into it. You just simply control your character with the WASD or Arrow buttons while navigating the hordes of enemies flooding your screen with your character and occasionally throwing attacks to the horde. Your only goal is to survive long enough through the thirty-minute timer and purchase the available upgrades and start over by repeating the cycle. But for some reason, when I played, I couldn’t get enough of it and I lost track of time, despite the game having this simple and (arguably) repetitive gameplay.

In my experience, the simple design has its own charm, and that’s why people are drawn to playing the game. I can’t stress it further, but if you spend many hours playing Vampire Survivors your brain will melt. You don’t have to invest too much thinking while playing the game you just have to survive and nothing else. The only strategy that’s involved here is just what upgrades should you get, which is determined by luck.  But every time you end a run, you’ll get the itch to go for another round.

Just a fair warning though, the game involves lots of flashing lights so I would suggest turning it off if you’re sensitive to sudden flashes. 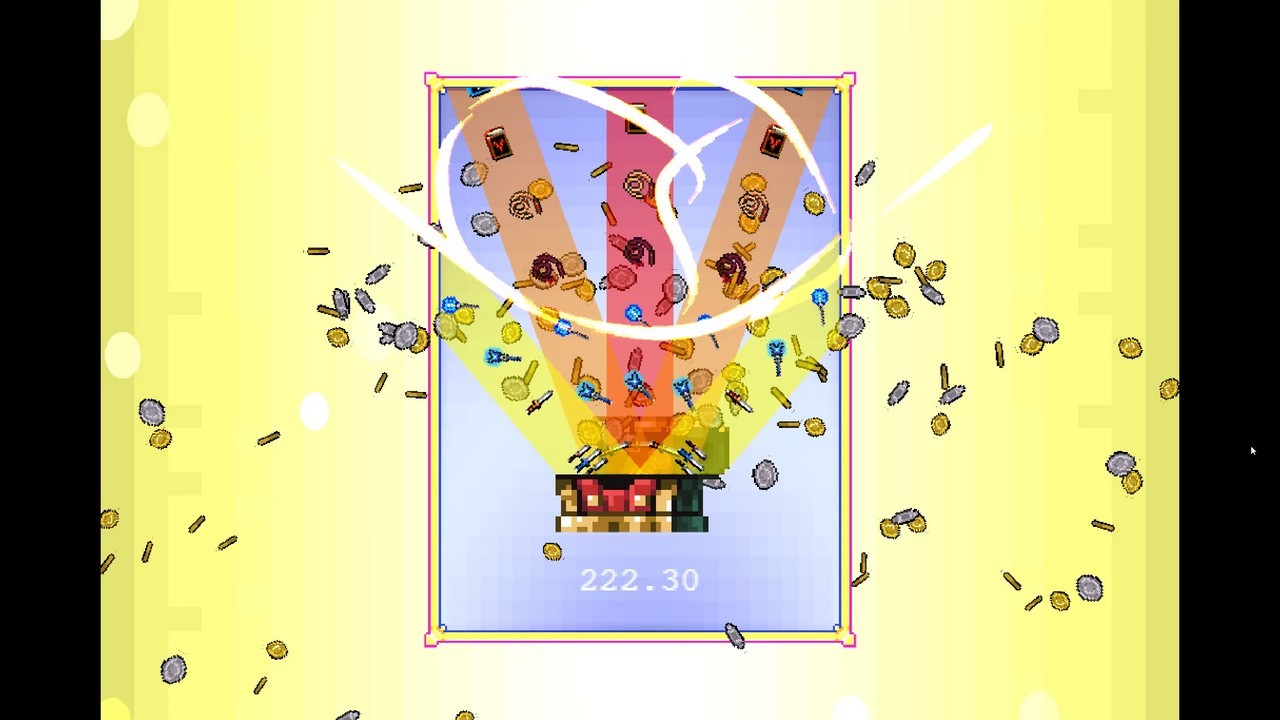 Perhaps another reason why Vampire Survivors’ simple design worked is its added twist. True to its roguelite element is the random power-ups that you can obtain whenever your character level up. There are tons of weapons available that you can choose from that are either offensive or defensive in nature, and all can grow in power when you level it up.

Each weapon has its pros and cons, and depending on your luck, it can either screw you over especially in the early parts of the game. Since the RNG can provide you with weapons that have low firing rates like the peachone or the magic wand, which requires tons of investment before they can become effective. Due to this, expect that you’ll be repeating the same cycle many times if things go south. But the fascinating part is the number of combinations and the available weapon evolution you can do to pepper the enemies on your screen. Combining this with the horde of enemies you can mow down, the RNG provides a rush of dopamine in your brain despite the game having a repetitive cycle.

If you haven’t played or watched any streams of the game, that hundred or thousand counts of enemies are no joke; they literally flood your screen with little space for you to navigate. There is a point in the game when you can’t really tell where your character is at, but certainly, you cannot miss the inspiration behind the design that strikes a huge resemblance to a certain vampire hunting game.

If we’re gonna talk about the game’s lore, it is simply a generic tale of an evil “person” named Bisconte Draculó who spreads his evil to the land of Rural Italy, inflicting famine to the land. Now it’s up to the Belpaese family to bring justice to his misdeeds and bring good food to the table. At least that’s what the free version told about the game’s premise, but if you’re wondering if you have heard this story before, chances are you did.

Obviously, the game takes heavy inspiration from Konami’s Castlevania series, from the enemy, weapon, and character designs all being inspired by the said game series. Only you don’t have to scourer a huge castle to look for a vampire who won’t die. No one is absolutely complaining about the design though, everyone who played Vampire Survivors is definitely digging the its visual design combined with its retro BGM.

Some people might find the Castlevania references to a bit lazy considering the game has simple gameplay, but based on what the dev said about the game, he never actually expected it to blow up and be this popular. He just simply likes making games in his free time. There is no real ill intention, it just simply blew up and became a hit. He even took his time to check if the game’s sprites as, in hindsight, it deeply resembles Castlevania assets. And just to avoid any legal issues, he reached out to various artist to make the sprites unique to the game.

To close things out, perhaps the appeal of the game to is the feeling of mowing down enemies on the screen while wondering what kind of weapons yo would get. So, if you haven’t tried the game yet go check it out at Steam as it only cost USD 2.99 or PHP 99.95. You can also try out the Android and browser version for free. The game still receives constant updates, bringing new stages and characters to try out, making the game a worthy pick up.