Cosplayer undergoing chemo makes the most out of her situation, cosplays as Saitama from One-Punch Man

Here's hoping for a speedy recovery! 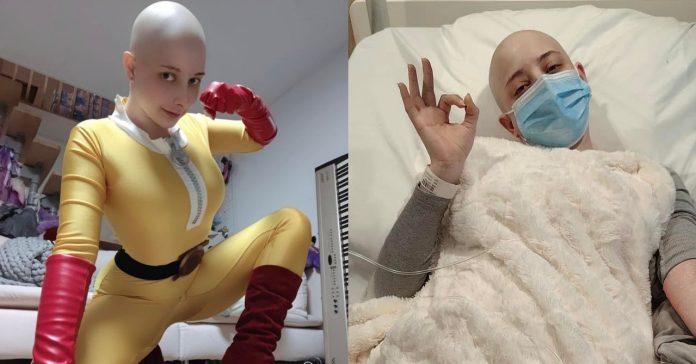 Cosplayer Mikomi Hokina recently revealed that she has been undergoing chemo for her condition, but she made the most out of it with an awesome cosplay of One-Punch Man’s Saitama!

Recently, a One-Punch Man fan page, shared a story about Mikomi Hokina. There, they mentioned how the cosplayer was recently diagnosed with breast cancer and that it was discovered at an early stage. Because of this, she will need to undergo 5-6 months of chemo, followed by surgery.

Anyone diagnosed with cancer and needing to undergo chemo will certainly have a tough time dealing with it, but cosplayer Mikomi took it like trooper. With her new look, she cosplayed as Saitama from One-Punch Man. And if you ask us, she definitely nailed it!

Mikomi first shared information about her cancer via a video uploaded on her page. There, she detailed her story. It has been three months now since the release of that video, and Mikomi has continued to release new cosplays. Here’s hoping, then, for a speedy recovery!

You can check out more of her work over at her Facebook page. Though you might want to check her cosplays and other works at home as Mikomi has some NSFW content.