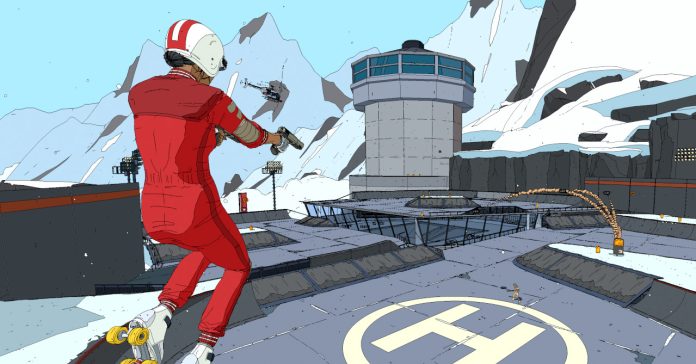 We recently got our hands on Roll7’s newest ‘more than extreme’ sports title, Rollerdrome, and we shared our thoughts on the newest skate-y-shoot-y amalgamation this side of 2022. Since I think I went into too much detail, I return to neatly wrap things up. Sit tight. Or don’t, if the adrenaline just kicked in. 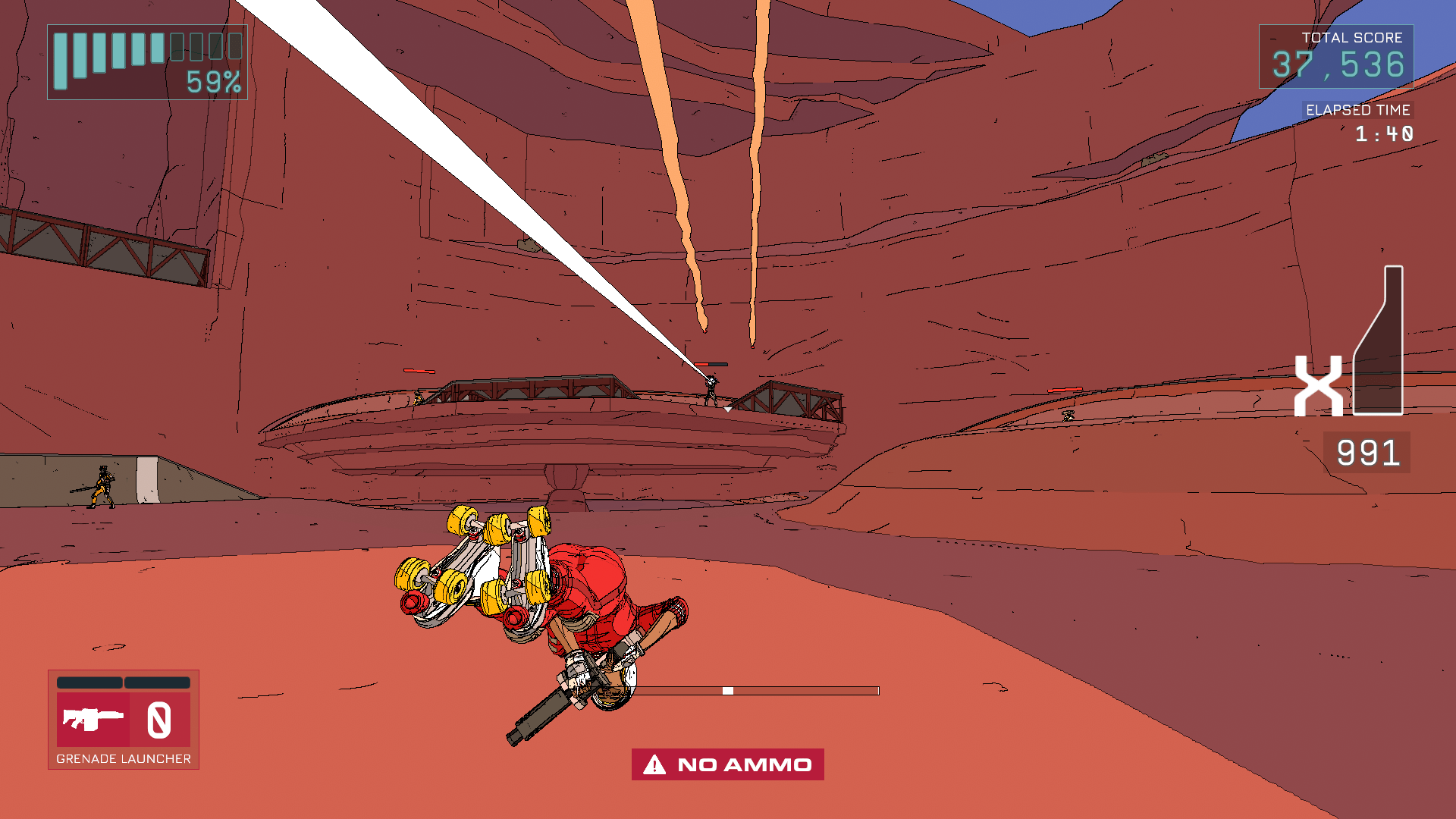 Rollerdrome features a semi-post-apocalyptic backdrop where a chosen few athletes must compete in lethal, extreme roller-skate derbies filled with the wackiest cavalcade of armed combatants–complete with military-grade weaponry. I know this all sounds great on paper, but it’s one hell of an ordeal to survive through. Strap up!

Pushing all the buttons

Rollerdrome’s similarity to OlliOlli World ends with wheels and half-pipes–and scoring style points. While there’s a bit of whimsy to be had in this title, it’s more about the rolling violence. It’s not the graphic kind, but the ragdoll physics makes up for the lack of gore.

The game changes when you whip out your firearms. Aside from doing spins, grabs, and flips, you need to frag a few baddies along the way. The risk of death combined with the need to get a good enough score really pushes you to step up your skate game. 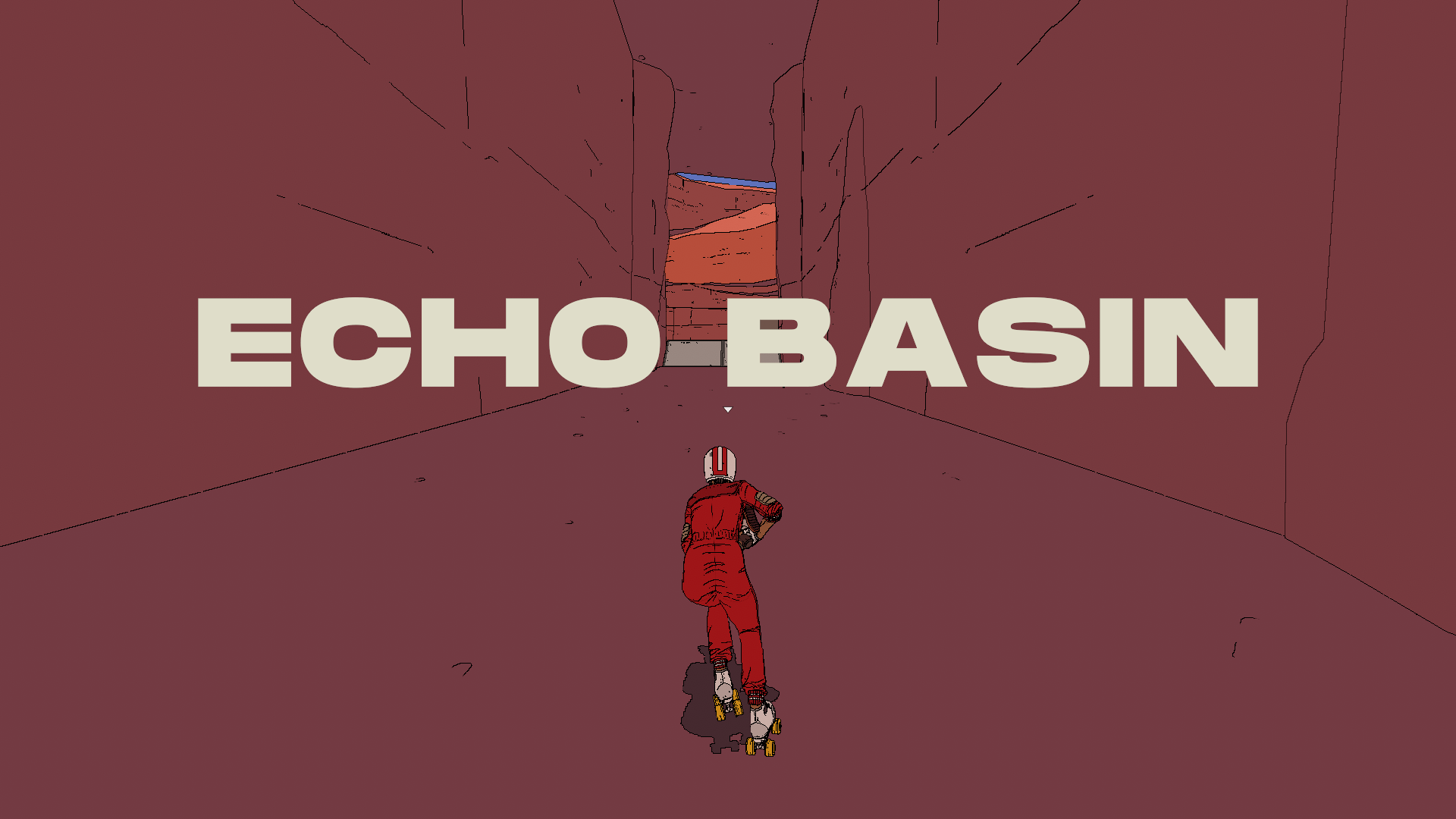 Trust me when I say that you will struggle at first–well if you’re not really a patron of these kinds of games. Filthy casuals like myself died more times than I can remember, but the learning curve isn’t steep enough to force me to quit altogether. Once you learn how to chain combos WHILE calmly shooting enemies from across the arena, you’ll be fine.

For the most part.

Rollerdrome follows a very linear path. You kick things off with the opening stages, then quarter-finals, semis, and then the finals–afterward, if you’re so keen, there’s Out For Blood. A fair amount of challenges await you–and it would be wise to keep track, lest you get stuck in the opening. 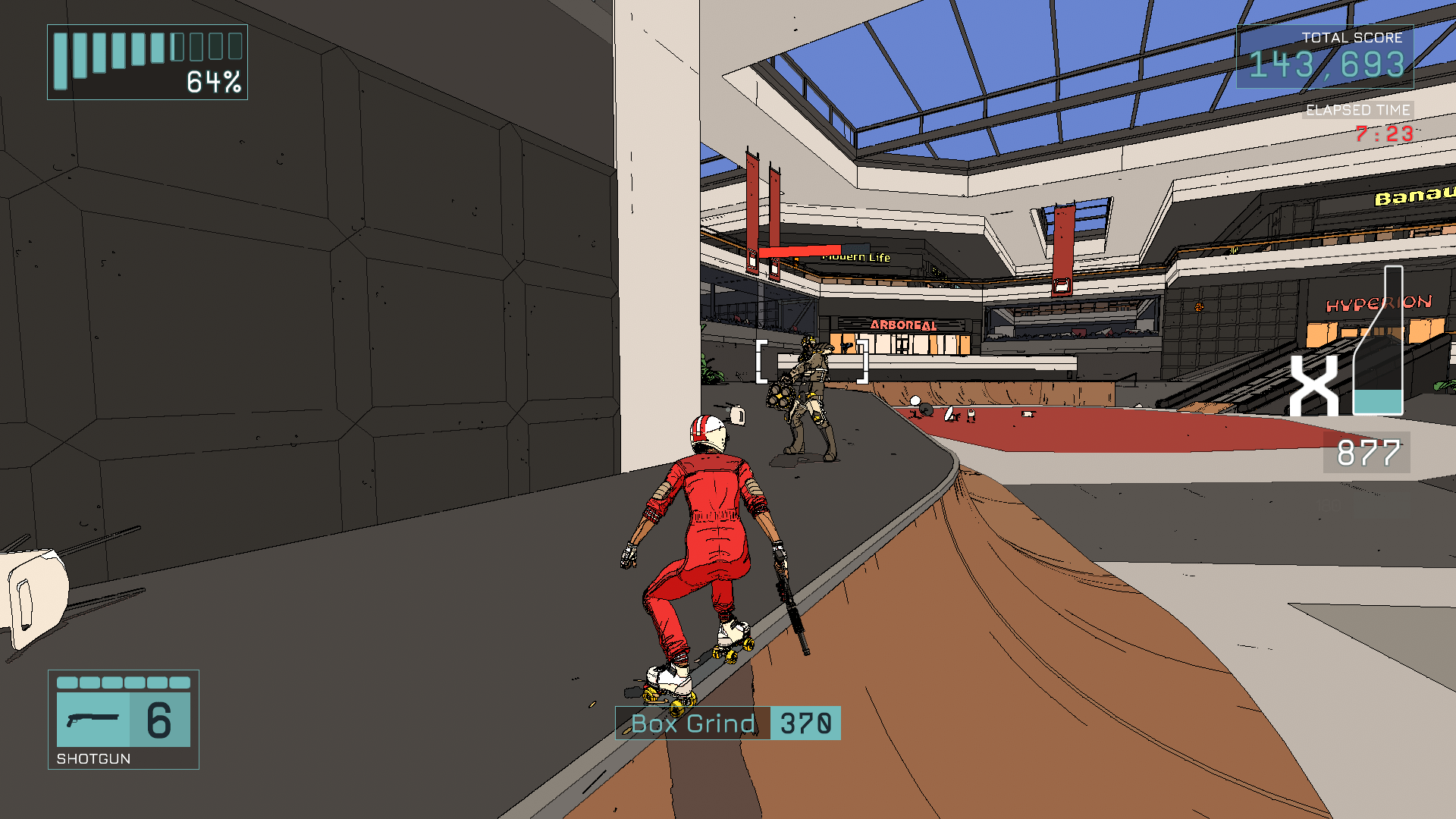 In terms of story, there’s not much to go around aside from a conspiracy involving the higher powers who organize the tournament, and the athletes with hidden agendas. You follow rising star skater Kara Hassan into the said post-apocalyptic skate tournament while picking up expository clues in the form of first-person gameplay between tournament segments. The art style is nice and minimalistic–reminiscent of old-school comics. This carries over from the tournament areas to the locker room. 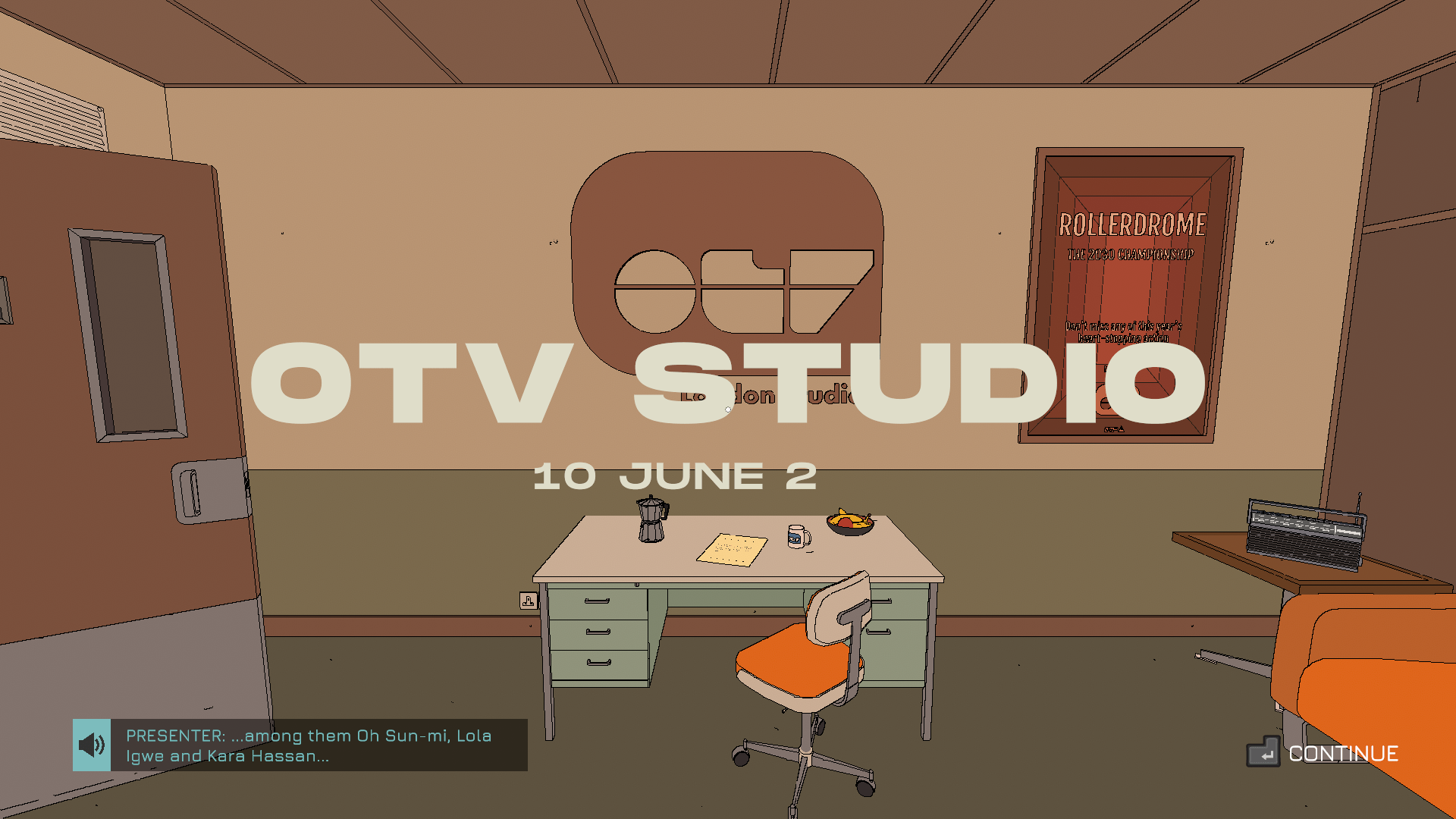 While linear in nature, make no mistake. Rollerdrome will wring you up and leave you out to dry if you don’t take it seriously. It’s challenging enough to make you want to learn, but not unforgiving in a sense that you’ll label it the “Dark Souls of Skate Games.”

Learn on the fly, or die

The game immediately suggests you use a controller–and if you are a controller aficionado, follow that tip. Trust me, it’ll save you the heartache. If you’re team mouse and keep, you’ll fare better on those peripherals. 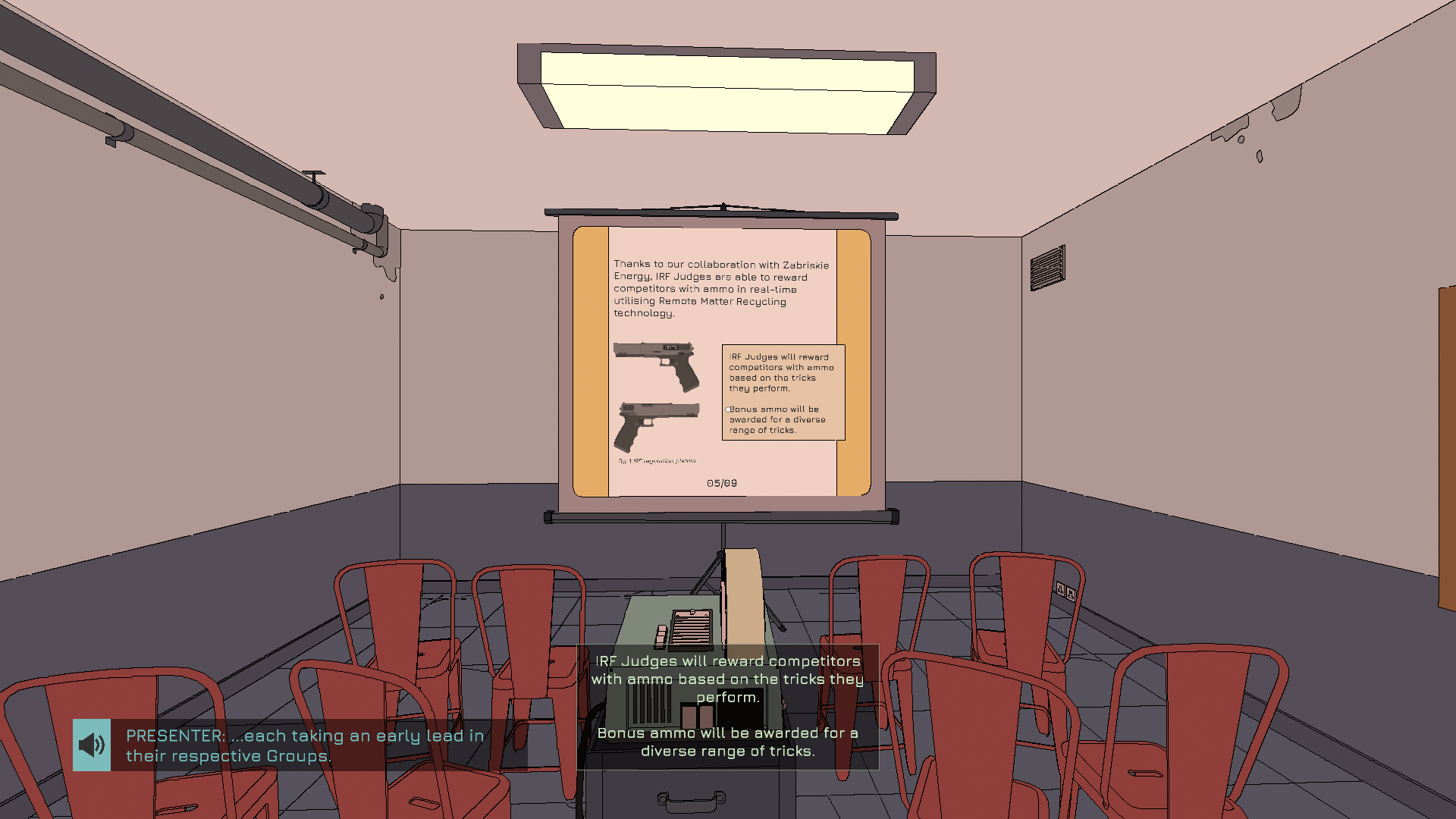 As someone who rarely uses a controller, it was nigh impossible to switch things up. While controls are somewhat limited on the keyboard, I was, at the very least, familiar. Timing and button combinations are key and could mean the difference between clearing a stage, or retrying. 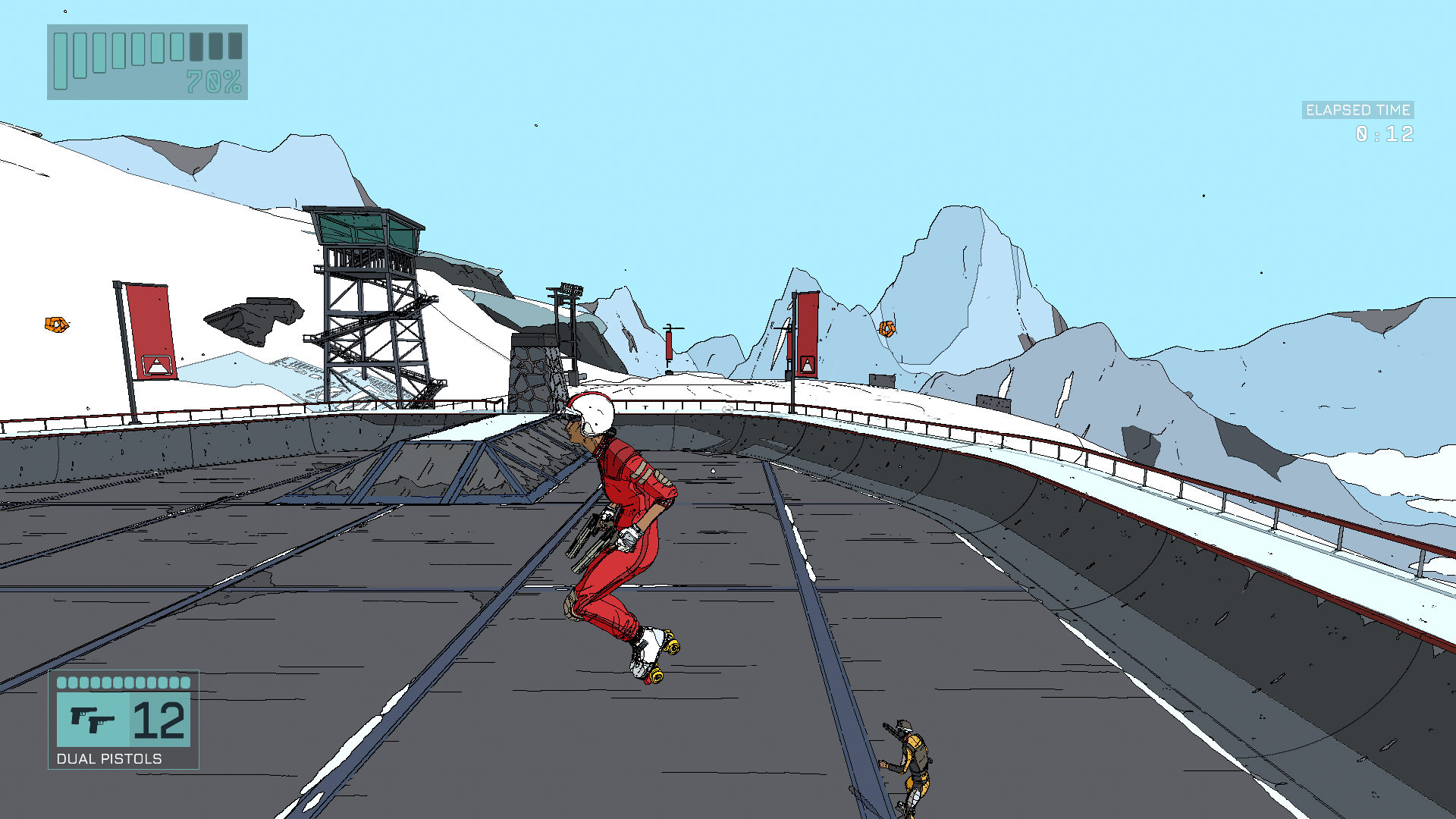 If you’re the type who gets frustrated quickly, you won’t have a great time. You’ll be hard-pressed to learn from your mistakes, and will likely be repeating stages to grind out points and challenges.

You probably know what I’m about to say, so here it is.

Rollerdrome won’t be for everyone. It has a challenging learning curve, a necessity for more than decent hand-eye coordination, and an art style that deviates from most of its “skater” contemporaries. If you loved OlliOlli World, you’ll appreciate the familiar feeling of putting together stylish moves with seamless skate-based gameplay. 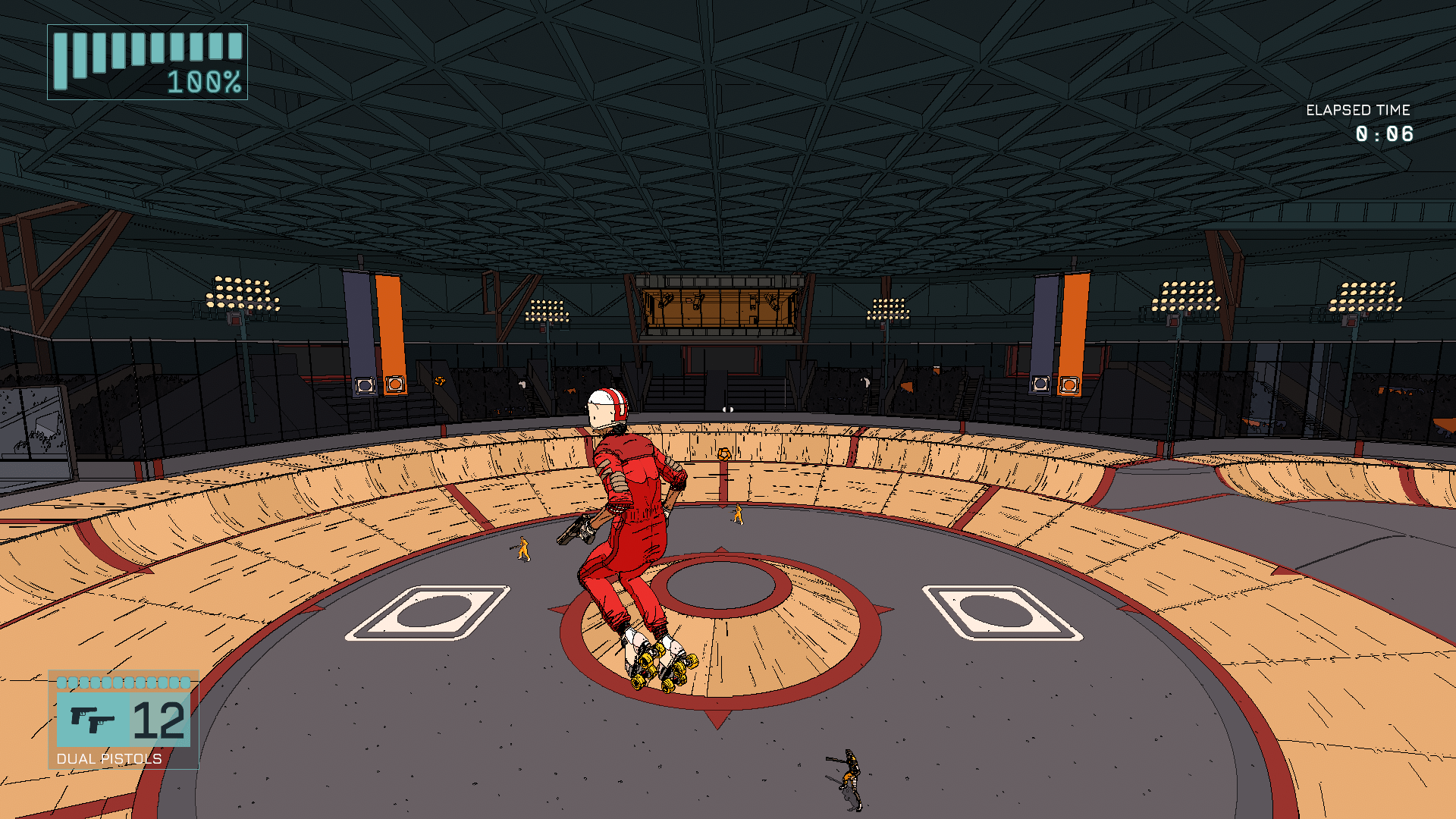 However, if you don’t enjoy getting shot while doing so, this won’t be your cup of tea. The action is an additional layer of challenge, and won’t be a welcome change for some. 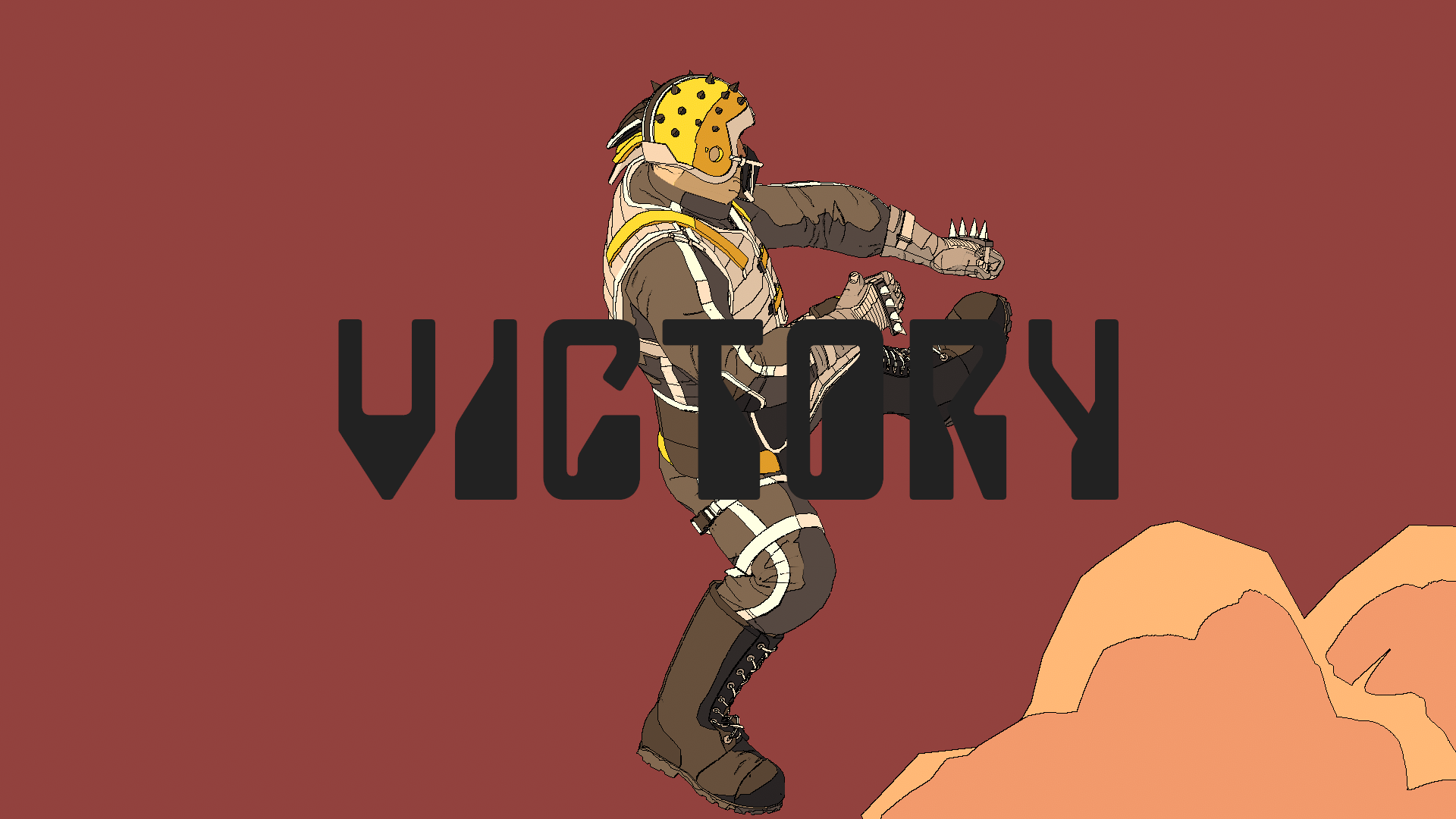 Roll7 has made a name for skate games, and I think that’s beautiful. They have a knack for it, with a clear understanding of the kind of aesthetics and gameplay choices that its target demographic clamors for. Their games look, feel, and sound great–Rollerdrome doesn’t fall too far from the tree.

I must quote past me from our initial impressions and say that if you want a challenging, yet casual-friendly game, pick up OlliOlli World and its VOID Riders DLC. If you’re a completionist with superb gamer skills who refuses to play anything easy, then you’ll absolutely love Roll7’s, new skate-shooter baby.

It’s a solid game that serves as a decent nostalgia trip with good music, smooth gameplay, and a refreshing concept. While not everyone’s cup of tea, and rather difficult from the get-go, it’s still an enjoyable time–if you put in the time.

Rollerdrome just dropped today, August 16 on the PS4, PS5, and PC via Steam.

Rollerdrome Review | You Thought Skating was Hard Enough?Rollerdrome won't be for everyone given its devilish difficulty, but if you're a hardcore player who wants to test your skills, this new game from Roll7 is well worth checking out thanks to its fun-yet-challenging gameplay an great sense of style.