OlliOlli World: VOID Riders Review | A whole lot of fun on a half-pipe

It's OlliOlli out of this World. 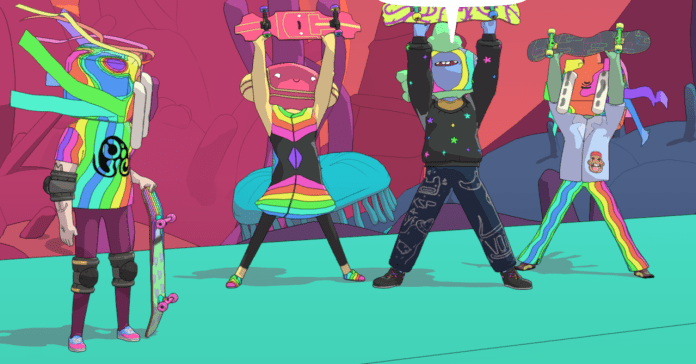 We got the chance to review Roll7’s OlliOlli World earlier this year, and it’s surprisingly a pretty darn good platformer. There’s a lot of charm behind the game–from its quirky, colorful world, to the characters themselves who speak in what seems to be a cross between Simlish and Animal Crossing vernacular. We had fun, and the praise it’s received is well-deserved.

Now, we have some sweet DLC on our hands. Will VOID Riders grind its way to gnarly supremacy, or will it faceplant and fall short of everyone’s expectations?

The DLC comes baked right into the game as it should, but it’ll take a bit of time to actually get there. You need to reach the third map (Burntrock) and complete the stage, Route 666. Only then will you get to meet our new friends, The Void Riders: Pftanxi, Sair’Rah, and Khehvyn, and the big kahuna himself, Nebulord.

What follows is string of challenges and side quests divided between three maps designated to each Rider. You’ll need to complete each “boss stage” to get to the meat and potatoes of the DLC–The V.O.I.D. The stages introduce new mechanics and obstacles, like tractor beams, actual spaceships, and disappearing terrain. It brings about its fair share of fun and difficulty, and you’ll definitely feel the latter ramp up.

Gameplay aside, you can’t deny how gorgeous the scenery looks, given it’s “interdimensional” motif. The colors pop, and the aesthetic is both awe-inspiring, and distracting. It’s likely part of the challenge–keeping your eyes on the railing that JUST DISAPPEARED.

All things considered, you’ll get a kick(flip) out of the DLC’s contents. In spite of its overall size, there’s a certain level of replayability, especially for those who want to get perfect scores and collect all the cosmetic items.

Get good or get wiped out

If you enjoyed OlliOlli World, beat it, and re-played it to your heart’s content, VOID Riders will be a very enjoyable piece of cake. For those who’ve mastered every facet of the game, the new mechanics will only make the experience even better. The change of scenery and pace is enticing enough to keep you hooked, and it’s highly likely you’ll sink a lot of time trying new tricks and combos in The V.O.I.D. 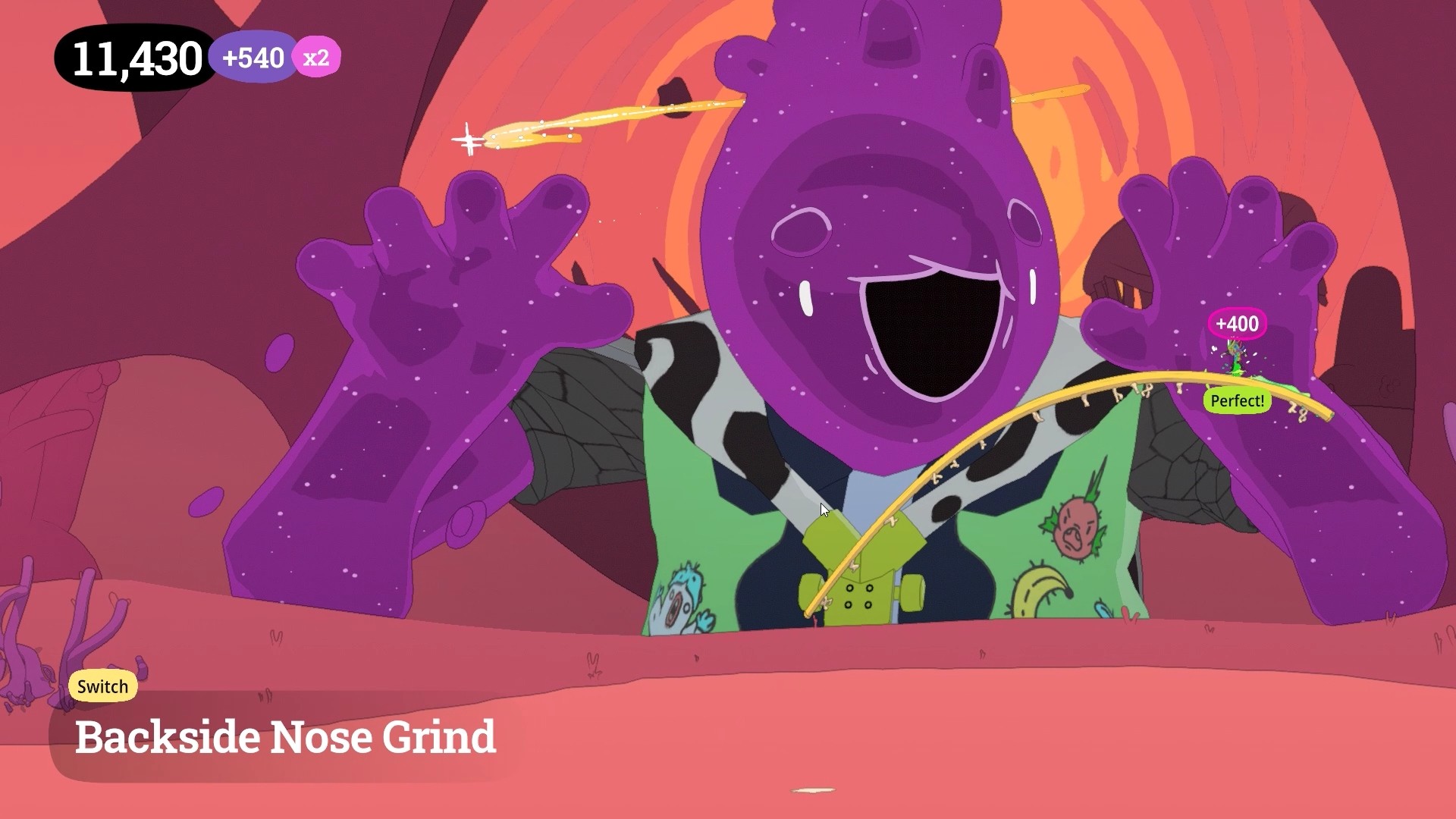 Now, for those who are going in blind, purely into casual gaming, or married to the mouse and keyboard, VOID Riders will definitely test you. Hard. 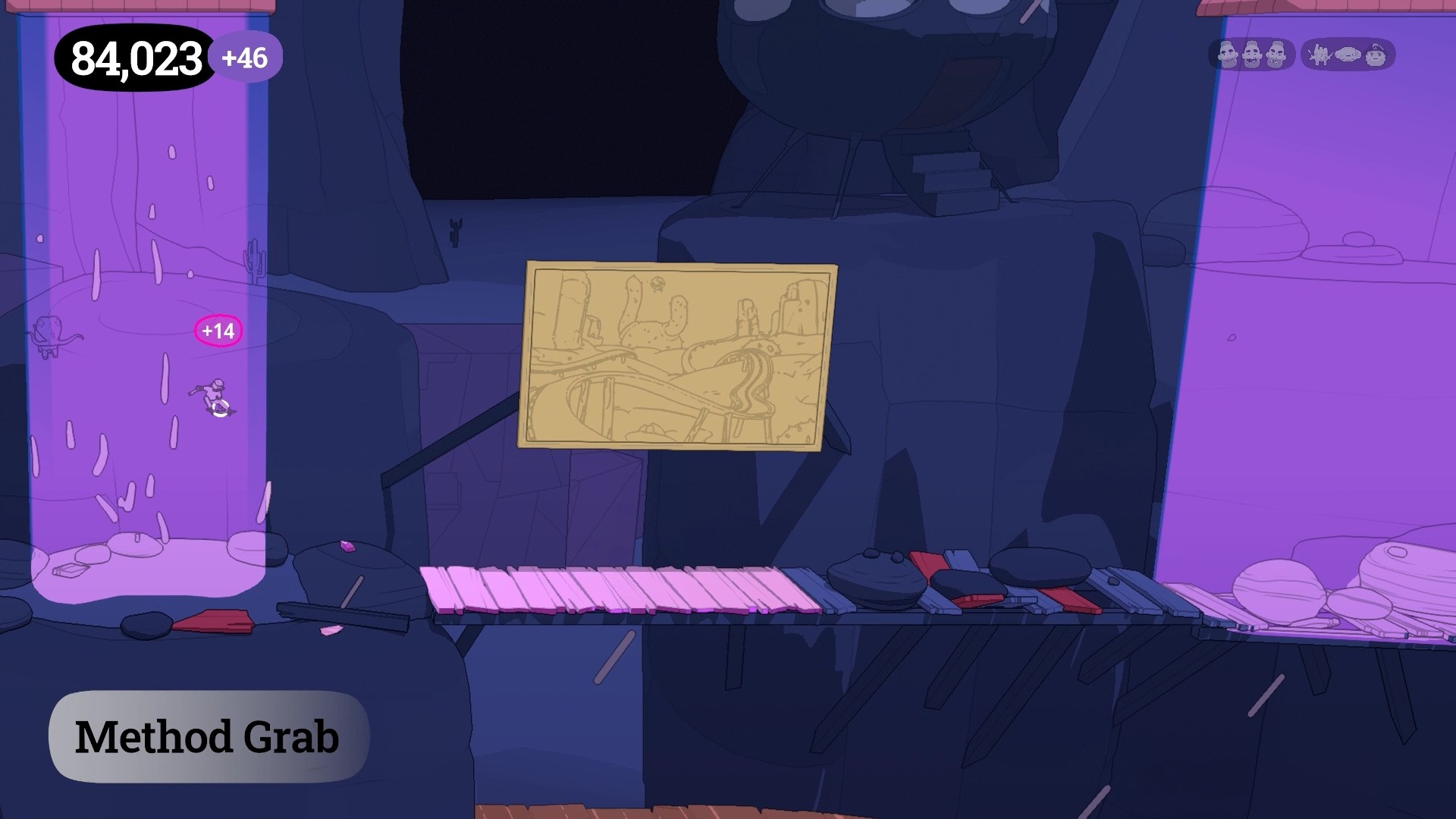 The base game is way less punishing, as each level eases you into the game mechanics, increasing the difficulty incrementally. The DLC can be accessed in the third level. Jumping in head-first could work for platformer prodigies (unlike myself), but for those who’ve barely mastered pulling off combos without crashing into a cliff, it’ll be quite the trial by fire. Oh, and if you relied heavily on checkpoints back then, they’ll be few and far between this time around. 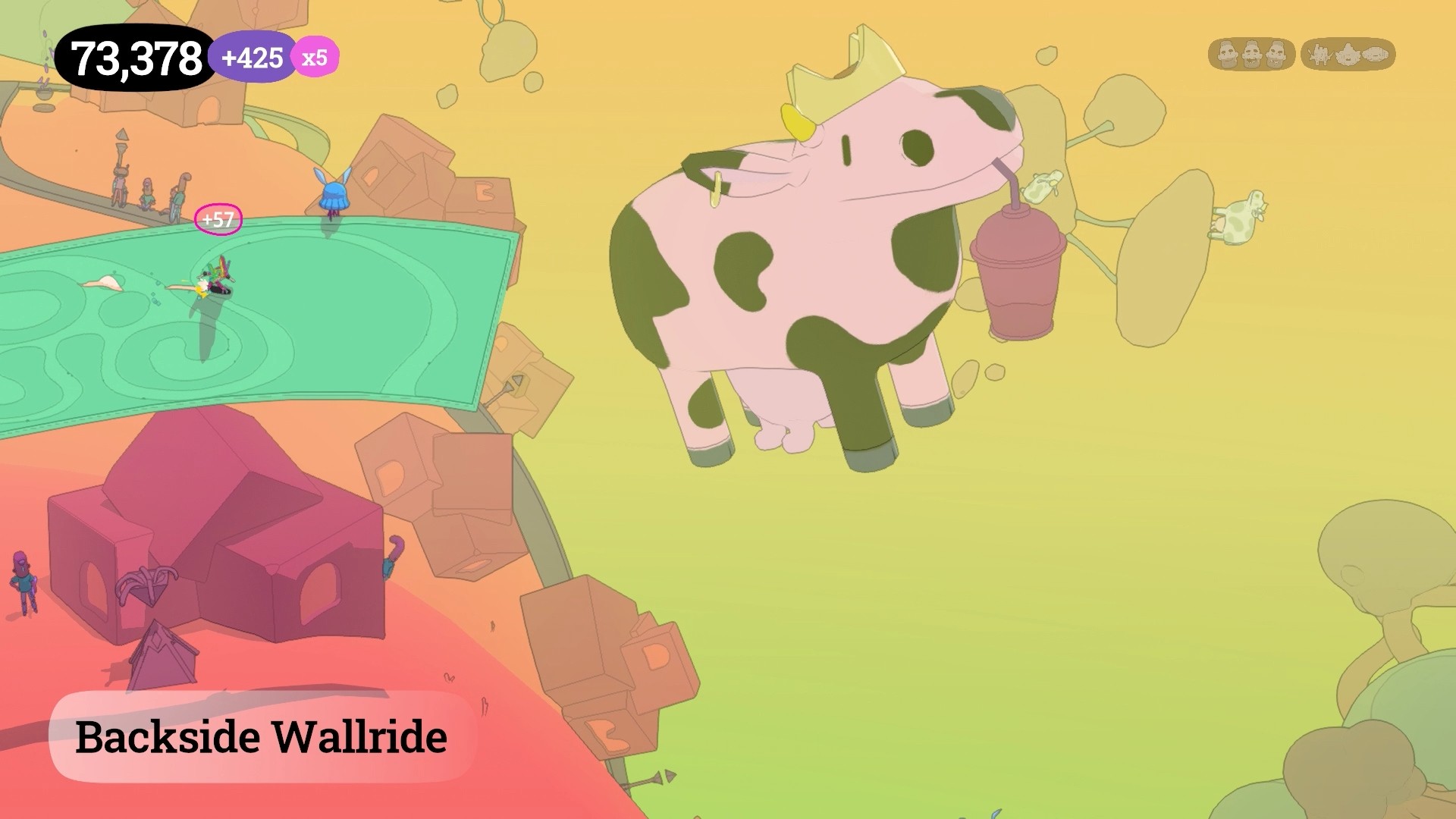 I highly suggest going through the entirety of the base game before challenging your interdimensional pals. Unless, of course, you enjoy the pain.

OlliOlli World wasn’t the first of its kind, but it was still a breath of fresh air. Radlandia became a kickass home away from home, and everyone found themselves engrossed in skateboarding–from the safety of their consoles. VOID Riders brought about some unnecessary, yet very welcome home improvement. 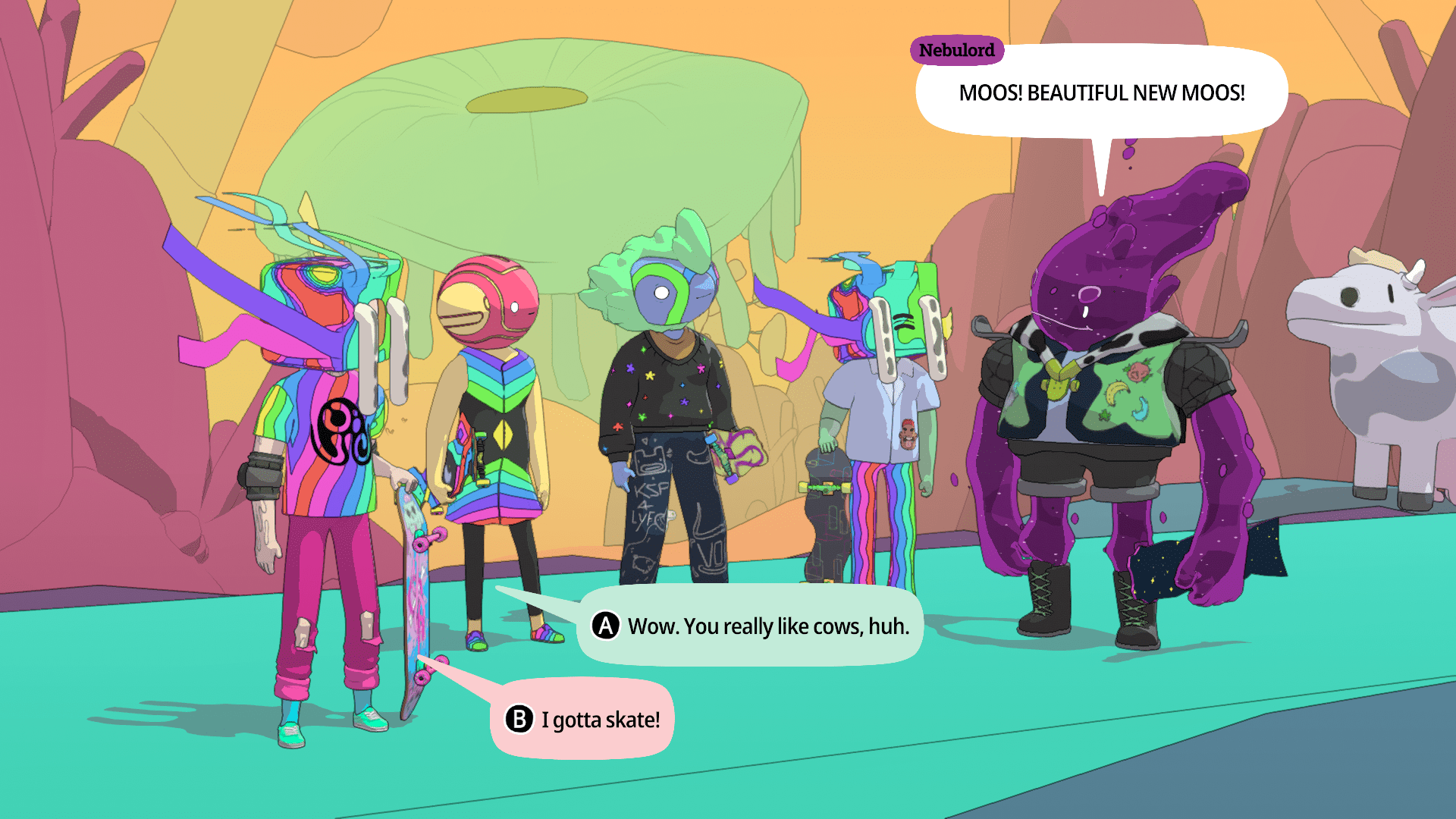 Having more characters and settings added to the Radlandia mythos came as quite the surprise, but it’s intriguing nonetheless. It’s always nice to have new content for a game you enjoy, especially if it manages to change things up, whether it be through game mechanics or overall difficulty. The base game was already enjoyable to begin with, and the DLC only improves on that aspect. 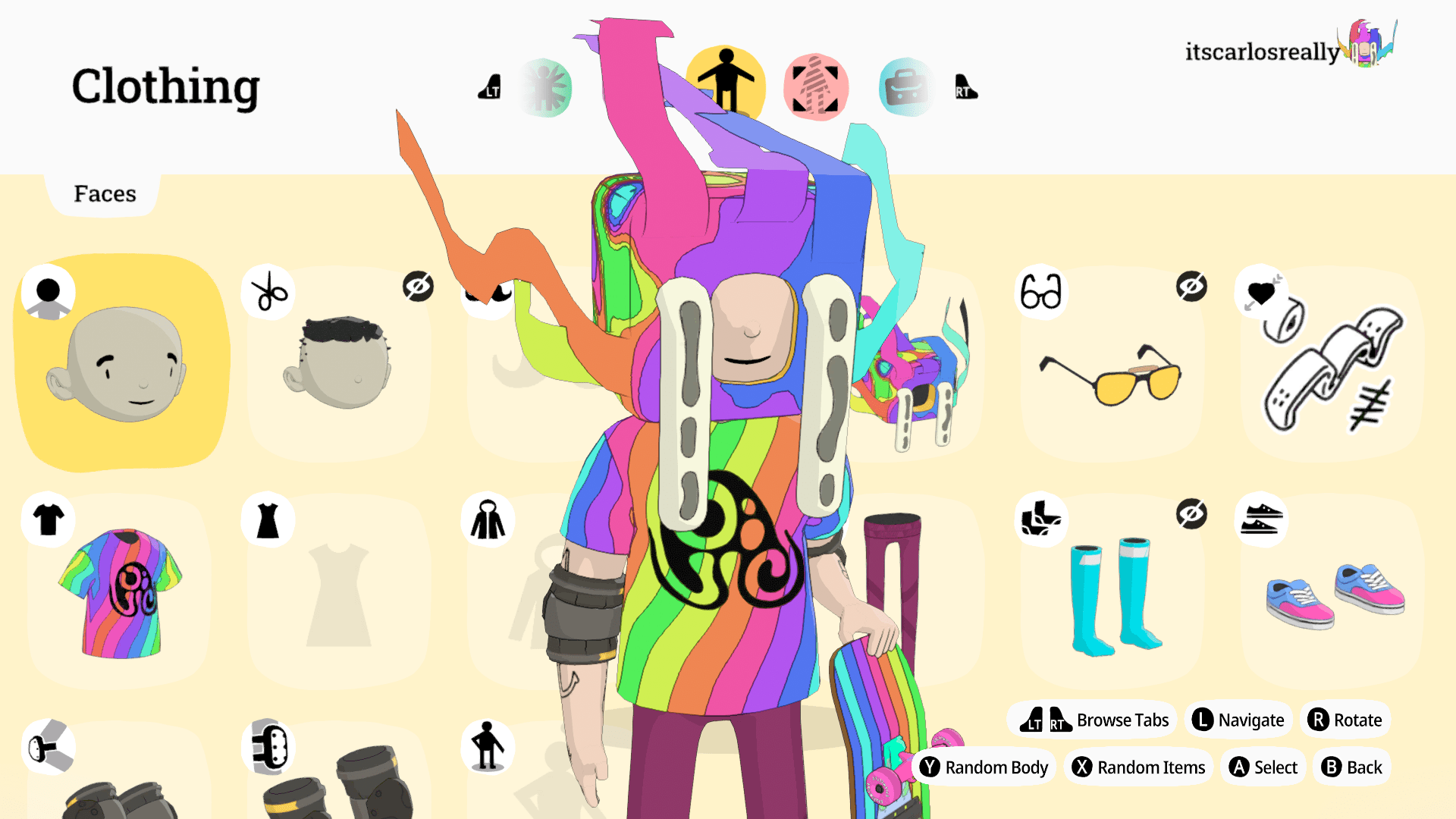 And hey, more cosmetics is always a good thing. Fact. 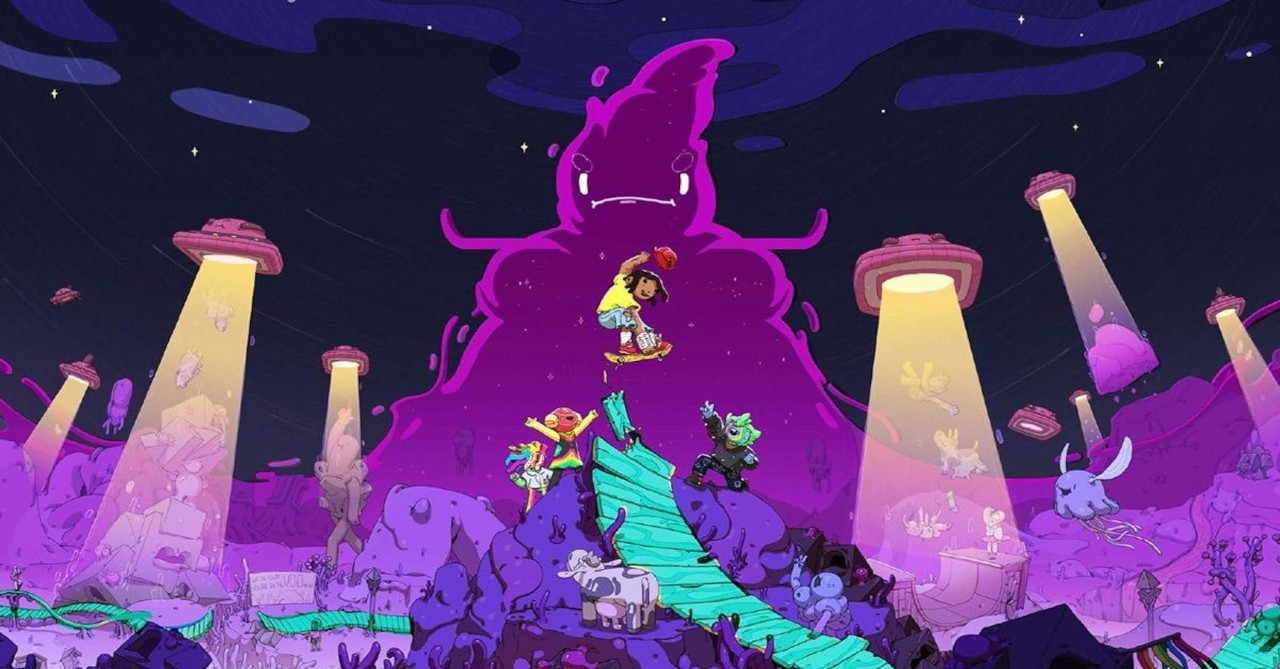 While an overall improvement to OlliOlli World, it does have the potential to overwhelm any newcomers. VOID Riders goes from 0 to 100 real quick, and I honestly have to respect that. Going from one weirdly beautiful world to another is quite the experience, and I’m hoping Roll7 continues in this direction. It’s a fairly balanced combination of eye candy, simple-yet-intricate gameplay, and the undying soul of skateboarding. Very rad.

OlliOlliWorld: VOID Riders was reviewed on PC via a game code provided by the publisher.