Soul Hackers 2 Review | A Hidden Gem That Deserves Some Love

Don't compare this to Persona. 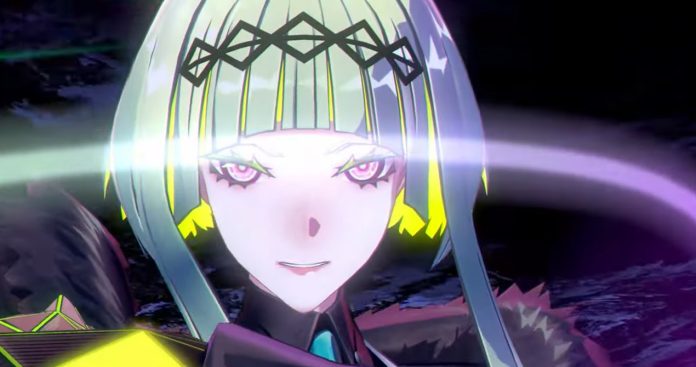 But Atlus seems to be keen on reviving this particular entry with the plethora of trailers and promotion they did before the release had me intrigued since it’s technically another SMT game and as part of the Devil Summoner franchise. We might have a gem here waiting to be collected that’s worth diving into blind. 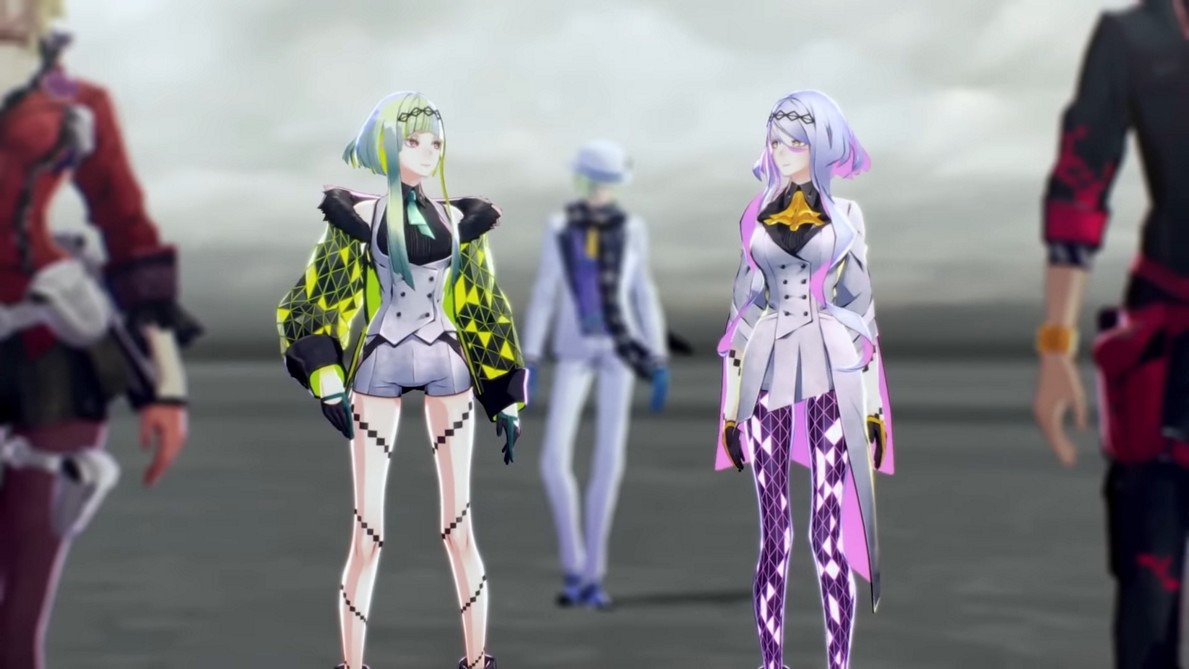 Deviating from its parent series, Soul Hackers 2 is visually brighter as if it learned from its sibling Persona but has more neon colors thrown into the place, completing that Sci-fi Cyberpunk theme. But not too excessively bright for you to wear sunglasses while playing — just enough to mask the impending doom of humanity brewing in the shadows of the luminescent city.

Delving more into its visual presentation, I love its character designs, particularly the main character Delutaya… I mean Ringo and Figue (Best Girl). Not that I don’t like the design of the other crew members (I really dig Saizo’s drip), but Ringo and Figue stand out with that neon light emanating from them, fitting that they’re not humans but artificial beings created by a higher mind. Being artificial or not, it won’t stop me from being down bad on these two and I just adore them (so Atlus please release a merch of these two). 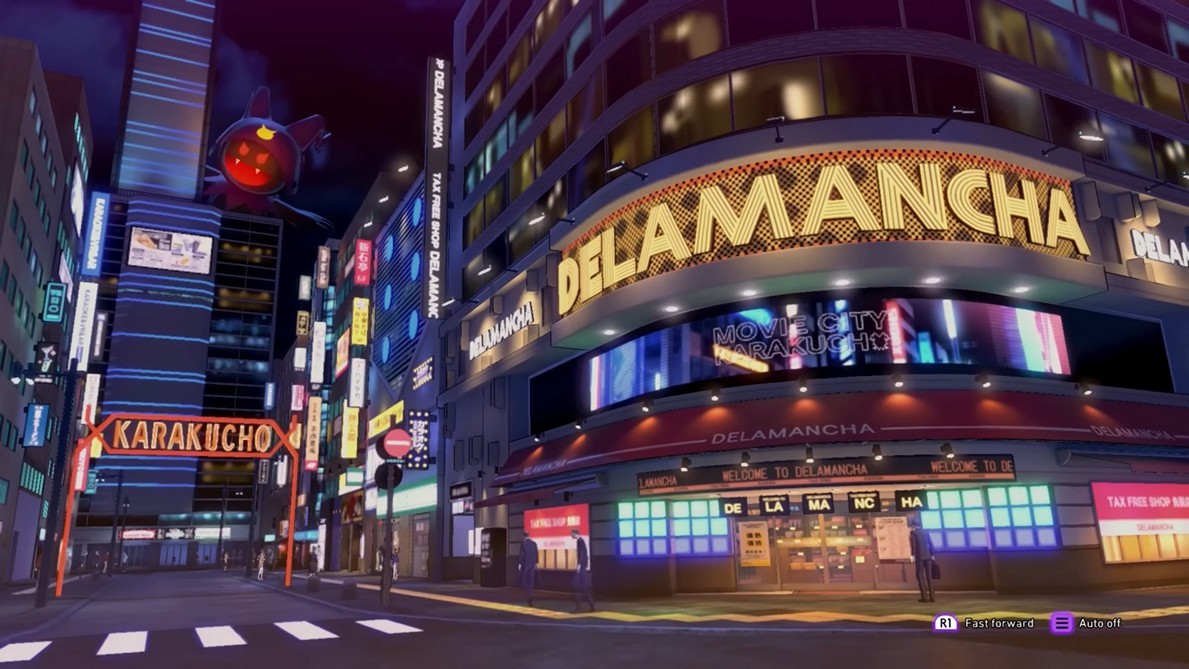 As bright as the city lights are or in this case, the character design, unfortunately, I can’t say much about the level designs. Each Subway dungeons and Soul Matrix stages are all underwhelmingly similar looking, which makes me scratch my head. Just to make a comparison to SMT: Nocturne, though that game deserves every praise it got as a classic, I wouldn’t hold back from saying its age is starting to catch up with it. Particularly its outdated level design, and Soul Hackers 2 follows the same outdated pattern for its dungeons, making exploration feels like a chore in a long run.

It wouldn’t have been a fair comparison since Nocturne is old, but for a game that came out on this date like Soul Hackers 2, I was expecting more inspired level design rather than a repetitive-looking labyrinth in every stage. Although to shake things up, Ringo can send out her Demon buddies at the start of exploration to scout ahead and find any point of interest. All in all, I find the dungeons to be less exciting in terms of their overall visual design. 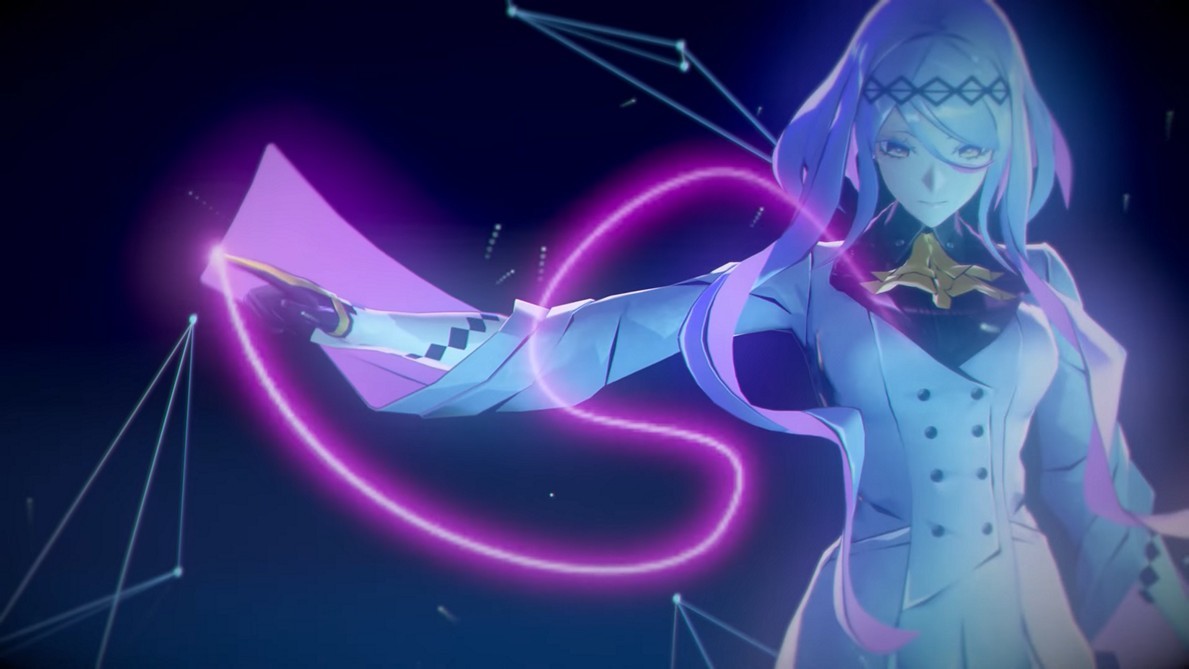 Lastly, in terms of performance, the game runs smoothly on PS4. In my case, I just have to learn to live with the constant wrestling with camera angles during dungeon crawls. If we are gonna dig into the FPS, there were noticeable drops but they never bothered me. And when it comes to its musical score, yes, I would call it as “music” that I would gladly add to my playlist.

When it comes to voice acting, I prefer the JP voice as these are the types of games where I embrace my full weab potential, but the EN voice is pretty good too. Just to give some comparison, if you play Genshin Impact, you’ll hear familiar voices from both dubs so it all boils down to preference. And both manage to deliver a nice presentation to the narrative. 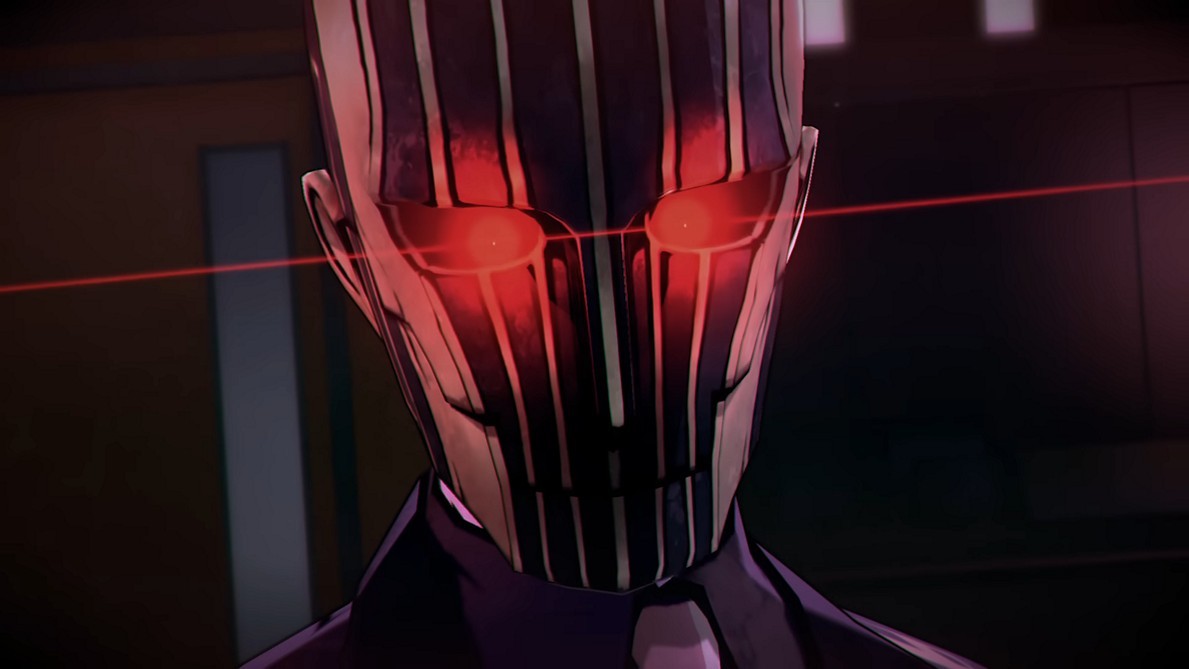 True to its roots as an SMT title, Soul Hackers 2 throws you into a story of an impending apocalypse, with a smear of the cult on the side. But this time, a collective entity called Aion sent out two of its agents, Ringo and Figue, to prevent this calamity that will wipe out humanity on the face of the Earth.

In this futuristic City, a gang of Devil Summoners engages in a faction war, and as the bodies pile up, Ringo comes across the key members of your party namely Arrow, Milady, and Saizo. All three were raised from the dead thanks to Ringo’s ability called Soul Hack, giving them the chance to avenge themselves and stop Iron Mask’s world-ending plan. 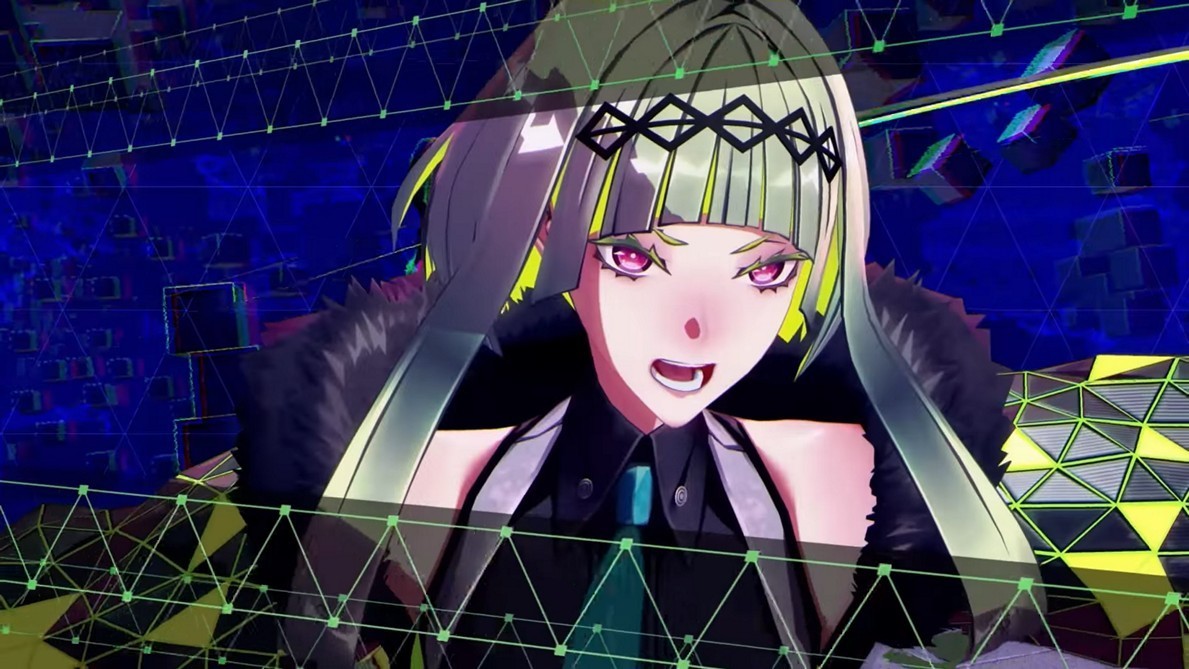 There are no surprises here that we’re facing yet another apocalypse in this entry, being pushed by a man with his own philosophical view on why the world deserves its end. Thankfully, our character Ringo won’t stay quiet about it. What I mean is she’s a character of her own so we won’t be playing a self-insert protagonist this time compared to previous entries. This is a pretty choice considering Ringo and Figue are a witty bunch, especially with their interaction with their human companions which ranges from sarcastic to comical, but bounces to a serious demeanor when the situation calls it to.

Not that I’m tired of self-insert protagonists, but I’m just glad that there’s a personality on these two since this is my first game in the Soul Hacker series. Following a protagonist helped me not to feel lost in the story, I just have to follow the narrative until I get a grasp on the situation at hand. As for my overall take on the narrative, I would say it’s fine but not boring considering that the story structure is not new in this franchise. It might be my first try at a more futuristic setting in an SMT title, but I already saw the theme of humanity wishing for its own end represented by the game’s bad guy which is pretty standard in the series. But thanks to its twist and turns and definitely with its characters, it’s no stretch to say that Soul Hackers 2 has its own Soul.

On a side note, if you’re wondering if you need to play the first game, I would say that it’s not necessary to do so. I might’ve missed tons of references from the first game but I’m sure Soul Hackers 2 is a story of its own. Adding more meat to its story and characters, Ringo can also hang out with other characters to learn more from them and explore character-specific dungeons that also unlock their potential in battle.

See it all Stack 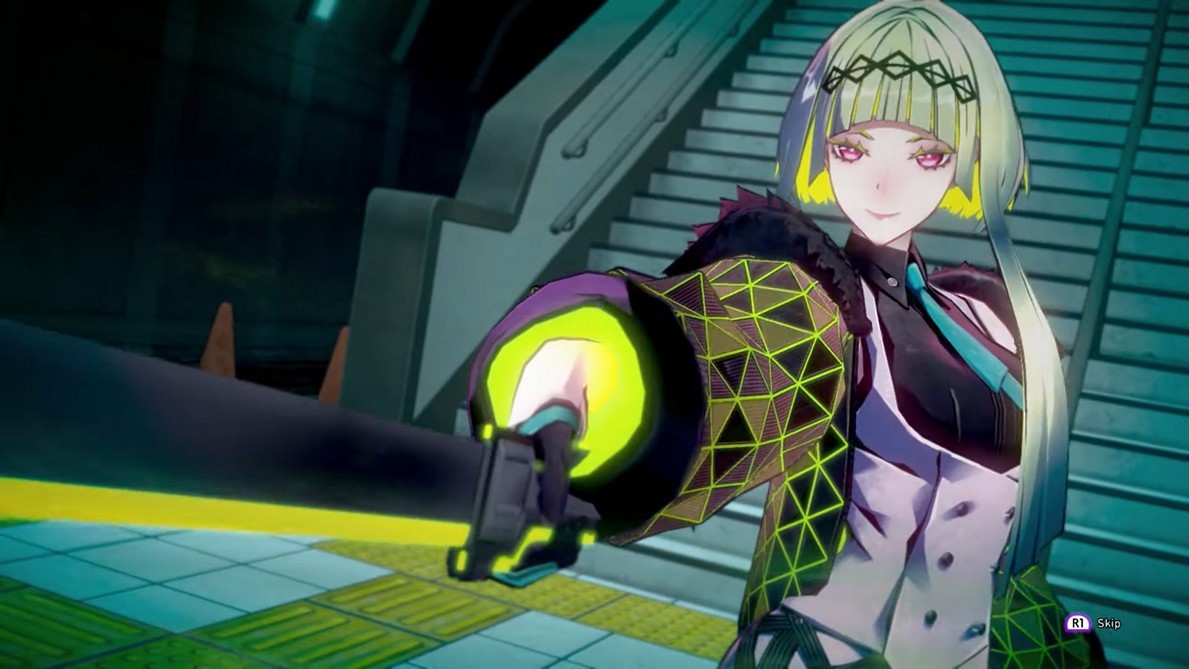 The staple fighting system returns in Soul Hackers 2 with recruitable demons acting more like an item rather than a unit in this game. Those who are familiar with the SMT or to some extent the Persona game’s battle system won’t feel lost and feel right at home.

It works similarly with the Press Turn System, but this time whenever you score a consecutive critical hit or hit enemies with their weakness, instead of gaining an extra turn you gain a stack represented by the silhouette of the current demons in your party. At the end of your turn, a Sabbath will occur where Ringo will call all the demons and order them to launch an all-out attack. The more stack you have in the Sabbath the more damage you can deal. It’s basically Soul Hackers 2’s version of an all-out attack but you will need to plan your loadout during explorations if you wish to pull this off in every encounter.

Planning and learning about enemy weaknesses is also vital as the difficulty of some encounters can be brutal, but it has now become fair compared to older entries. If you still wish to do so, you can adjust the difficulty settings at any time, but I never tried easy mode, since for me grinding is always part of the experience no matter how repetitive exploration feels in this game. 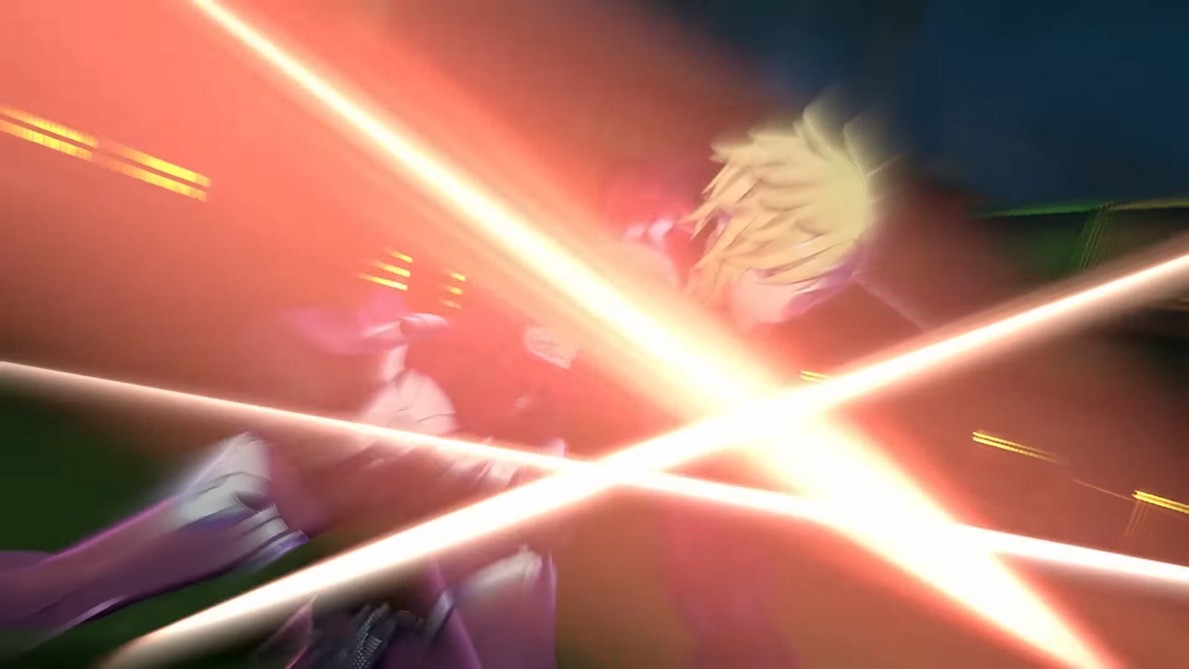 Another way of gaining strength in this game is the ever-present Demon Fusion. The system is self-explanatory but for newcomers, it’s when Papa demon and Mama demon combine together and create an even more powerful demon. The resulting demon can inherit the original demon’s abilities. But perhaps what made the grind and exploration worthwhile is what you can gain from each Soul Matrix. Not only you can get additional skills for each character, but you can also delve further into their story that ties in to the main plot. Compensating that repetitive level design with good rewards, motivating you to give it a shot.

You won’t feel lost in Soul Hackers 2 despite being the second entry from another spin-off entry of the Shin Megami Tensei franchise. It’s visually wonderful, with me constantly adoring the character designs. But what sold me further is each character has their own personality, giving life to its otherwise textbook-like plot and making it an entertaining ride.

While the plot itself is pretty standard, it has its sense of complexity to it once you try to dig further. The battle system is more forgiving for those who are familiar with Atlus’ other JRPG games, but despite being a similar system, it manages to give a twist to its formula which might attract new players considering how easy to pick up the overall gameplay is. One thing I would have wished is they could put more dynamic exploration regarding its level design.

Overall, I enjoyed playing Soul Hackers 2 and wish to sink more time playing it in the coming days and weeks.

Soul Hackers 2 Review | A Hidden Gem That Deserves Some LoveSoul Hackers 2 takes some of the good parts of its parent series but makes it more forgiving for new comers, enough to give them a good foothold as they get introduced in this series of games. It follows a somewhat streamlined story that people might find cliched, but it has its own intrigue with its great characters that are lovable in design and personality.