A rough gem that deserves some love. 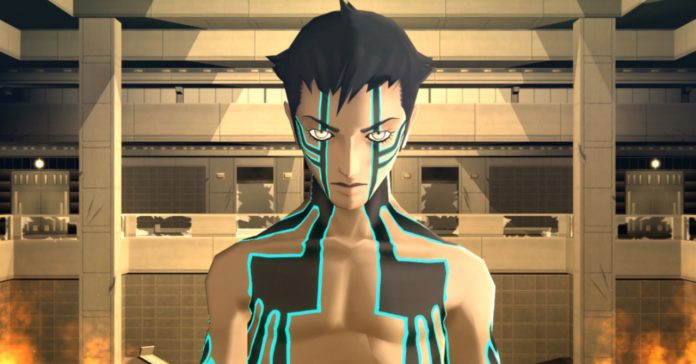 The Shin Megami Tensei series has been under the shadow of its mainstream little brother Persona for the longest time, and like many of my friends, Persona was the first game that I played in this family of games. Despite its cult status, many of its fans regard it as one of the best RPGs ever made. The strong following takes roots from its dark and despair-inducing plot compared to the bright and warm high school experience that Persona has; plus there’s the demon recruitment system that always appears in many of its entries, allowing you to recruit demons on your side.

In the series, Shin Megami Tensei III: Nocturne is the fan favorite when it first came out back in 2004 for the PS2. Now, eighteen years have passed, and we return to post-apocalyptic Tokyo to shape a new world as the Demi-fiend with SMT III: Nocturne HD Remaster.

With updated visuals, voice-over lines, and some quality of life improvement, does this HD Remaster still holds that same flair that it had back in the 2000s?

A rough gem is still a gem 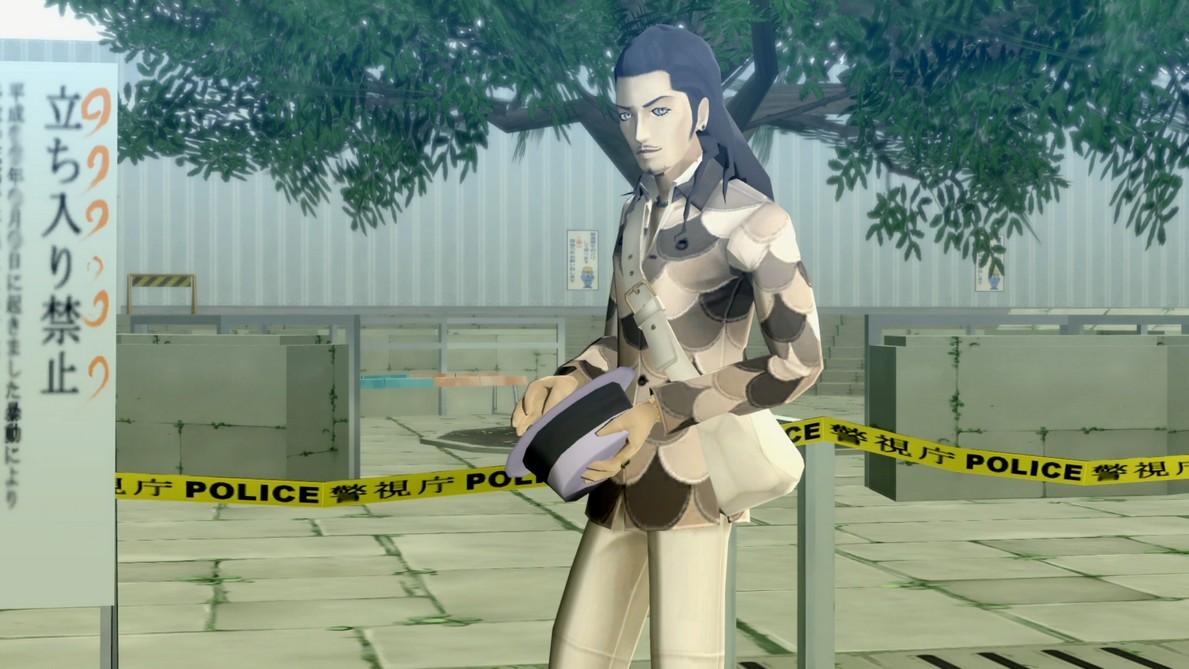 Like any HD remaster of old games, Nocturne HD’s noticeable change is the updated visuals. Now, your screen won’t match the dark tone of the story because the game is much brighter to look at with its retextured character models. This is an improvement to the visual aspect of the game, but unfortunately, they decided to re-use all of the same cinematics from the PS2 that leads to a rather compressed aspect ratio, leaving you with pixelated cinematic scenes, especially if you play the game on a big screen.

Another thing that needs to be pointed out is the fact that this game runs with a 30 FPS cap for the PS4, making it look a bit outdated despite making a huge effort to re-rendering the environment and character models. It’s not a deal-breaker, but it might be a problem for those frame-rate connoisseurs. Setting that aside, the added suspended save function is highly appreciated, as it allows you to save anytime when you want to take a break. 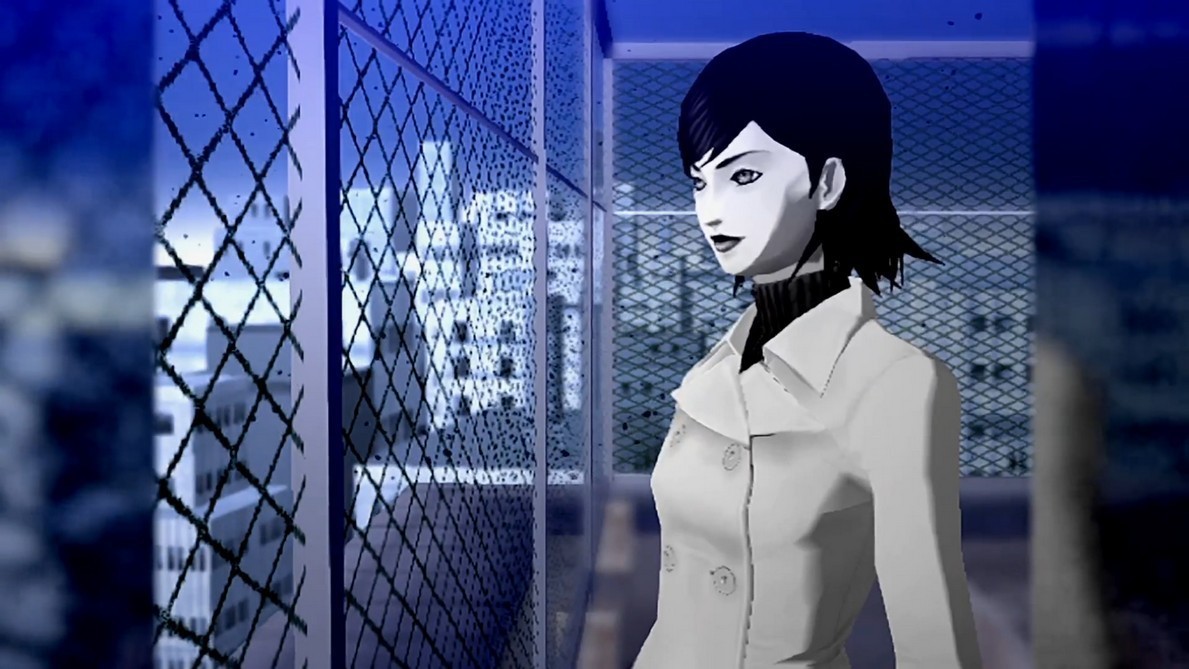 Meanwhile, I just wished that they re-scored the game’s soundtrack since the BGM sounds so compressed that it gives flaky feedback to my ears. Although, the added voice-over to key characters at least gives much life to the game.

The good thing though is they left the story untouched as they did not make any unnecessary cuts to the story, but instead, they chose to make a questionable decision on certain additional content. 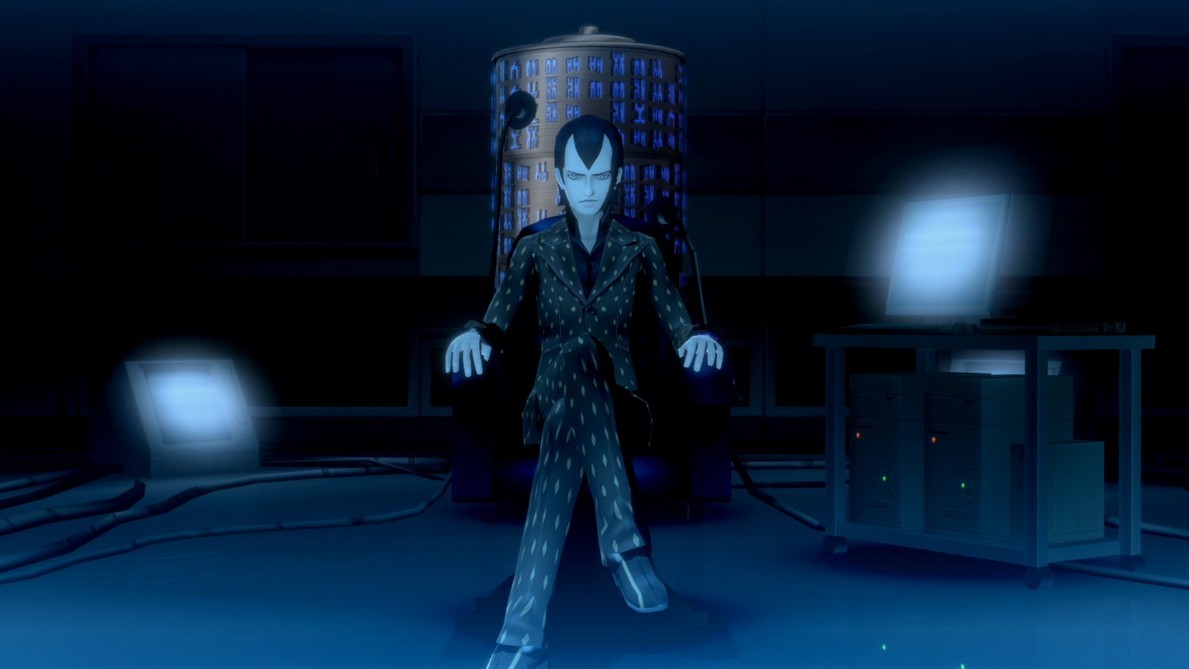 With the untouched storyline, Nocturne HD retells the silent protagonist journey in a ruined world, as the old world has ended by the event called the Conception spearheaded by the dooms-day cult leader Hikawa and the protagonist’s teacher Yuko, who’s also a maiden of the said cult. Their motivation for bringing the end of the world is to create a new ideal world, except they’re not alone as each survivor of the Conception has their chance in shaping this new world based on their ideals or “Reason”. But as fate would have it, a mysterious child took a liking to the protagonist, granting him the power of Magatama, thus turning him into a Demi-fiend. With this newfound power, the Demi-fiend can traverse this infant world and shape it based on the choices he makes along the way. 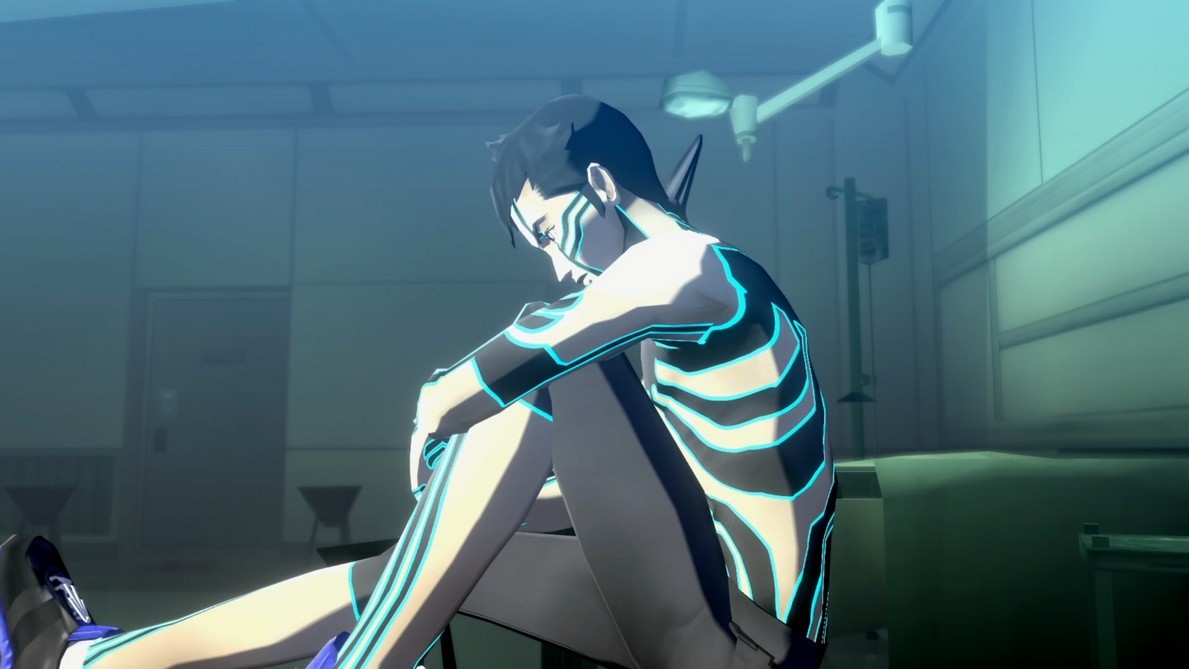 Perhaps this is one of the main reasons why fans love this series, as it tackles many philosophical themes, and Nocturne particularly follows Chaos as its main theme. You can spend countless hours thinking about the reasons behind each character’s motivation on why they pursue their path on creating their own world. The whole situation can be confusing though, especially at the beginning as the story throws lots of exposition that may be too heavy for someone who just started the game. But as you traverse this world and build your team of demon friends, you’ll eventually find your own reason and see if you’ll end up with your preferred ending.

I also appreciated that they did not remove or change some story elements from the original since Nocturne is heavy on using lots of religious themes in the narrative and removing these elements will affect the whole narrative. Although there is one fact that raised my eyebrows and that is the Maniax Pack DLC. Until this day, it never occurred to me that SMT: Nocturne has two versions that comes with an optional companion, which is the Chronicle edition that features Raidou with Gouto, and the Maniax edition featuring Dante from the Devil May Cry series (the version that I played). 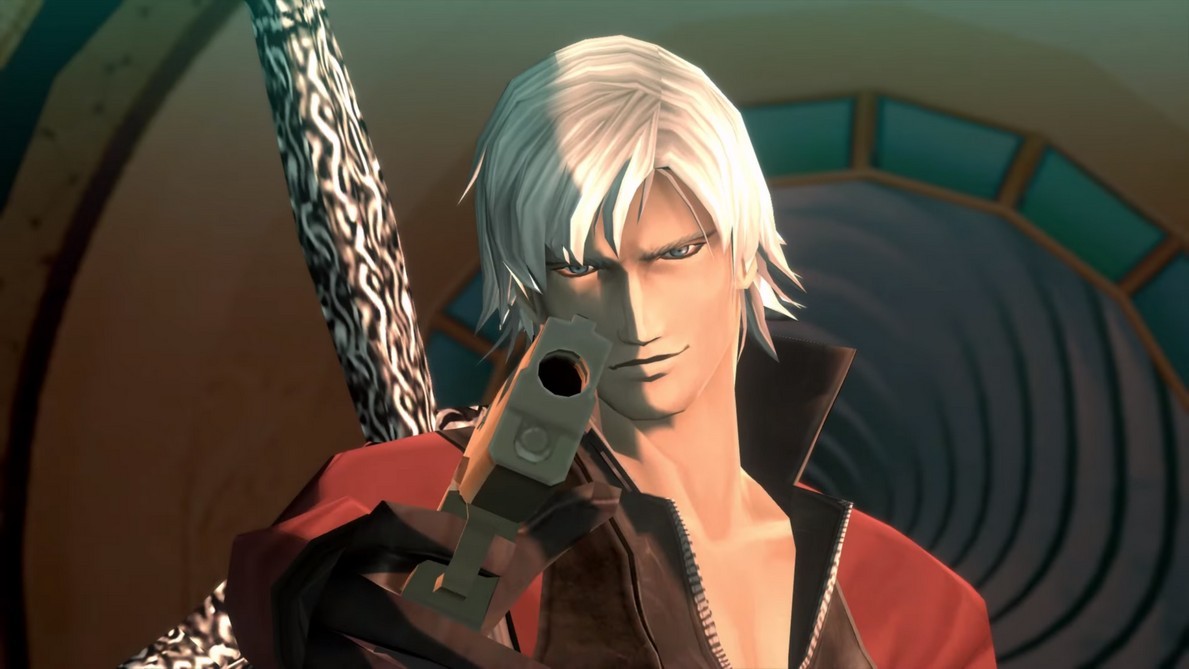 So, I was distraught when I learned that Nocturne HD is based entirely on the Chronicle Edition. But I yielded and started a new game on Maniax to recruit my favorite demon hunter, which is quite a pain considering that some demons are hard to negotiate on joining your party, and a lot of dungeons here is a chore to explore. It would have better if they already allowed the option to play both versions by default instead of paying extra for this DLC.

Although they made a questionable decision with the DLC for me, the good thing is it doesn’t affect the overall gameplay. Nocturne HD’s battle system and recruitment system is still the same as the original. It’s a dungeon-crawler where battles happen at random and you’ll fight demons in a turn-based battle system. But what made Nocturne’s battle system stand out is its very own Press Turn system, after scoring a critical hit or hitting an enemy’s elemental weakness you’ll be granted an extra turn to attack, while missing an attack will result in a lost turn. Keep in mind though that this also applies to the enemies, if they land a critical on your team they too will gain an extra turn. The Press Turn system still feels great to play around with and adding enough complexity to your recruitment, since you’ll have to put lots of consideration into who you’ll want to bring on your current exploration. 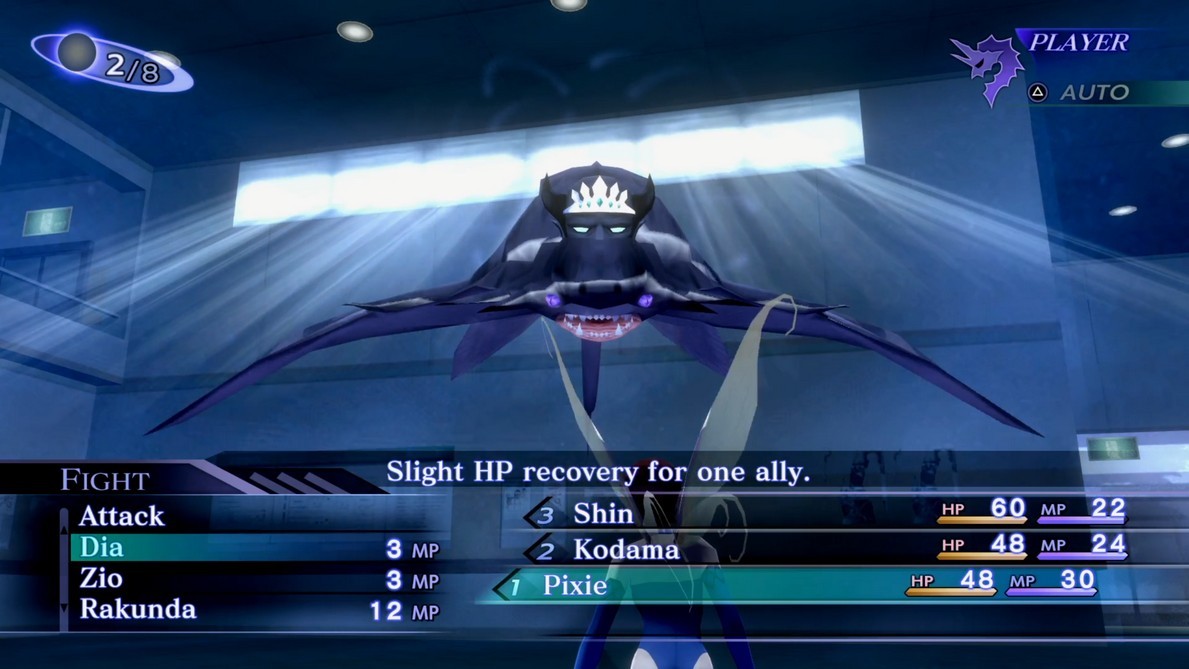 The only thing that holds it back is that some parts of the battle system feel outdated, like the lack of enemy information during battle and some awkward animations that the models make whenever they attack. I mean they did manage to improve the Demon Fusion in this HD Remaster but for some reason, they left out the enemy attributes during battles which just feels weird in a sense. You’re just taking too much risk if your attacks won’t affect your enemy in the first place, especially when some battles are backbreaking. But thankfully they added the free Merciful mode DLC, enabling you to lower the difficulty of battles. What makes this addition even better is that the difficulty can always be adjusted anytime, so if you find yourself stuck on a boss battle you always swap to Merciful Mode. 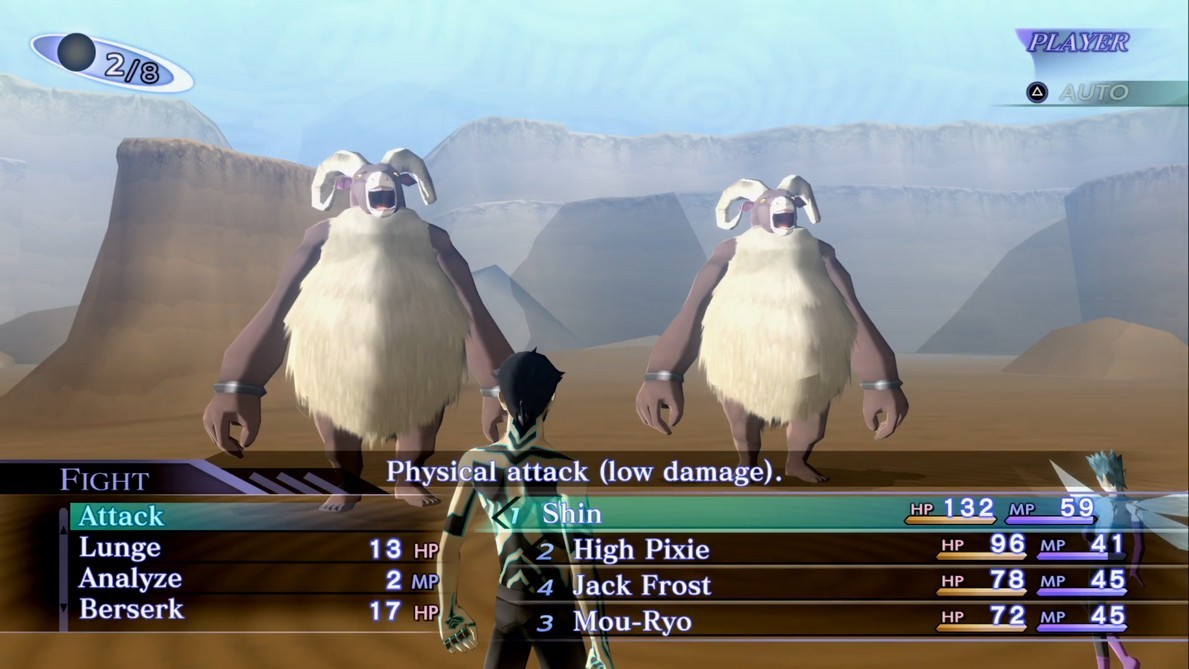 Moving on, another unique thing that made SMT infamous is its Demon Recruitment system, where demons can join your party if you managed to grant their request. This is often compared to Pokemon collecting, but has a rather complex condition before you can form your demon team, since demons can join randomly depending on the current state of Kagutsuchi. Recruiting demons is a vital part of the gameplay since the Demi-fiend cannot traverse the Vortex World alone. Plus, the more demon friends you make you’ll gain access to more powerful demons through the game’s Demon Fusion. 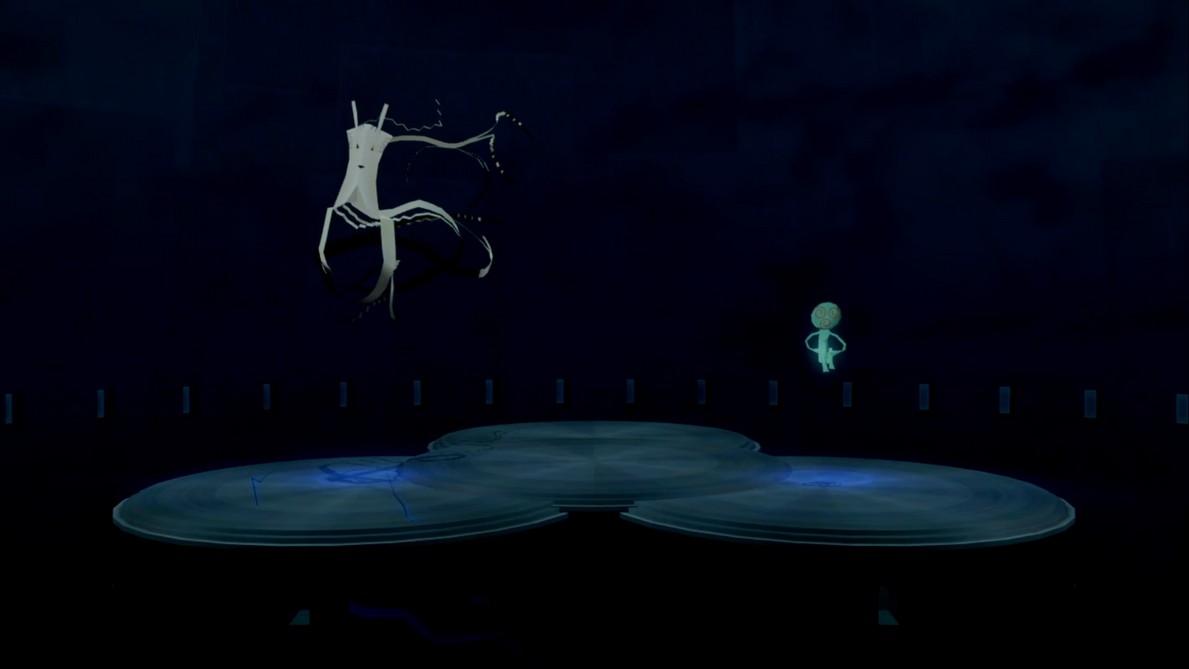 The Demon Fusion is a system that allows you to combine two demons into a more powerful demon. This new ally will inherit a random ability from the demons you used during fusion. In the past, you can only leave it to fate which abilities this new demon will get, but thankfully, Nocturne HD updated this system allowing you to choose which abilities you can put to the resulting demon making it easier to form the perfect team.

Shin Megami Tensei III: Nocturne HD Remaster is the same as the original Nocturne from the PS2, so it’s just right to say that this HD Remaster carries over the best qualities of the original. Unfortunately, the game can feel outdated despite the added improvements; some might even find that the improvements added are not enough to justify a full-priced game. Not to mention that the Maniax DLC is behind a paywall. Regardless, Nocturne HD is still a must-play for those who’re looking for a decent RPG with a long run time and multiple endings. So overall, this is a must pickup game for RPG fans.