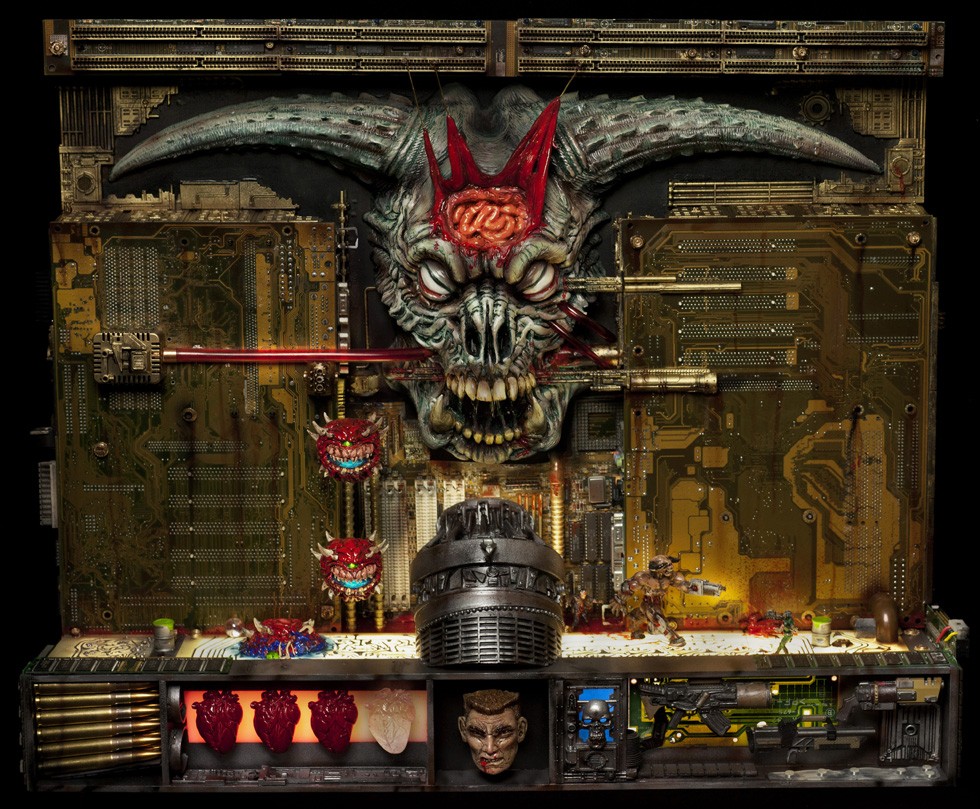 See this twisted piece of hellish beauty? One man’s passion and fandom for iD Software’s Doom series inspired him to make such a thing… And it costs $6,000 to boot!

Designed and sculpted by one Jason Hite of Hite Studios, this miniature recreation of the final boss from the game “Doom II: Hell on Earth”, the dreadful and appropriately named “The Icon of Sin“, is just bizarre, horrific, and beautiful. 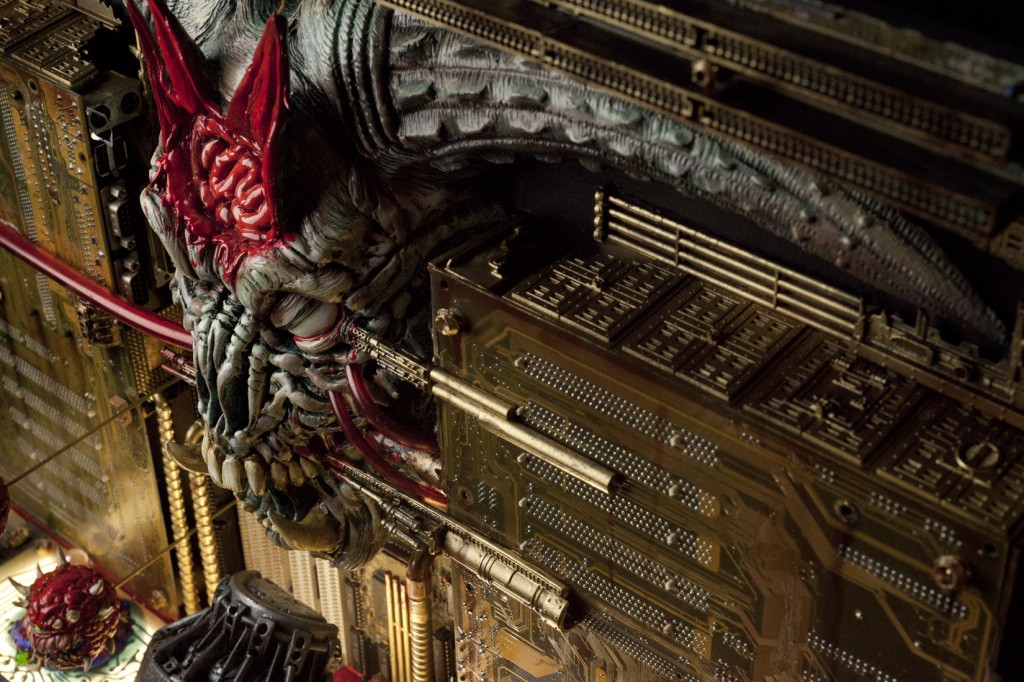 Born out of his love and nostalgia for playing the series when he was a teenager, Hite set out to make a grand recreation of the climactic final level that sees the protagonist known as “Doom Guy” come face-to-face with his worst nightmare possible – a hulking and huge demon head with an exposed brain piece that serves as the “big cheese” that you need to defeat in order to beat the game proper.

Inspired by getting a custom CyberDemon figurine from his friend, Hite set to work on producing a background and diorama that was literally straight out of the game’s climactic finale. Using a combination of collecting odd stuff and making some parts by himself and with the help of friends, he’s gone the extra mile and crafted something that’s more than a direct three-dimensional representation of that scene where players stand off against the final boss. Hite took some liberties and instead of numbers, added “hearts” to represent the player’s life and a literal construction of the gun being used by the Doom Guy against the enemy. Hite even goes on to commend the “Cacodemon” pieces as his favorite part in making the miniature environment, and there’s tons of little trophies and nods to the game that you can find around that comes from a simple labor of love that took some years to make, but literally paid off right in the end.
- Advertisement - 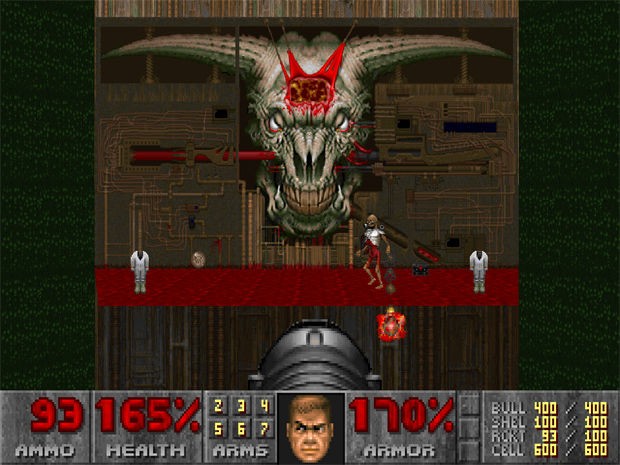 It’s fairly safe to say that this is a wet dream masterpiece come to life for Doom enthusiasts, and it’s currently on display at the Corpo National Gallery at Santa Monica, California until November 8… Or if somebody decides to pay the $6,000 and take it home for themselves!

You can read more about Hite’s amazing story in creating this significant piece of adoration to gaming via his official website at Hite Studios.

- Advertisement -
Previous article
Fast & Furious 7 gets retitled as “Furious 7” and counts down to first trailer on November 1st
Next article
Looking at Marvel’s HUGE “Phase Three” Line-Up for the Marvel Cinematic Universe!