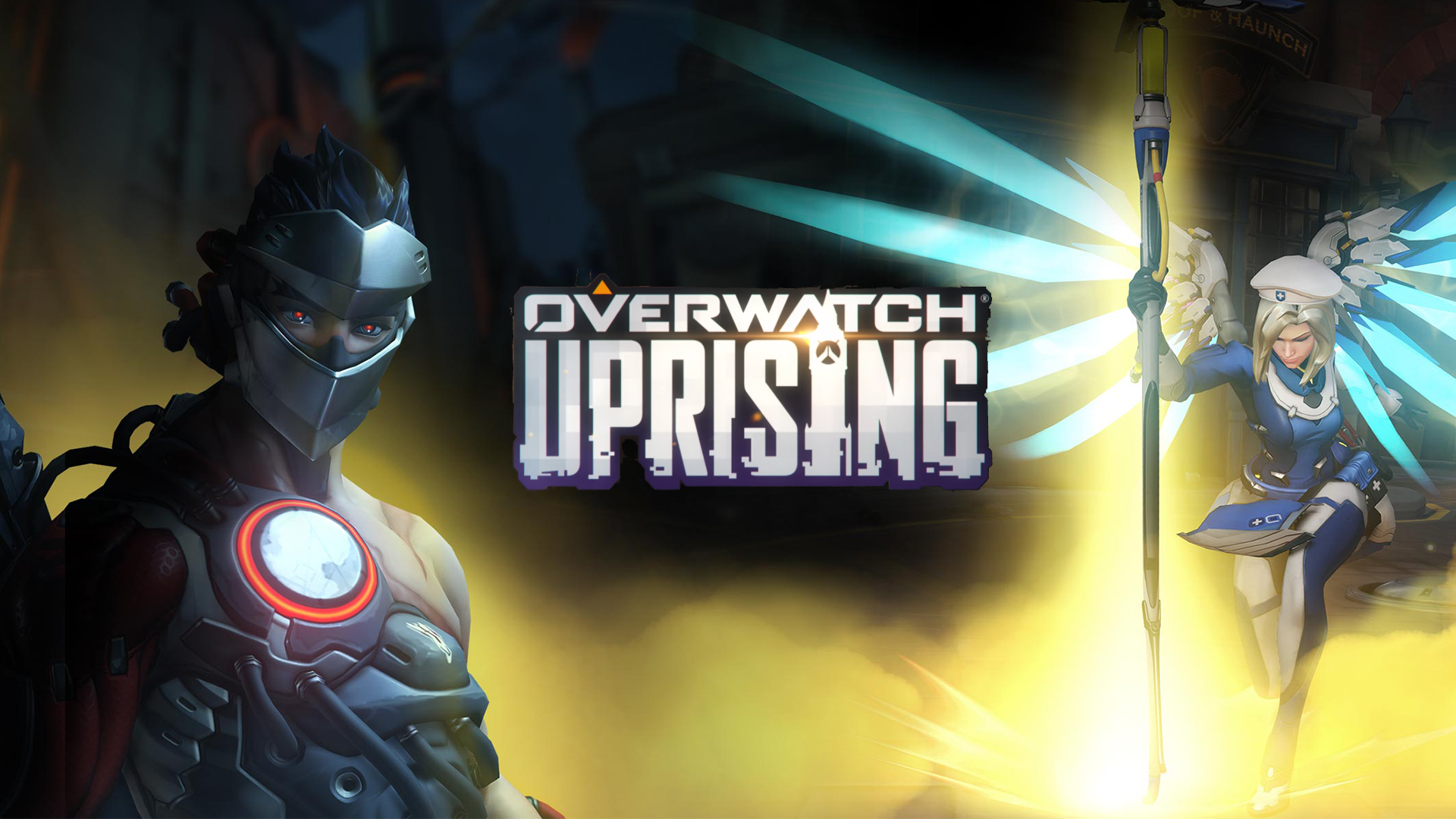 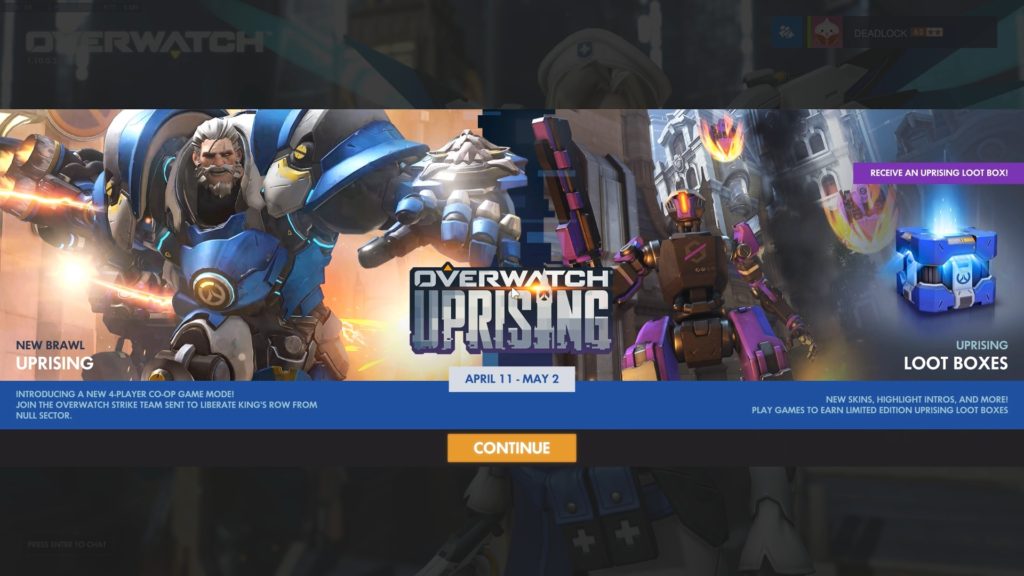 Okay, so let’s break it down. Overwatch Uprising is the FIRST STORY-LINE SEASONAL EVENT of the game. (Yes, Junkenstein’s Revenge was TECHNICALLY the first but this is the first mission you get to play that really happened in the lore of Overwatch) After the success of the Halloween event, fans have been clamoring for more PvE scenarios that can be played to further delve into the lore of the game. We finally get our wish with the added bonus of having a lot of awesome skins and cosmetic items to be collected. The event only runs from April 11 – May 1 so we suggest you get in there and enjoy!

That above is the new loot box in all its glory! As per usual, everyone gets a free Uprising Loot Box to start with. Each one you open will have at least ONE item from the Uprising Set. Any Loot Box you gain from leveling during the event will be an Uprising Loot Box so be sure to rack up those levels and those Weekly Arcade wins.

I just want to say… these skins LOOK GREAT! Curse you, Blizzard for making awesome content every seasonal event! My wallet and I are going through a divorce because of youuu!! T__T Kidding aside, these just look amazing! I mean, we finally get a Widowmaker skin (Talon Widowmaker) that doesn’t have blue skin after so long! Of course, you have the Blackwatch Genji that fangirls have been lusting after ever since the nipple discussions began from the webcomic.

There are so many good cosmetic items in this patch. I will say though… I NEED THAT DVA SELFIE HIGHLIGHT INTRO IN MY LIFE! Yes, this might be a good time to buy loot boxes once again. Of course, if all else fails, you can purchase these items with in-game gold as well.

This is the Main Feature of the Event! This is the PvE Brawl that many have been waiting for. The brawl takes place 7 years in the past as this was Tracer’s very first mission in Overwatch. Just like before, there are 4 characters to choose from – Tracer, Torbjörn, Reinhardt, or Mercy. The four of you must fight through King’s Row against the rogue Omnic group called Null Sector. 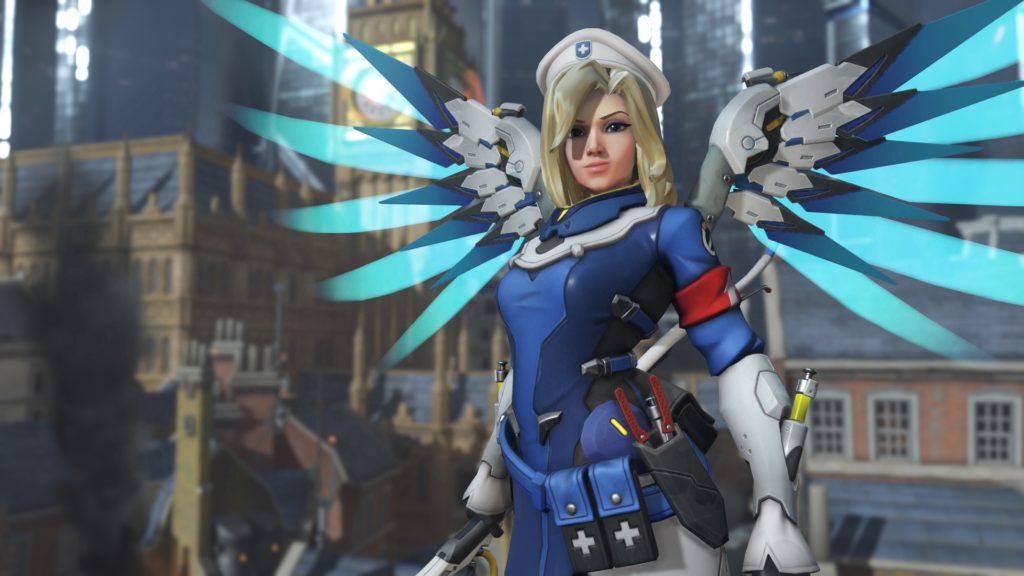 Needless to say, I am SUPER EXCITED to play through everything this seasonal event has to offer! Want to know more about the patch? You can check out the official details that was released RIGHT HERE!

So what are you waiting for? Get in there, soldier, and enjoy Overwatch Uprising!