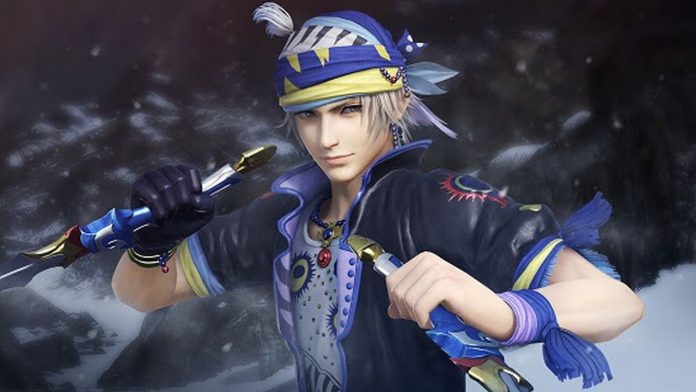 Better hold on to those season passes folks, as the next DLC character for DISSIDIA FINAL FANTASY NT has been revealed. Locke Cole from FINAL FANTASY VI is joining the fray; he will bring a brand-new fighting style, in-game cut-scenes for the story mode, plus additional costumes and weapons to collect.

As a thief, Locke has sneaky mechanics sisu as the Steal command that he can use to recover some missing HP or Bravery. When he is out of sight he can utilize his Mug skill to unleash a devastating attack to unsuspecting victims.

Locke Cole is now available for purchase and is already available for Season Pass holders along with five new characters and two bonus skins and weapons.

You can purchase your very own Season Pass here. For more information visit the game’s official website.