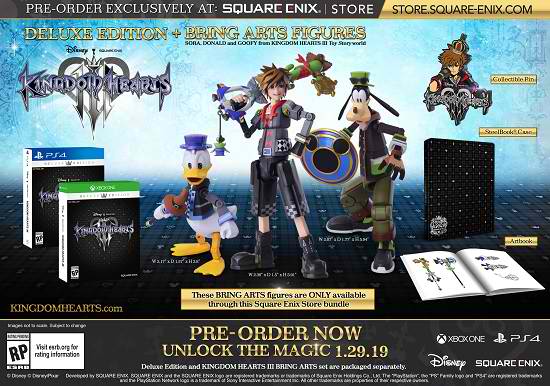 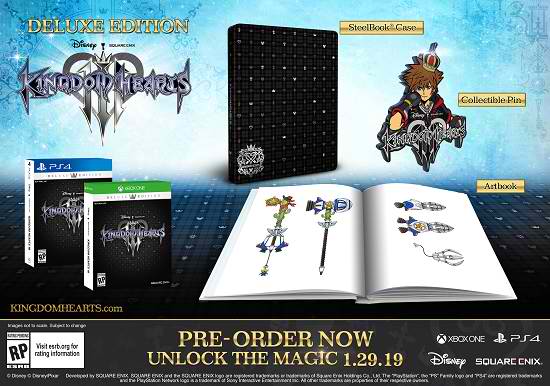 Better save up those munny as Square Enix just revealed two deluxe editions for Kingdom Hearts III. Here’s the first one (pictured above):

Yeah I know, a bit weak right? Looking get something more? Well fear not as they are offering an EVEN BETTER deluxe edition which includes the Bring Arts Figues! (Now why do I sound like an infomercial host).

Here’s what you’ll get with the Deluxe Edition + Bring Arts Figures bundle ($229.99 USD)

– Everything from the previous deluxe edition mentioned
– Bring Arts Figures of Sora, Donald and Goofy

Kingdom Hearts III releases next year for the PlayStation 4 and Xbox One on January 29.