Releasing only in Japan though. 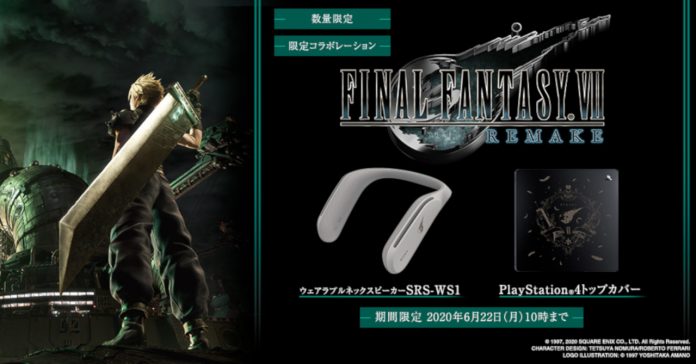 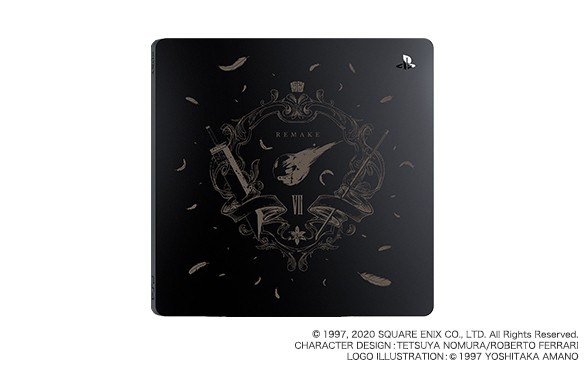 The FF7-Remake themed PS4 top cover comes in a black base color, and it comes with a gorgeous artwork that incorporates various motifs from the game. At the center of the art work is the Meteor, and it’s flanked by Cloud’s Buster Sword and Sephiroth’s Masamune. Near the bottom of the artwork is a flower (that symbolizes Aerith), and there feathers all over the art as well (referencing Sephiroth’s winged form).

This PS4 top cover is only compatible with the standard PS4 console (the Slim), meaning PS4 Pro owners won’t be able to use this.

The wearable neck speaker meanwhile, is a limited version of the existing SRS-WS1 from Sony. This FF7 Remake version though features the iconic Meteor on the left side, as well as the FF7 Remake logo on the right. The speaker also comes with a special FF7 Remake-themed box.

The game’s demo was also released just recently. If you want to know more about it, here are our impressions of the new FF7 Remake demo;