The movie will focus on Deku, Bakugo, and Todoroki! 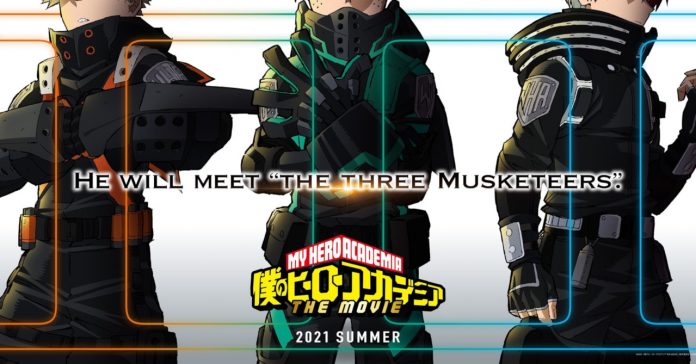 Following the tease for the film last week, the My Hero Academia third movie is official, and it will release in Summer 2021. The film’s release next year was confirmed by the official social media pages for the anime.

While the movie is confirmed to release next year, there’s no word yet on if the third BNHA film will also release internationally. Though given that the previous My Hero Academia movies also released in other countries, we expect this one to also get cinema releases outside Japan.

As for its story, we still don’t have much of an idea what the movie will be about. Though given the teaser image and the accompanying words “He will meet the Three Musketeers,” the upcoming BNHA film should focus on Deku, Bakugo, and Todoroki. For comparison, the first BNHA movie centered mostly on Deku, while the second film had Deku and Bakugo share the spotlight.

The first My Hero Academia movie, titled “Two Hereos,” was released back in August 2018 in Japan. Two Heroes also released in Philippine cinemas back in October 2018. Meawnhile, the second BNHA film, titled “Heroes Rising,” released in Japanese cinemas last December 2019. Unlike the first film, Heroes Rising was not released in the Philippines.