Catch the exclusive live stream on May 14 at 1AM PHT. 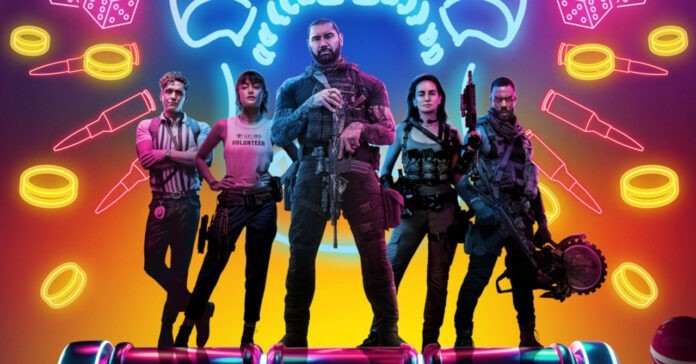 This Friday, May 14 at 1AM PHT, Netflix will host a global livestream event on the Netflix YouTube channel. There, fans can be part of unlocking the first 15 Minutes of Zack Snyder’s Army of the Dead.

The stream will feature special appearances by director Zack Snyder along stars Dave Bautista, Ella Purnell, Omari Hardwick, Ana De La Reguera, Matthias Schweighöfer, Nora Arnezeder, Tig Notaro and more. Once unlocked, fans will have a 32 hour window to watch the first 15 minutes of the film ahead of its release next week.

Not familiar with the film? The movie’s premise is described as:

“ARMY OF THE DEAD takes place following a zombie outbreak that has left Las Vegas in ruins and walled off from the rest of the world. When Scott Ward (Dave Bautista), a displaced Vegas local, former zombie war hero who’s now flipping burgers on the outskirts of the town he now calls home, is approached by casino boss Bly Tanaka (Hiroyuki Sanada), it’s with the ultimate proposition: Break into the zombie-infested quarantine zone to retrieve $200 million sitting in a vault beneath the strip before the city is nuked by the government in 32 hours. Driven by the hope that the payoff could help pave the way to a reconciliation with his estranged daughter Kate (Ella Purnell), Ward takes on the challenge, assembling a ragtag team of experts for the heist. “

Army of the Dead will release exclusively on Netflix on May 21, 2021.

Want to know more about the film? Zack Snyder recently shared with the media some interesting info about the upcoming zombie flick.

- Advertisement -
Previous article
Xiaomi announces Redmi 9A and 9C price drops in the Philippines
Next article
No Cash? No Problem! Shopee Lets You Pay for Your COD Purchases via ShopeePay