Not a lot of players have overcome Returnal's final challenge. 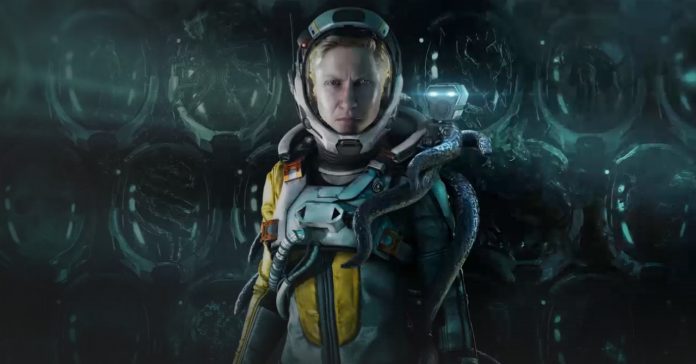 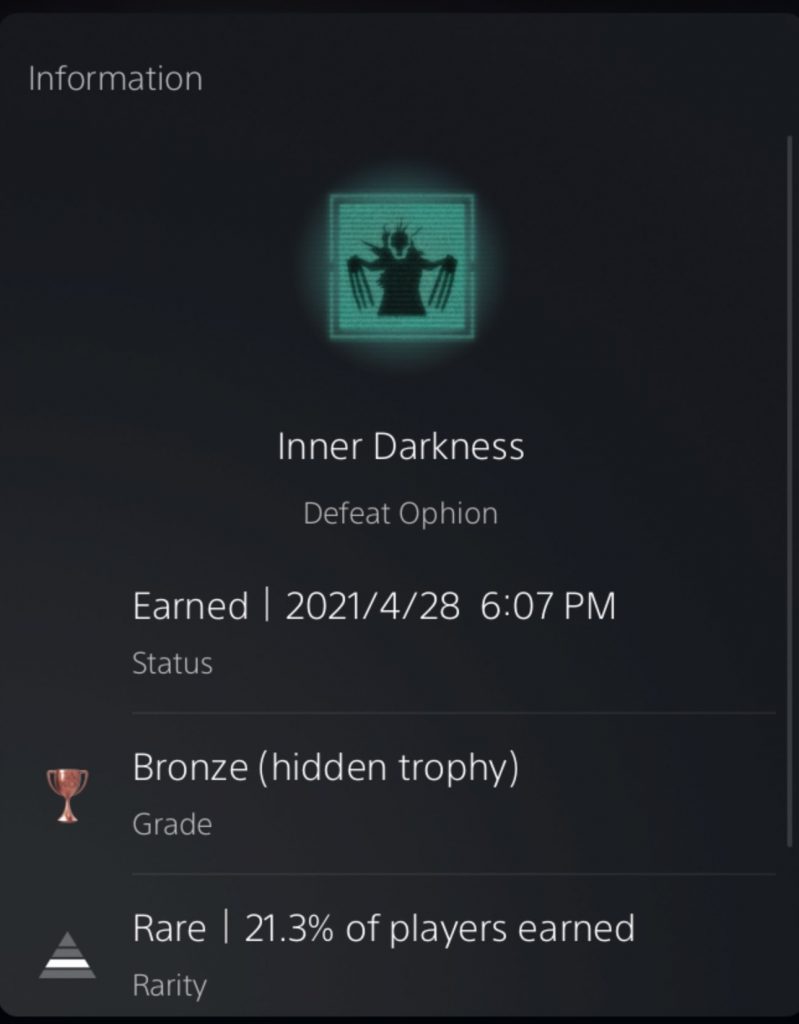 The fact that not a lot of players have defeated the game’s final boss is likely due to several factors, the biggest of which we believe is the game’s difficulty. As we’ve noted in our review, Returnal is a difficult and punishing game, especially as it is a rougelite, meaning you go back to the beginning of the loop whenever you die. This means you’ll have to endure another trek through the game’s biomes to defeat a boss if you died to it.

Another possible factor is that the game does not have a save function. Unlike other roguelites where you can quit anytime and resume where you stopped, you will have to restart your current cycle if you quit the game. While the shortcuts and weapon traits you unlock are saved, the fact that you need to restart the cycle means you have to dedicate a solid chunk of time to play Returnal to completion. Thankfully, it looks like Housemarque has acknowledged the request for a save function, so a save feature might release in the future.

While Ophion is the final boss in Returnal, defeating it does not mean you are already done with the game as there is a third act that can be unlocked by collecting specific items. Given that the game’s third act does not really bring much in the way of new levels and enemies, for our standards, Returnal’s completion rate is at 21.1% (which is the percentage of players who have finished Act 2 based on trophy data). 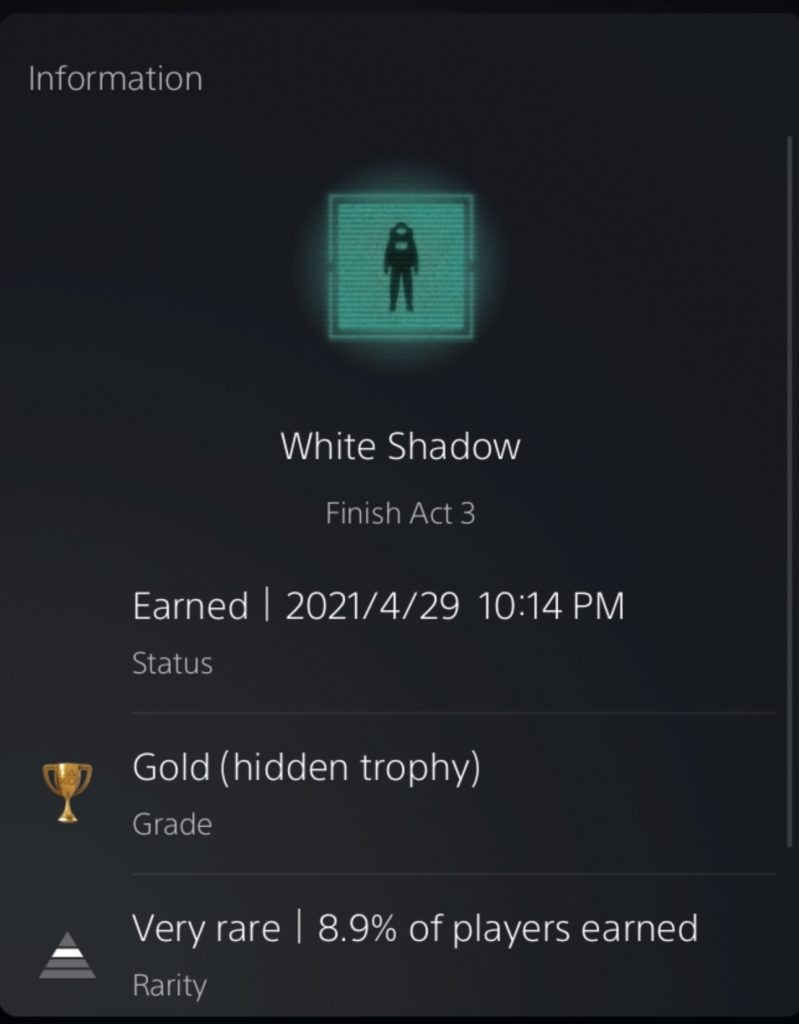 Though for full completion, only 8.9% of players have gotten to the game’s “true ending.”

In our other completion rate reports, we usually compared the completion rates of other comparable games. Doing so with this game is unfair though, especially as there aren’t a lot of PlayStation exclusives that are comparable to Returnal given the game’s more “hardcore” nature.

So, instead of comparing Returnal’s completion rate with other more story-driven PlayStation exclusives, we wanted to see how it stacked up against the Demon’s Souls remake. After all, Returnal has garnered lots of comparisons with FromSoftware’s Souls games.

For this comparison, we went with the Old King Allant boss trophy. While Old King Allant is technically the penultimate boss in Demon’s Souls, he is essentially the game’s final boss given that the actual final boss is a pushover and not much of a fight. 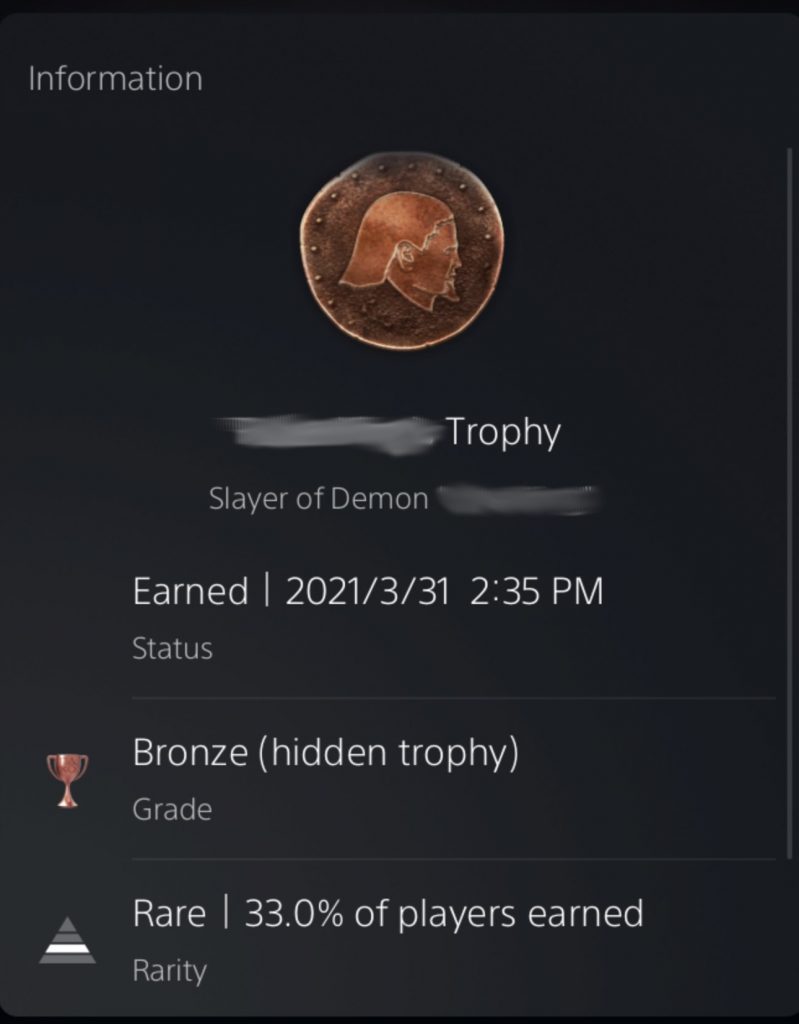 While this might make it seem that Returnal is a tougher game than Demon’s Souls, there are a lot of possible reasons why a larger percentage of Demon’s Souls players have seen the game through to the end. One possible reason is that there are more “Souls veterans” that have played the remake. This is unlike Returnal which is the first of its kind, being a triple-A roguelike third-person shooter. Plus, Demon’s Sousl is also considered by a lot of fans to be the easiest among Hidetaka Miyazaki’s games.

- Advertisement -
Previous article
Score Up To PHP 2,000 Off on OPPO Reno5 4G and A15s until July 31
Next article
The Witcher: Nightmare of the Wolf animated film releases on Netflix this August