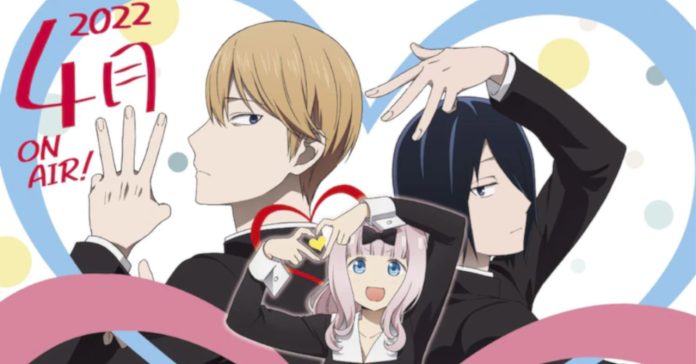 Following the release of Season 2 last year, Kaguya-sama: Love is War Season 3 is official, and it will release in April 2022.

While the season 3 of Love is War has been confirmed last year, its release date was revealed just recently via a 10-minute teaser video which adapts Chapter 110 of the manga.

Check out the mini-episode here:

Alongside the teaser video, the key visual for season 3 has also been released, and it features the show’s main cast: In case you’re unfamiliar, Kaguya-sama: Love is War is an anime series adaptation of the ongoing manga of the same name. The series is a romantic comedy anime, and its premise is described as:

The third season of Kaguya-sama: Love is War will premiere in April 2022, though there’s no word yet on where it will release for streaming outside of Japan. Given that the previous two season are on Netflix in the Philippines (and select regions), we expect the third season to also release on the platform on April next year.