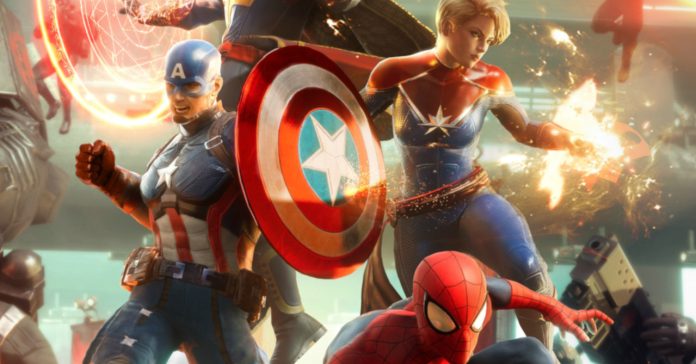 According to the latest financial report from EG7, a Marvel MMO is in the works from DC Universe Online developer, Dimensional Ink Games (a studio owned by EG7).

Specifically, this bit in the report was spotted by Miller who posted a slide in the report on Twitter. At the bottom of the slide, it read that a “New MMO utilizing Marvel IP” is in the long-term pipeline of games.

EG7 (DCUO/Everquest devs' parent company) released their Q3 '21 financials, and confirmed the unannounced AAA Marvel MMO that appeared in the GeForce Now leak and which had previously been cancelled in 2018 as the studio faced financial hardships has officially been REVIVED!! https://t.co/ho2gZcipa5 pic.twitter.com/jjVlMLHn1u

Given the success of DCUO, it’s no surprise that the studio behind it is also making an upcoming Marvel MMO. Given that DC Universe Online features a massive pool of heroes, we expect this Marvel project to also include a lineup that includes characters from all corners of the Marvel multiverse. Another thing that we expect is that it’s going to take quite a while before we see the game’s release. After all, the game is listed in the long-term pipeline of EG7.

While there has already been a Marvel MMO released back in 2013, that game wasn’t exactly well received. Given this, here’s hoping that this upcoming game does get confirmed and turns out to be good.