Demon Slayer: The Hinokami Chronicles is releasing on the Switch this June

The Demon Slayer game releases on the Switch this June! 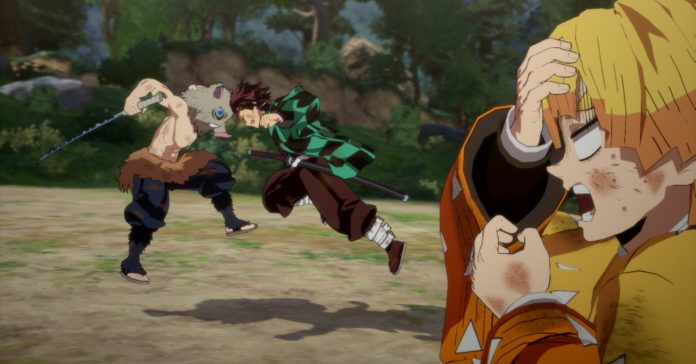 Following the game’s release on PC, PlayStation, and Xbox a few months ago, Demon Slayer: The Hinokami Chronicles is getting released on the Switch.

The game’s Switch version is scheduled to release in Asia on June 9, 2022.

The Switch version of The Hinokami Chronicles features a roster of 24 playable characters. This includes 6 characters that were added in free DLC on other platforms.

Along with this, the Switch version of the Demon Slayer game will also feature  in-game Kimetsu Points. These can be used to unlock characters and costumes , as well as the Butterfly Mansion Patient Wear which was originally released on other platforms as a bonus in the Deluxe Edition. On top of this, the Switch version also gives players access to the Kimetsu Academy Summer Uniform Costumes for characters in Versus Mode.

In case you’re unfamiliar,  Demon Slayer -Kimetsu no Yaiba- The Hinokami Chronicles is an arena fighting game based on the Demon Slayer animated series which premiered in 2019. The game lets players control Tanjiro and experience the events from the anime’s Unwavering Resolve Arc to the Mugen Train arc.

Aside from the story mode, players can also play in Versus Mode which lets them assemble a team of two of their favorite characters from the series and battle against other players.

Demon Slayer: The Hinokami Chronicles is out now on PS5, PS4, Xbox Series X|S, Xbox One, and PC.

- Advertisement -
Previous article
Is the PS4 still worth it in 2022?
Next article
Ghostwire: Tokyo pre-orders in the Philippines open on February 15