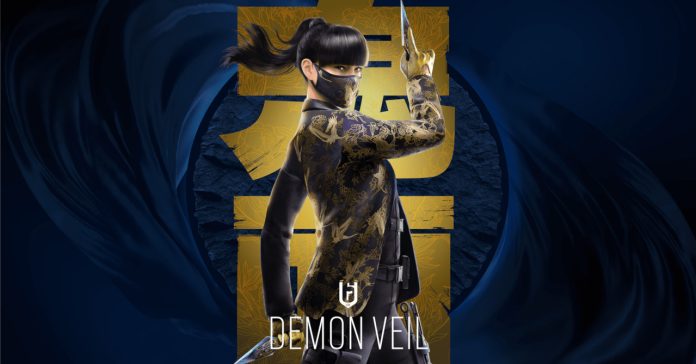 Azami is a new Defender equipped with the Kiba Barrier gadget. This gadget consists of throwable canisters that deploy an expandable material which solidifies into a bulletproof surface, providing quick cover in a firefight. This gadget also allows Azami to repair holes in walls and floors for a tighter defense. Azami is a medium speed, medium health Operator, and her loadout features a 9X19SVN or an ACS12 as a primary weapon and a D-50 as a secondary weapon.

While new seasons for Rainbow Six Siege often feature map reworks, this season comes with the first new map in the game in three years: Emerald Plains. This map is set in a modern country club in Ireland.