Get Warhammer 3 now on PC via Steam, Epic, Microsoft, and Game Pass. 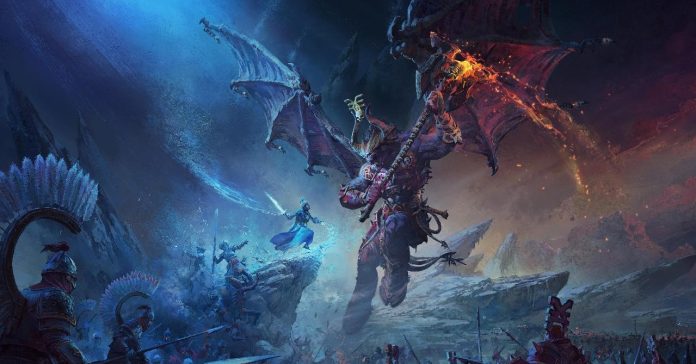 The third game in the Total War: Warhammer series features seven playable races, including the video-game debuts of Grand Cathay and Kislev. The game also includes a range of new features, including the Realm of Chaos campaign, eight-player multiplayer, and the customizable, RPG-like Daemon Prince Legendary Lord.

Warhammer 3 also comes with a Prologue campaign, a new Total War experience, that’s designed as an introduction for brand-new players, as well as for players who need a refresher course on the game’s mechanics. Not only will players will learn basic and advanced techniques in this mode, the Prologue also has a story that leads into the main campaign.

“We are incredibly proud to have created one of the most comprehensive grand strategy experiences in Total War history,” said Game Director Ian Roxburgh. “This might be the final game in the trilogy, but it’s only the beginning of Total War: WARHAMMER III’s immortal journey”.

Along with the main game, the Ogre Kingdoms Race Pack is also available now, and it adds two additional Legendary Lords into the game on day one.

Total War: Warhammer 3 is available now on PC via the Microsoft Store, Steam, and the Epic Games Store. The game is also available with Xbox PC Game Pass.

For more information on Warhammer 3, visit the Total War FAQ