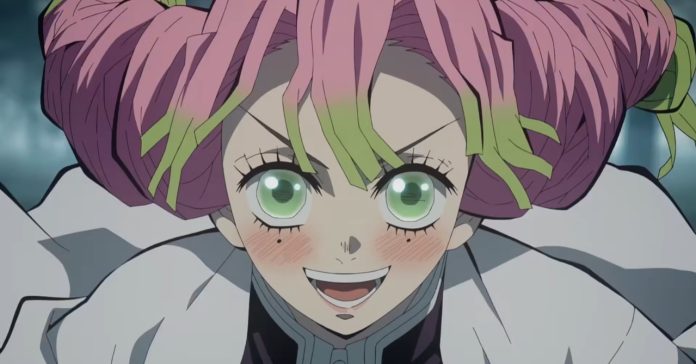 Following the end of the Entertainment District Arc (aka season 2), the Demon Slayer: Kimetsu no Yaiba Swordsmith Village arc has just gotten its first official trailer!

The Swordsmith Village arc is essentially the anime’s third season, and it was confirmed via at the end of the show’s second season back in February. Now though, we finally have our first look at the upcoming season, giving us a taste of what to expect.

Much like the two previous arcs (Mugen Train and Entertainment District), the new arc will put the spotlight on certain members of the Hashira — the highest ranking members of the Demon Slayer Corps. Specifically, this next season will feature Mitsuri Kanroji, the Love Hashira, as well as Muichiro Tokito, the Mist Hashira.

Aside from the two Hashira, the series will also introduce new villains, all while following the journey of the main cast, including Tanjiro, Nezuko, Zenitsu, and Inosuke.

Right now, there’s no word yet on when the Demon Slayer: Kimetsu no Yaiba Swordsmith Village Arc will release. Though considering that there’s already a new trailer for it, fans likely won’t have to wait too long for the new season to release.