You know you want that Dockside Extortionist. 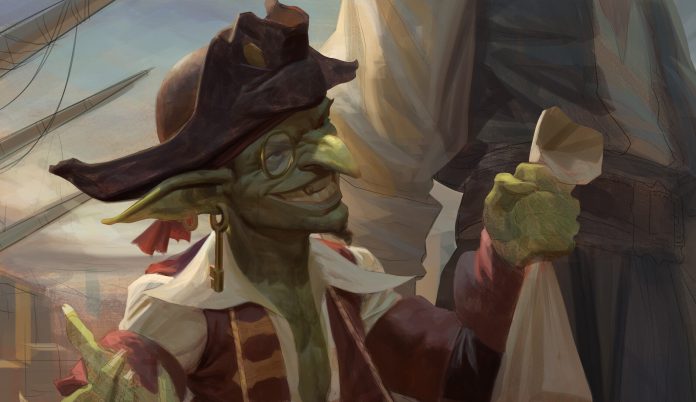 Magic: The Gathering’s latest set, Double Masters 2022 is right around the corner and with it comes a carefully curated collection of reprints that are sure to find a home in a supported format you are playing.

Aside from the highly desirable cards that seem to focus on the 10 shards (three color pairings), this set is also very playable out of the box in a draft/limited environment.

Draft aside, I don’t know about you but this set should have been called COMMANDER Double Masters 2022 just because of the spicy new reprints that are mostly attuned for the popular format. While all the cards mentioned are sure to be saved a slot in the 99, they are also more than welcome on other modes of play, too!

With that said, here are our Top 10 cards coming out of Double Masters 2022!

We last saw this card get printed in Ultimate Masters. Phyrexian Altar is a favorite sacrifice enabler that, with the right cards can create some infinite combo shenanigans. As an artifact, it’s a tad bit harder to remove than creatures.

A handy eject seat for White, Teferi’s Pr0tection for a turn saves you from practically everything – up to the point where all your permanents “turtle” out and come back when it’s safe. This saw some reprints in previous sets and made me particularly happy knowing that this card is in a healthy circulation. 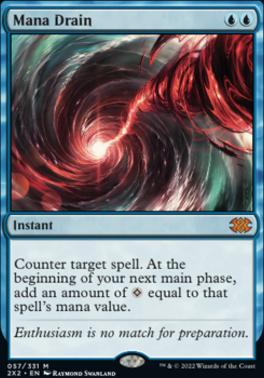 One of the best counterspells in the game that gives you colorless mana. What more can you ask? 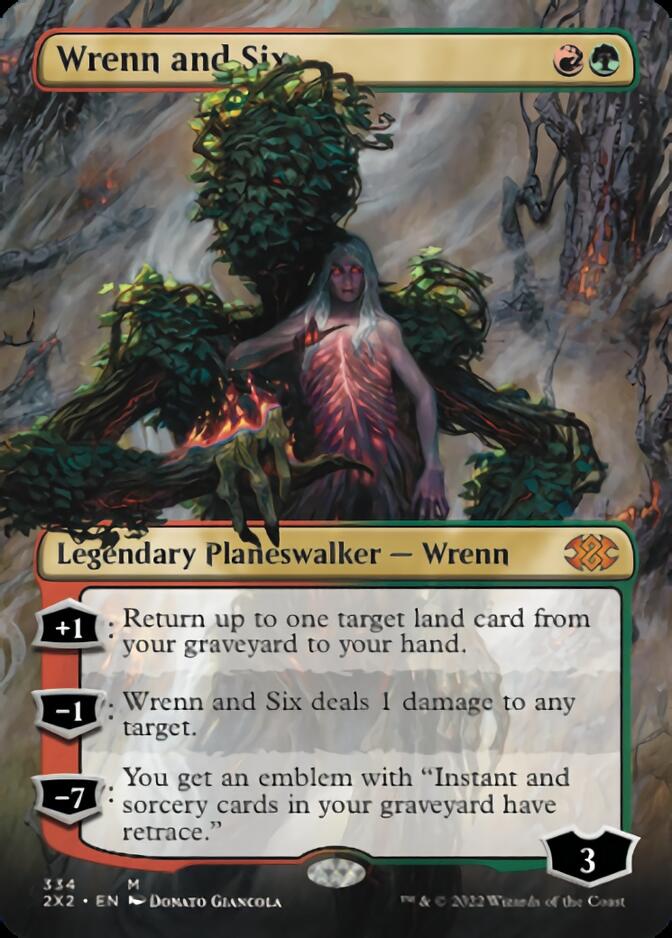 One of the more pricier planeswalkers to date gets another reprint! This Gruul card only appeared in Modern Horizons and as part of “The List” so consider yourself lucky if you pulled one of these bad boys. 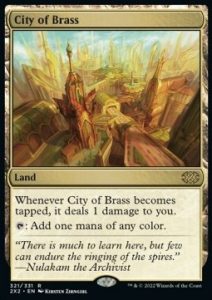 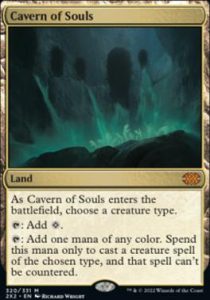 6. (Tie) City of Brass and Cavern of Souls

Ok so I am cheating a bit on this one but these two land staples always fit in the 99 on every possible tribal and multi-colored deck, respectively. Cavern of Souls got a lot of reprints coming off from “The List” but City of Brass, on the other hand was last seen almost 10 years ago so cheers for bringing this WUBRG pain land back in circulation. 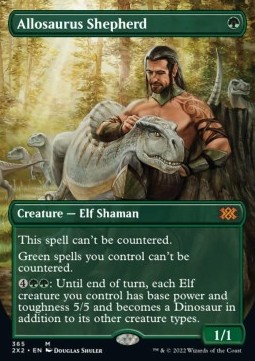 This Elf staple was once the most expensive card back when it first appeared 2 years ago in Jumpstart, a personal favorite format of mine. This card is very much wanted in Green or Elf-centric decks and can provided that much needed blue-hate. In the mid to late game it’s ability can also serve as a quick finisher. 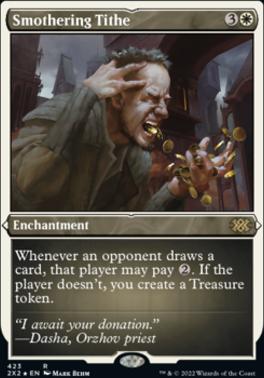 Yes, Smothering Tithe is back and with it comes the hate of every player being asked “are you willing to pay 2?”. More painful if you were just asked earlier for Rhystic Study. 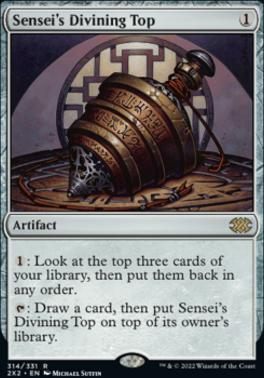 I remember playing heavily during the Kamigawa block days with this card pricing a around $1. I also remember with regret selling my set before. At least we can see more printings of this little top that could.

Treasures! If there was a card that was so heavily requested by players, this would be it. Dockside Extortionist got it’s first appearance in a 2019 Commander Precon and was not seen since Double Masters 2022. No excuse not to get it this time.

I think it is safe to say that every Magic player DID NOT EXPECT this card to pop up in the Weekly MTG stream. Priced around $600-$700 before the reprint, this Vampiric Tutor variant is a definite staple in black decks. Because of the low casting cost of 1 black mana, this can also be easily splashed in multicolored builds too! If you only had one card to get for Double Masters 2022, make it Imperial Seal. 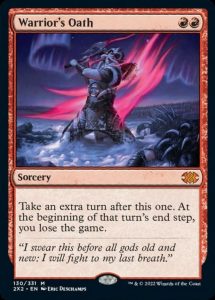 This is a bit niche to include but I am bias with this card since it makes it all the more easier to complete my Obeka, Brute Chronologist deck!

And that’s it! What card are you most excited about in Double Masters 2022? The set officially releases on July 8, 2022. Support your local game stores and find a place to game near you using this link.