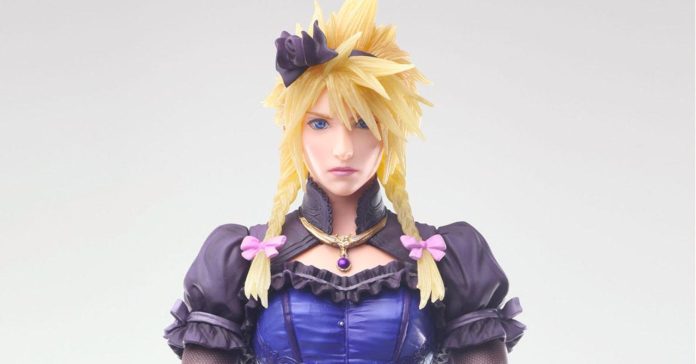 We’ve all been waiting, and it’s about time as Square Enix just unveiled the ever-so-popular dress-clad Cloud Strife figure in the Play Arts Kai line.

This is a welcome follow-up to the Aerith and Tifa Dress Version Static Arts and Play Arts Kai figures, essentially completing the holy trinity of FF7 Remake “magical girls.” It may not be a coined name, but let’s admit it–that’s who they are. 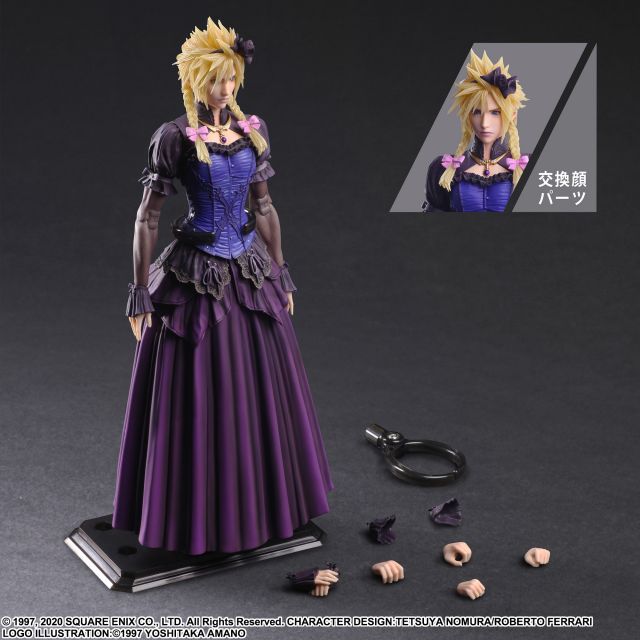 Every detail is accurate to a T, from his his little ‘fascinator’, to his makeup, down to the pigtails. A lot of attention was given to the details of his purple, flowing dress. In terms of accessories, you get a swappable head part with a different expression and several swappable hand parts–including the very dainty hands crossed over each other. You can’t go full action, but there’s sufficient posability to go around. Of course, you also get a stand.
- Advertisement -

The release date for Final Fantasy VII Remake Play Arts Kai Figure for Cloud Strife’s Dress Version has yet to be released, but it’s available for pre-order at the Square Enix Store.

In the Philippines, it’s also available for pre-order at Datablitz. If we’re going by the prices from before, expect to shell out around PHP 8,000 for this lovely Cloud Dress version figure.