What a way to kick off Magic: The Gathering's 30th anniversary! 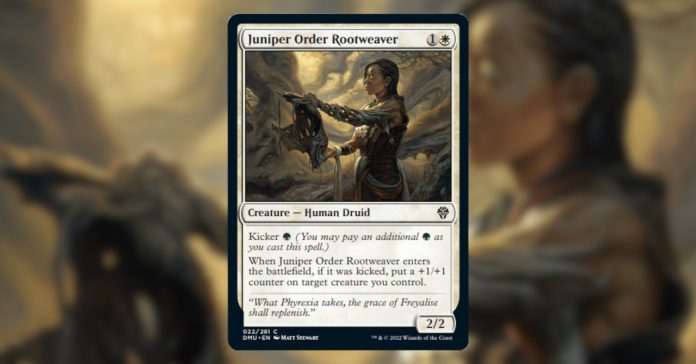 Magic: The Gathering is celebrating the game’s upcoming 30th anniversary by going back to its roots and returning to Dominaria, and here’s our preview of Juniper Order Rootweaver!

With the schemes of Nicol Bolas foiled during 2019’s War of the Spark event, the sets that came after that seem to hint at the return of Phyrexians – a race that has once dominated that plane and other multiverses. Dominaria United will also see the return of familiar faces like Teferi, Jhoira, and Jaya as well as a popular planeswalker normally associated with the White color pie of Magic – Ajani.

Speaking of white, have a look at our preview card Juniper Order Rootweaver below in its normal frame which features the art of Matt Stewart. Thank you to Wizards of the Coast for giving us the chance to share this card exclusively for UnGeek. 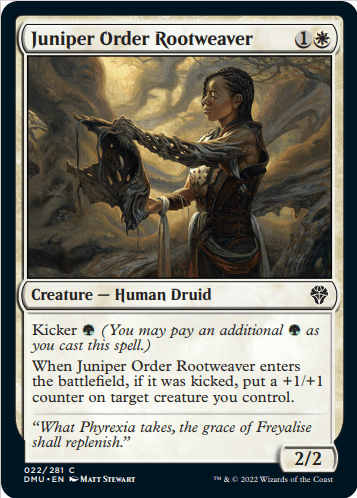 Juniper Order Rootweaver is a 2/2 white Human Druid which sees the return of a popular mechanic in the game called Kicker – an ability that states if you pay additional green mana on top of its normal cost, it can give a target creature (which can include itself) a +1/+1 counter, making it a more formidable threat on the battlefield.

On its own, the card is value for mana but this will serve its purpose more on a “counter matters” deck that cares for +1/+1’s on the battlefield. For commander this can find a home in a Selesnya deck that loves getting modifiers – I’m looking at you Drizzt.

Many thanks to our friends at Wizards of the Coast for sharing this card tease with us!

Dominaria United pre-release events will happen on September 2-8 with an official release on your friendly local games stores on September 9. Alternatively, you can also get the expansion digitally on Magic: The Gathering Arena during those times. Dominaria United will be available in the regular 16-card Draft Boosters, Set Boosters, Collector Boosters, Commander Decks, and a Bundle containing an oversized D20 spin-down die. Most excitedly though would be the return of Jumpstart boosters that is in-line the Dominaria theme as the format promotes ease of entry to newer players. 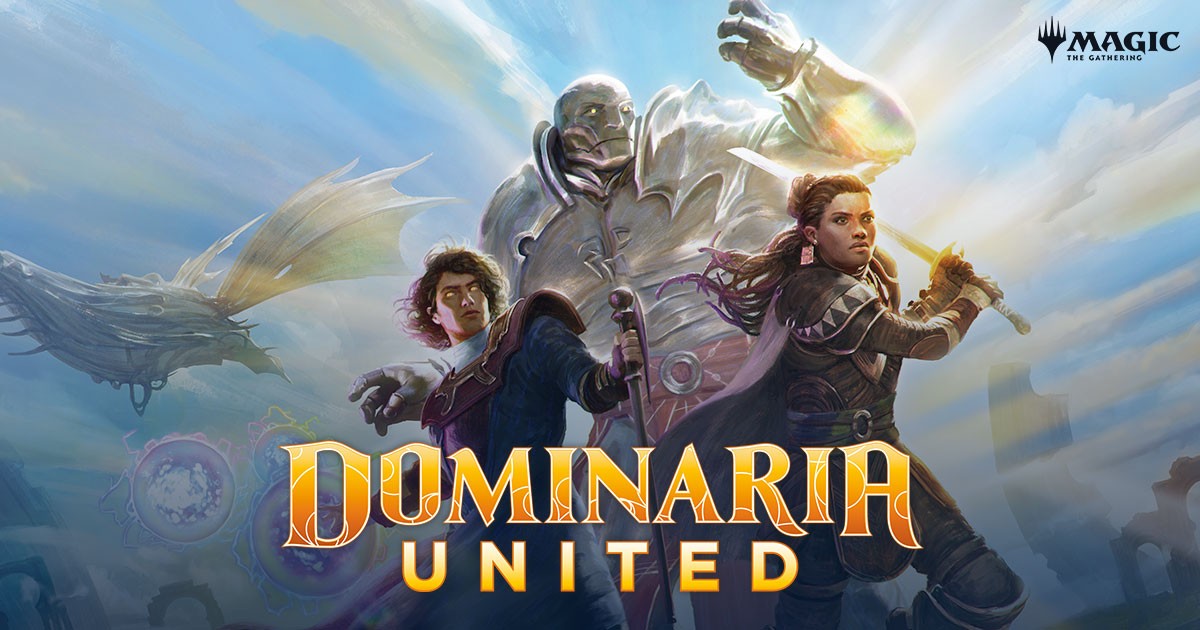