Mobile Legends: Bang-Bang M5 will be held in the Philippines! 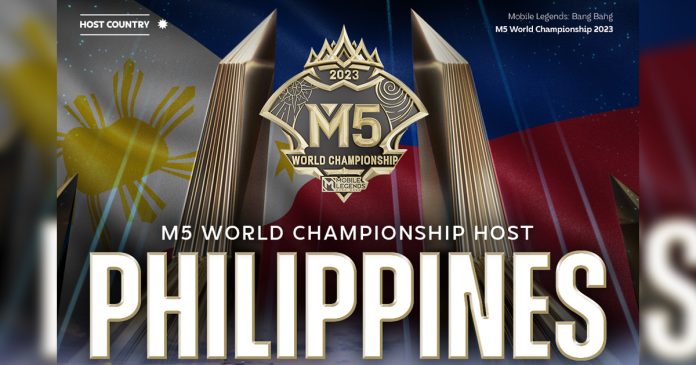 This is it! After 4 cycles of Mobile Legends: Bang-Bang World Championships, the esteemed Series is heading over to the Philippines for M5! Showcasing how strong the Philippines is as a participant in the ever-growing mobile esports in the region and around the world, M4 saw two Pinoy teams battle it out for glory. 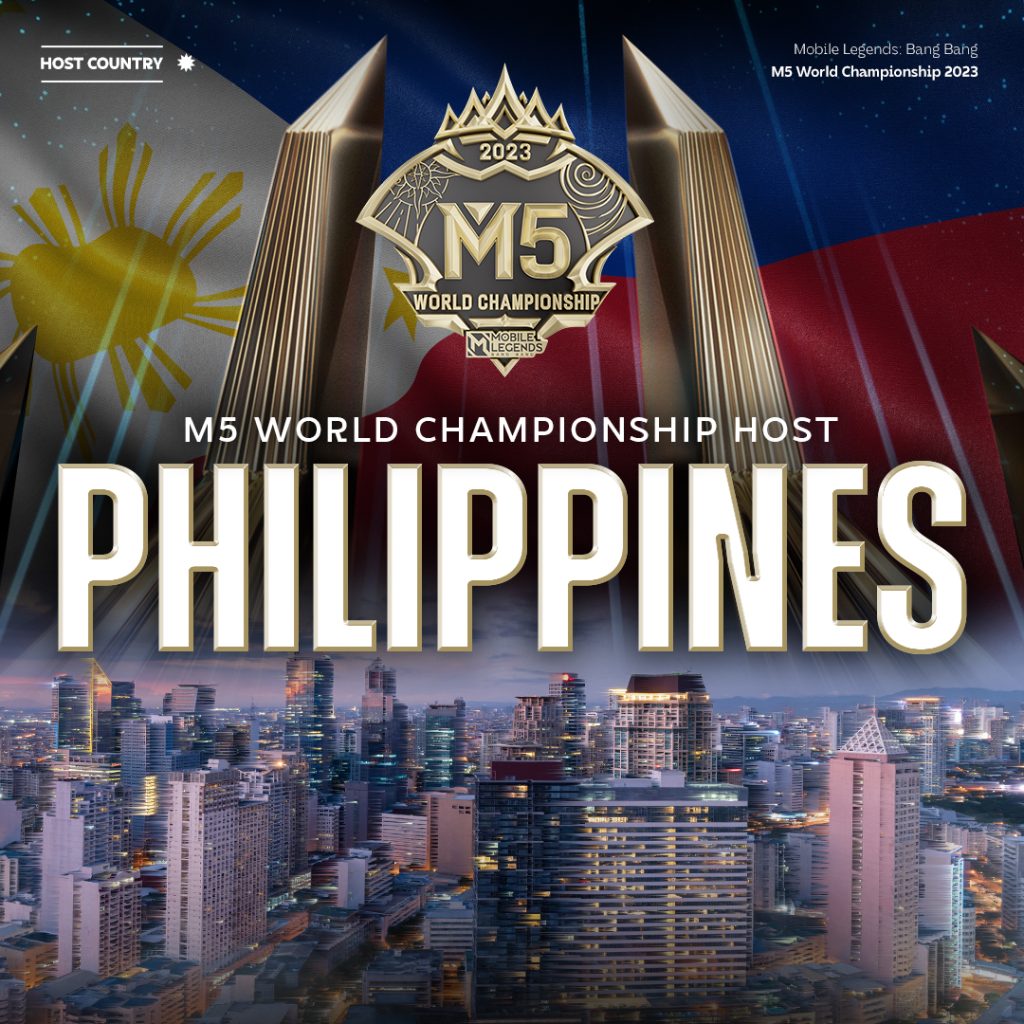 With fan-favorite and M3 World Champions, Blacklist International securing an upper bracket spot during the Knockout stages and Semi’s, as well as Echo coming back from the lower bracket to face off their compatriots in the grand finals of M4, its only fitting that the next big MLBB tournament be held in the Philippines.

During the M Summit, a business summit for esports and gaming professionals, MOONTON unveiled the roadmap for Mobile Legends: Bang-Bang for 2023. 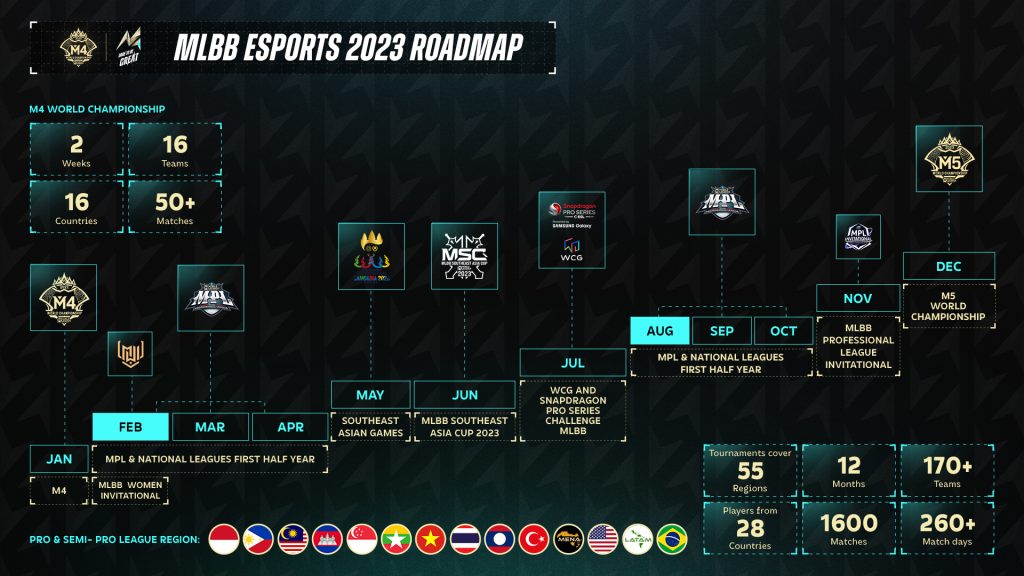 Right after the World Championship, the regular season opens (MPL) up again for Singapore, Malaysia, Brazil, Indonesia, Philippines, Cambodia, and the Middle East. Other major professional tournaments hosted by MOONTON Games, including the Turkey
National Championships, the Mobile Legends: Bang Bang Super League (Regional League, LATAM), and the North America Challenger Tournament, will also be hosted during the same timeframe. Subsequently, the SEA Games 2023 and MSC 2023 will be hosted between May to June.

During the latter half of 2023, the World Cyber Games and Snapdragon Pro Series MLBB will be held in July, followed by the MPL and National Leagues running between August to October as qualifiers for the M5 World Championship. Prior to the international tournament commencing in December, the ONE Esports MPL Invitational 2023 will be hosted in November.

Towards the end of the year, we’re bound to have MLBB Fans cheering again for the M5 World Championship this time held in the Philippines. While no further news has been shared (venue, and actual dates), it’s such a welcome event for both MLBB fans and Esports fans in general.

The last time we had a major esports World Tournament happened in the country was 2016’s Dota 2 Manila Major that spanned a few weeks and had an insane prize pool of $3M USD. Having a major international esports event in the Philippines could setup the momentum again for making the country a hub for esports events — something that we were primed to do a few years back.

With the lineup of MOONTON for MLBB and the cherry on top of having the M5 World Championship being held in the Philippines, it’s already looking like a great year for esports.