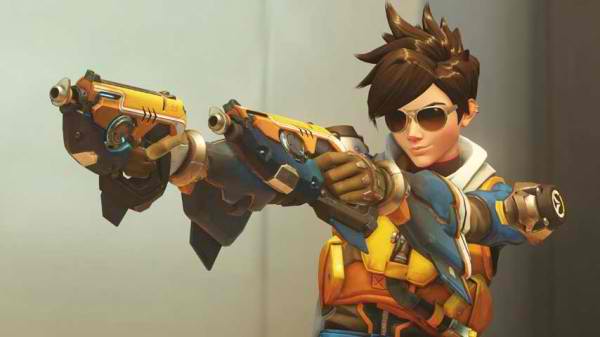 Kaplan shares that the team is continuously working on multiple new heroes. He also noted that it takes months to prototype a character and their abilities, similar to Genji which took 6-months of work before it was finally released. He also hinted a new hero is currently in the “art pipeline” for character design and abilities.

In addition, Sombra will not have a character update soon. He explains they do not want to repeat of the immediate tweaks they made with Ana which out-balances the style of  play with other characters. He also explains the team sees that the players are still in the “mastery curve” with Sombra, so they’ll opt to wait and get more feedback from the players. It’s great to point out that the Overwatch team is keeping their lines open to feedback and suggestions from the community!

Kaplan shares that the Oasis map, which is currently in the Public Test Region (PTR), will be accessible to the live audience in early 2017. New maps are already in the works as well and this will only add more variety and replayability to the game. Map design is not the easiest task to do, with all the pathways and choke points to consider, and we’re glad that they are not rushing anything! We expect nothing but the best from Blizzard and given their very good track record, we can wait a while longer.

2017 will include MORE seasonal events as this was well received by the Overwatch community. I for one enjoyed collecting all the seasonal skins and I am still salty that the game did not give me the Witch Mercy skin I so desperately wanted. Kaplan did not share specifics, but he mentioned that there will be seasonal events that are obvious (perhaps Valentines Day or Easter?), and events that you would not have thought of so expect more surprises for this one!

Players can expect that by next year, you can equip your characters up to 4 sprays, emotes and voice lines! Of course, you can only use one at a time, but for next year you can easily switch via a radial menu from one option and choose from the other three.

Another in-game feature update is the customization to the communication wheel. For next year you may now edit how you say “thank you” or “hello”. More ways to tell your team to GET ON THE PAYLOAD maybe?

Blizzard is on the right path for allowing players to inject their own style into the game, allowing more options for expression and personality!

Kaplan shares the Overwatch team is currently working on ways to allow parties of players easily move into team chat, particularly in the seasonal competitive matches. He noted this will be implemented as something similar to “Stay as Group Button” to encourage members to join the team chat, rather than always switching from party to team everything you need to type in.

Kaplan was excited to share that team is working on having a “Custom Game” server browser which will make other players easily join a custom game. This will lessen the hassle of adding in friends and once this becomes available, a player can create a Custom Game and make it public so that other players can just go to the server browser and select which game they wish to join.

Kaplan ended the video by expressing gratitude to all the players and that the Overwatch team is overwhelmed with the success of the game because of support of the community. He asks players to continuously give their feedback as they work to improve the game and when developers and designers listen to valuable feedback from the community, expect only good things to happen to Overwatch moving forward. With all these exciting announcements, it looks like 2017 is a very promising year for Overwatch! Now get back on the objective, we’ve got a payload to deliver!

Read more about Overwatch with our past articles:

- Advertisement -
Previous article3 games you’ll want to play with your Playstation 4 Ultimate Holiday Pack!
Next articleCongrats to the FINAL Batch of Winners for the UnGeek Holiday Geek Gift Giveaway! | Day 8-11 and Grand Prize