The PS4 Pro Monster Hunter World Rathalos Edition is the ONLY PS4 Pro Edition you should BUY! 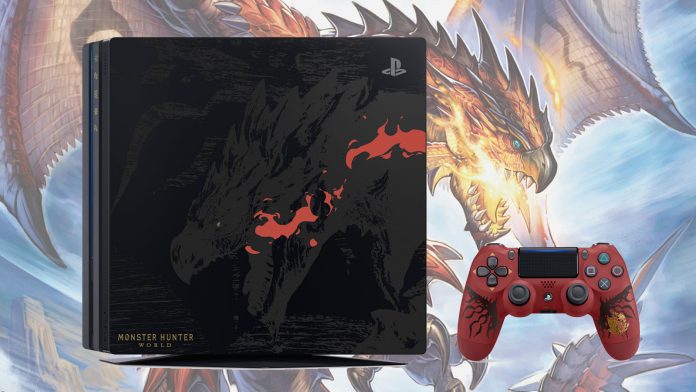 If you’re in the market for a new and shiny PlayStation console you might want to hold off until after the Holidays for. THIS. MONSTER. OF. A. UNIT! 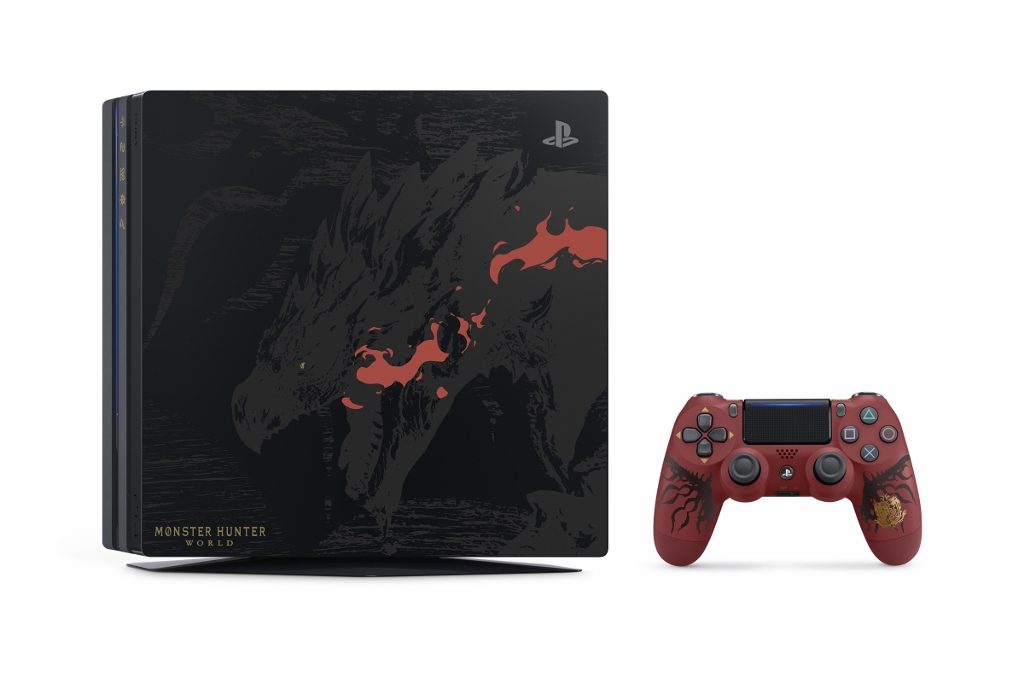 The special PS4 Pro Monster Hunter World Rathalos limited edition is announced for a January 2018 release and we here have been excited ever since we saw this last September at the Tokyo Game Show 2017 floor! 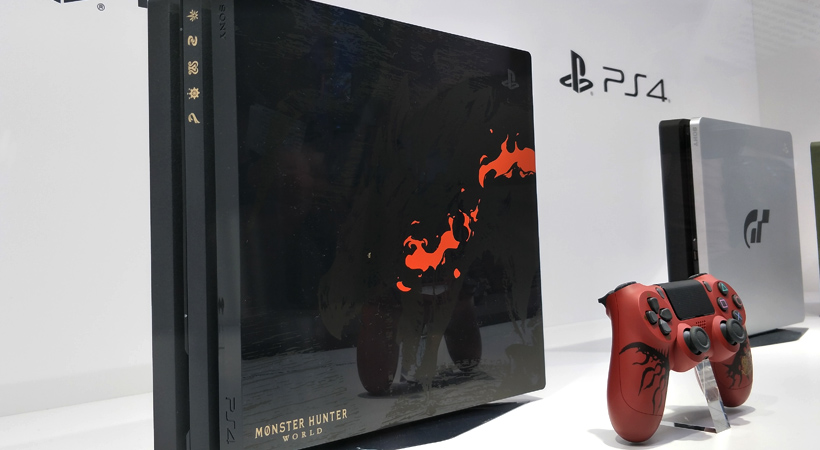 Featuring the one and only King of the Skies, the PS4 Pro Monster Hunter World Rathalos edition comes in a glossy black with an artfully-rendered silhouette of the ferocious fire wyvern embossed on the surface. The sides are also printed with gold lettering, adding to the dramatic effect that only an enraged Rathalos can evoke! (Pro:Tip if this is anything like the Final Fantasy XV PS4 Slim Edition then you may want to take extra care of the top coat. The gloss is hyper sensitive to hairline scratches. Just make sure you have very fine microfiber cloth to cover the PS4 Pro with when not in use an never clean the surface dry). 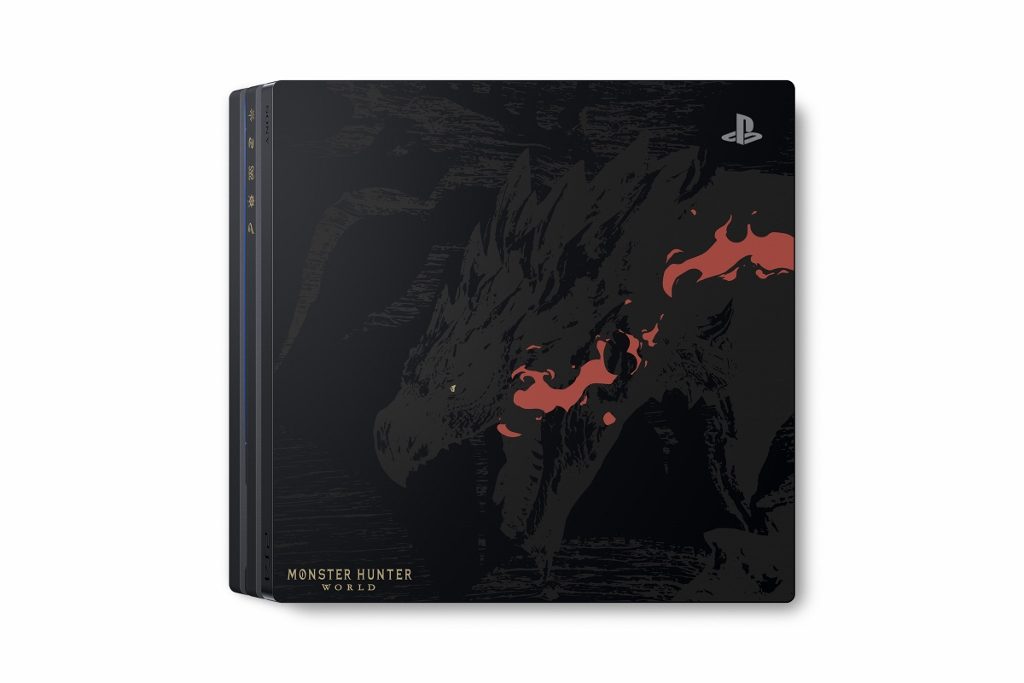 The edition also comes with a special edition PS4 Pro controller, elegantly designed in the style of the Rathalos’ wings and finished in a fiery red. You can definitely feel the power of the skies in the palm of your hand with this classy controller! 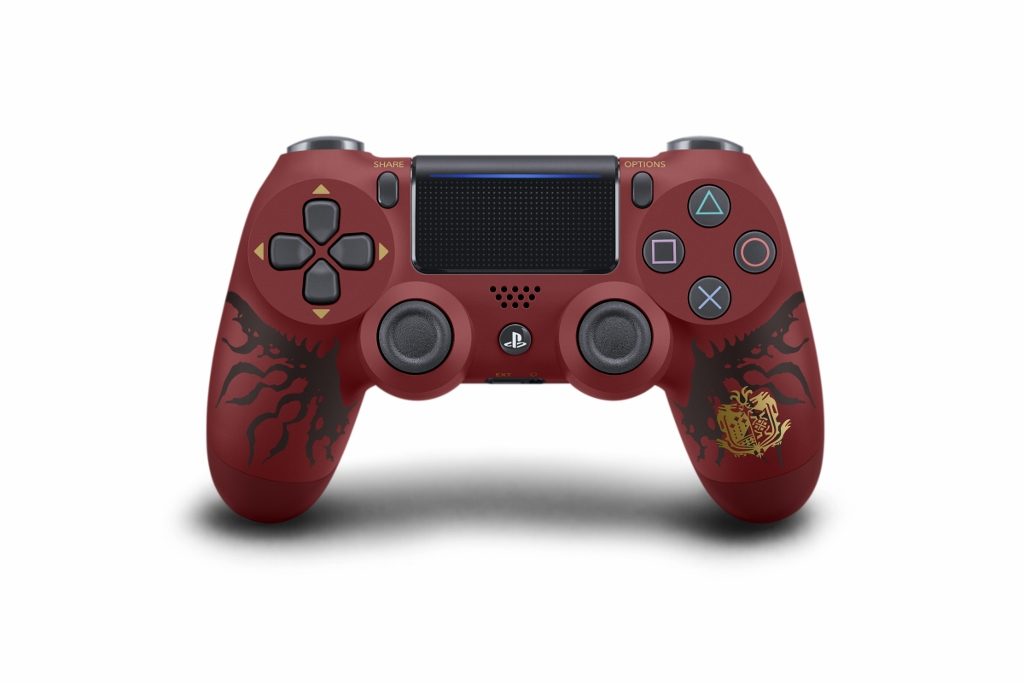 The PS4 Pro Monster Hunter World Rathalos edition will be coming to our shores in very limited quantities at the end of January 2018 with an SRP of Php 26,480.00  (which is a pretty solid deal considering it also comes with the game), so we definitely advise hunters to be on the lookout for the arrival of the Rathalos!