Uniqlo to release ‘Manga UT’ line with designs from My Hero Academia, Ranma 1/2, and more 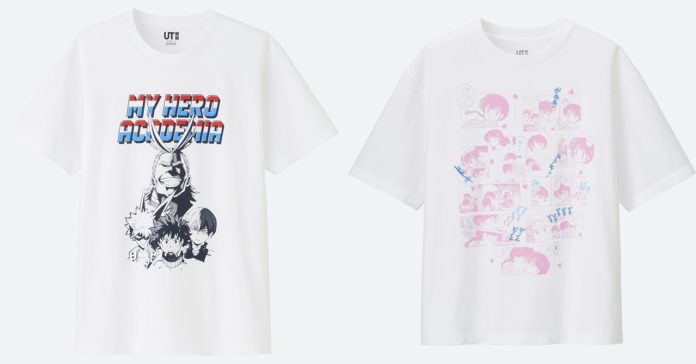 [UPDATE 5/31: The Manga UT collection is now available in the Philippines]

Is the upcoming One Piece collection not enough for you? Well, Uniqlo also unveiled a new ‘Manga UT’ lineup recently, and it’s the long-awaited follow-up to last year’s hit Shonen Jump collection.

Unlike last year’s collab, this upcoming UT line will not only feature Men’s and Kid’s items, there will also be a Women’s t-shirt line as well! Another thing that’s different with this manga-inspired collection is that the designs won’t just come from Weekly Shonen Jump series, there will also be shirts based on Rumiko Takahashi’s work such as Inuyasha and Ranma 1/2.

First up for the collection is the Men’s line, and it features nine t-shirts with designs featuring the following Weekly Shonen Jump series:

Up next is the Women’s UT line with four tees, all of which feature designs based on the following works from Weekly Shonen Sunday, including three works by Rumiko Takahashi:

The Uniqlo ‘Manga UT’ line will be released in Japan on May 27, 2019. Expect the tees to arrive in Uniqlo PH stores shortly after.