Here’s where you can buy the ‘Mobile Suit Gundam Extreme Vs. MaxiBoost ON’ Collector’s Edition

A definite must-have for Gunpla collectors! 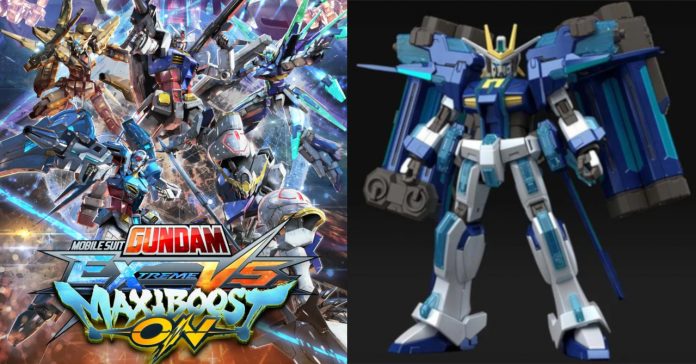 The highly anticipated Gundam game Mobile Suit Gundam Extreme Vs. MaxiBoost ON finally launched last Thursday, July 30 for the PS4. Physical copies of the game are now available in video game retailers in the Philippines, including the Standard Edition and the Collector’s Edition.

Yes, you read that right. The Mobile Suit Gundam Extreme Vs. MaxiBoost ON Collector’s Edition is available now in select retailers in the Philippines. In case you missed the announcement for this special version, the game’s collector’s edition comes with an exclusive High Grade (HG) Gunpla kit!

Want to get your own MaxiBoost ON Collector’s Edition? Here’s where you can buy one:

First up, the special edition of the game is available on Datablitz.

TAKE 2-VS-2 COMBAT TO THE NEXT LEVELMobile Suit Gundam: Extreme Vs Maxiboost ON for PS4 [R3] in i.Tech…

The MaxiBoost ON Collector’s Edition is also available at I.TECH.

The special edition of the game is priced at PHP 6,495 on both stores, and it comes with the following:

If you’re planning on getting one, you better hurry as stocks are limited!

Not familiar with the game? Mobile Suit Gundam Extreme Vs. MaxiBoost ON is described by Bandai Namco as:

“Set in the globally iconic GUNDAM universe, MOBILE SUIT GUNDAM EXTREME VS. MAXIBOOST ON enables players to take 2-on-2  combat to the next level with Mobile Suits spanning the entire breadth of the franchise’s history. MOBILE SUIT GUNDAM EXTREME VS. MAXIBOOST ON features 185 playable units from 36 different GUNDAM iterations, each with unique abilities designed to match any fan’s personal playstyle. Players can choose from three different EX Burst Systems—Fighting Burst, Extend Burst, and Shooting Burst—to coordinate with allies and lay waste to all that stand (or fly) in their way.”