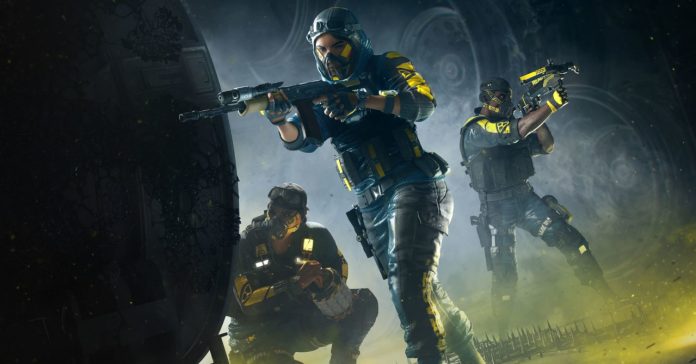 Unlike its predecessor which is a competitive tactical shooter, Extraction will be a PvE co-op game that will lets players join the REACT Team and assemble a one to three-player squad of well-known and beloved operators from Rainbow Six Siege. The squads will then be tasked to defeat mysterious alien creatures known as Archæans. While the game is presented as a co-op experience, Extraction is fully playable solo.

In the game, players will be deployed in 4 varied regions across the US where they will face the alien threat in 12 maps, each with dynamic modifiers to make each playthrough feel fresh. The game also features 13 different objectives to make each run unique. To combat the alien threat, operators in Extraction will have access to more than 65 weapons, ten legacy Rainbow Six Siege tech, and 15 exclusive REACT tech.

Extraction will also feature a custom leveling system for each of the 18 Rainbow Six operators. By leveling each operator up, players are to advance their Operator’s gear, weapons, and abilities. Leveling up also allows players to ulock new zones, Operators, customization items, and more.

As for the enemies, Extraction will feature 13 archetypes of dangerous Archæan variants, as well as infestations, parasitic mutation challenges, numerous incursion types, and other features.

Tom Clancy’s Rainbow Six Extraction will release worldwide in January 2022 on Xbox Series X|S, Xbox One, PlayStation 5, PlayStation 4, and the Ubisoft Store on PC. The game will release with full cross-play, cross-save, and cross-progression support.

For more info on the game, visit the official Extraction website.