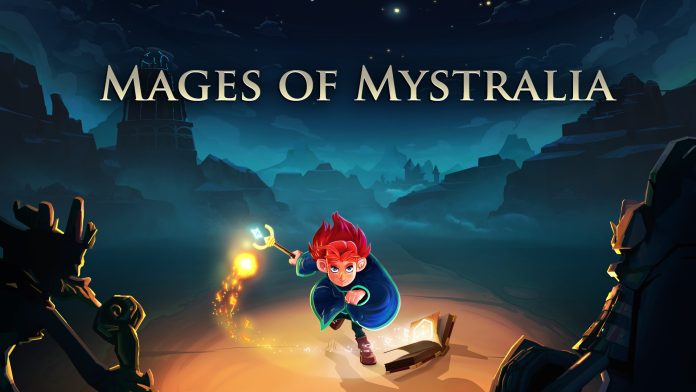 Just a few more games to go, but we’re counting them all down on the Epic Games Store. If you’re up for some action-packed, isometric, magic-casting goodness, then Mages of Mystralia might be the game to pick up for free today!

It’s a classic action-adventure with distinct regions to explore, quirky environmental puzzles to solve, and huge bosses to beat. With a simple crafting system, you can design any spell to suit any playstyle.

With an original orchestral score conducted by Shota Nakama and performed by the Video Game Orchestra at SoundtRec Boston, expect a truly epic experience in such a simple package.

The premise is simple, but intriguing:

“In Mages of Mystralia, you play as Zia, a young girl who discovers that she has been born with an innate sense of magic. Unfortunately, magic has been banned, so she strikes off to train on her own to gain some control over her powers. On her journey, she meets other exiled mages and, discovers runes with magical properties and realizes that she can combine these runes in millions of different ways to come up with completely new spells.”

The story was written by bestselling author Ed Greenwood, creator of the Forgotten Realms fantasy world for Dungeons and Dragons. If that doesn’t crank up the epic-fantasy realness to 11, nothing else will.

Mages of Mystralia is available on PlayStation 4, Xbox One, Nintendo Switch, and for free today on Microsoft Windows via the Epic Games Store.