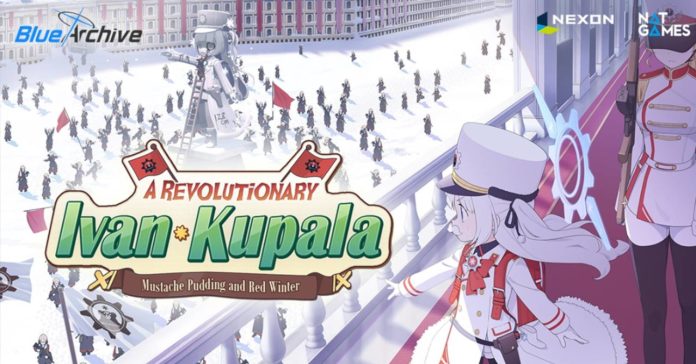 This new story update of the year features Cherino’s revolutionary journey to retrieve her leader position after a sudden coup during the Red Winter Federal Academy’s latest festival.

Check out the preview video for the new story update here:

The update introduces new characters from the Red Winter Federal Academy, Cherino and Nodoka, and they bring with them unique EX Skills and abilities.

Along with the new characters, players can obtain event coins with the update, including Cherenka Chocolate, Mustache Crepes, and Red Mustache Medals from the event quests and exchange them with various items in the event shop. These items includE Eligma, Secret Tech Sheet, Juri’s Eleph, and more.

The update introduces the raid content, Total Assault – Chesed (Field Warfare), adn it will be open until January 17. During the raid, participants can earn Season Rewards based on their final ranking, as well as get various character growth materials.

Finally, in celebration of the new story update, all players will receive 1,200 Pyroxenes in the game.

In case you’re unfamiliar, Blue Archive is a mobile RPG from Nexon with an anime-inspired style and story.