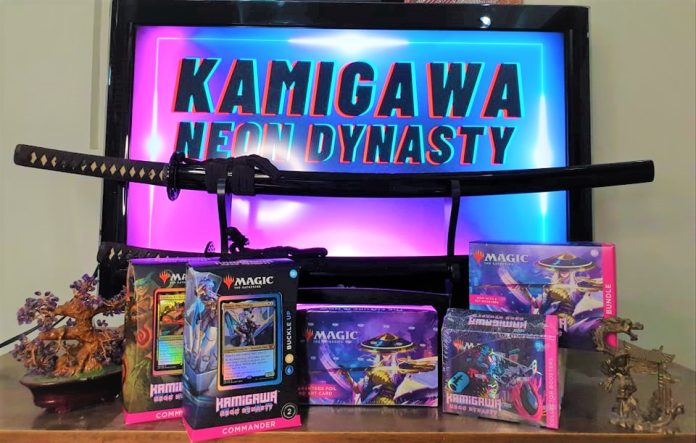 As much as I would like to deny it, I never really retired from playing Magic: The Gathering. From their latest products that promote that casual, kitchen-table experience like Jumpstart, from tapping into other universes like League of Legends and Fortnite… It looks like Wizards of the Coast ain’t stopping to get your attention one way or another.

And this is the case of its latest expansion – Kamigawa: Neon Dynasty, where the game takes me back to some very familiar stomping grounds that dates back all the way to 2004. I really got hyped about this set that I made a speculation article about it that, well, at least I was half-right at.

For those who are uninitiated Magic: The Gathering’s upcoming set –  Kamigawa: Neon Dynasty sees the popular card game return to familiar territory that was introduced back in 2004. The original set, heavily inspired by historical Japanese aesthetics featured deities, kami (spirits) ninjas, samurais and even rat-folk. This time around, Neon Dynasty looks to have a more futuristic and cyberpunk feel while still retaining the recognizable art form.

In the next few days we will (re)discover this all-too familiar plane and feature some of the game’s core mechanics and notable heroes and legends specific to Kamigawa. While the team will be doing a proper unboxing video for the cards coming from the Set Boosters, Commander Decks and Collector’s Boosters, this short preview will just focus on some of the promotional items that was sent to us by Wizards of the Coast. So for everything related to the cardboard side of things, stick around with UnGeek as we reveal it to you on the days leading up to the expansion’s release date.

So what did our good friends from Wizards of the Coast sent us this time? Some really pretty cool and neon-ny stuff! 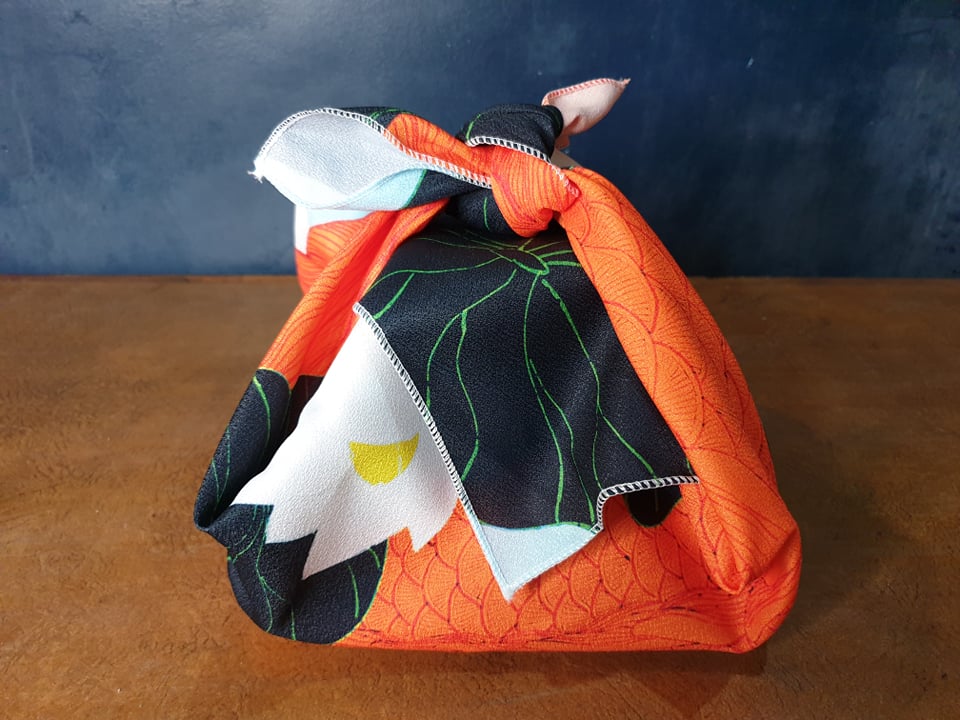 Let’s start from this wrap that seems to resemble a koi. This would look really perfect as an outside cloth for wrapping bento boxes. Now the challenge is actually trying to make an actual bento. 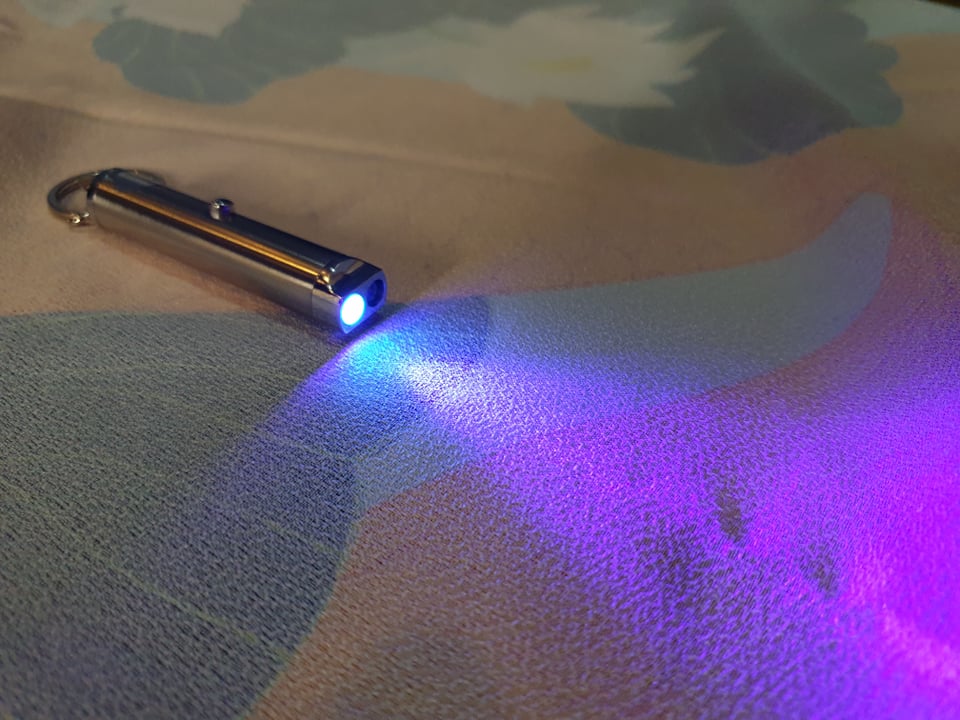 They also sent us this penlight that shines a neon color. Will need to confirm if this can function as a black light. Not that I need one, haha. 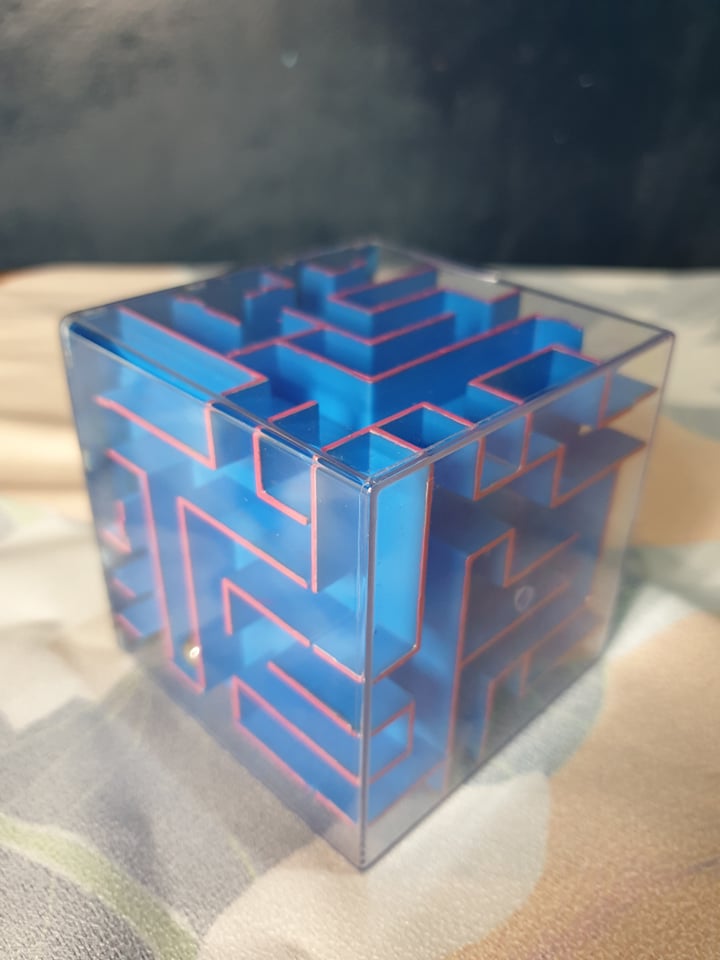 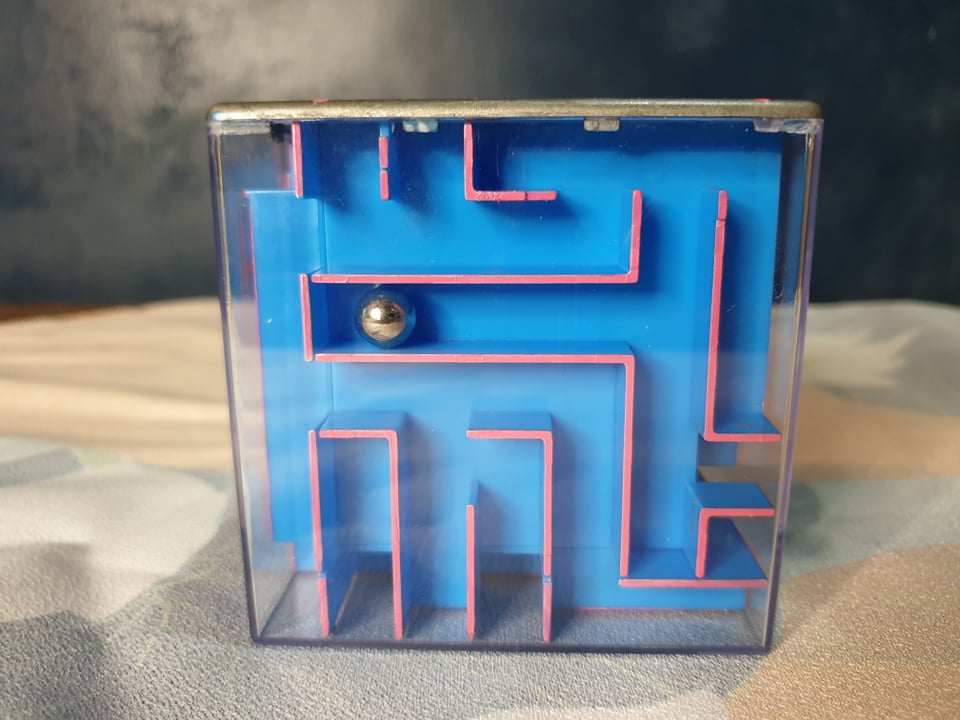 Millenium puzzle this aint! Kidding aside, this maze box (presented in the game’s color scheme) is one of the most unique drops UnGeek’s ever got! 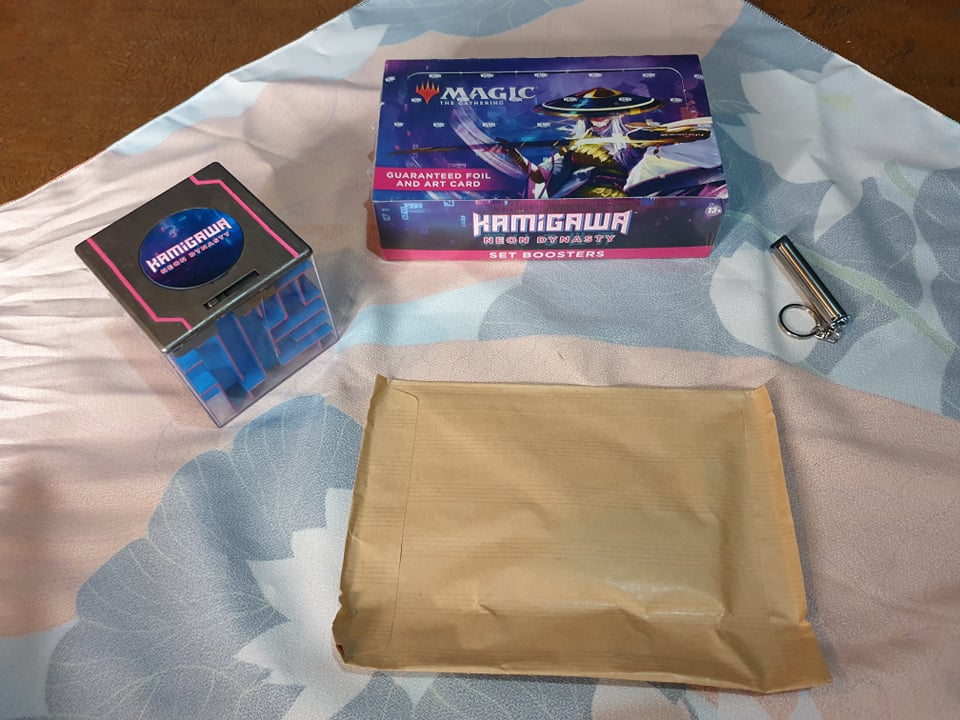 Last but not the least, we have this sealed envelope! As of this writing, the contents are still a mystery… A mystery that will be revealed in the video below!

Again, thank you to Wizards of the Coast for sending this wonderful Kamigawa package!