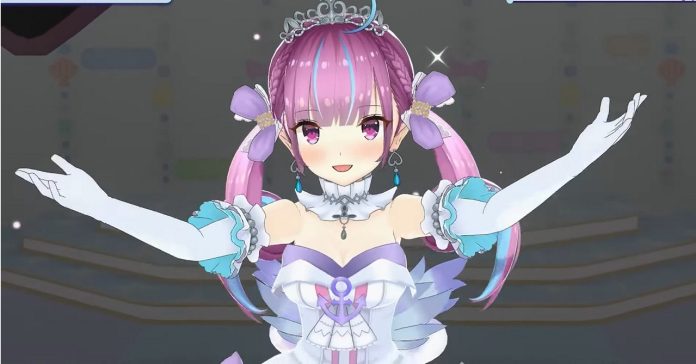 Hololive’s 2nd generation Vtuber, Minato Aqua, announced that a video game starring her is currently in development with a target release window this year. The announcement was made during Aqua’s solo live concert “Minato Aqua One Man Live 2022: Aqua Iro in Wonderland,” and the game would be published and developed by Entergram. Though other details like its title which console the game will come out were not shared.

This news is surprising, but this is not the first time that a Hololive Vtuber talent appeared in a video game since they already have done various video game collabs before, so it was only a matter of time when the gamer maid star on her own video game.

Particular examples of Hololive members’ video game appearances are from October October of last year when Inugami Korone collaborated with ImCyan in Evil God Korone, where she served as its antagonist. In the same month, Amelia Watson of HoloEN also collaborated with Paladins, where she provided her voice as a limited-time Announcer Pack. They also released an original game last month titled Hololive Error featuring Hololive’s Gen 0 Tokino Sora which is based on their ongoing project of the same name, and is currently free for download at the project’s official website. 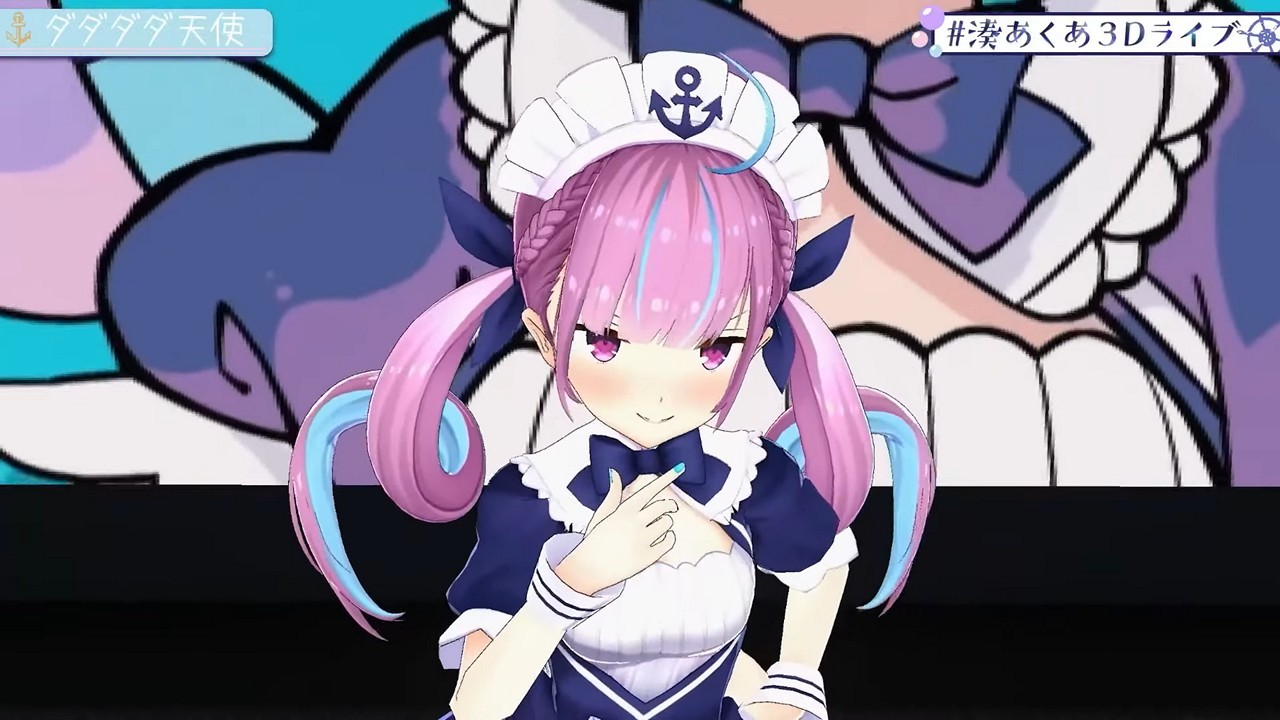 Minato Aqua debuted back in August 2018 as part of Hololive’s 2nd generation of Vtubers. She is also part of various units with fellow Hololive members, including UMISEA which composed of  Houshou Marine, Ninomae Ina’nis, and Gawr Gura. Another unit she belongs in is Spice Love with Usada Pekora, and Oozora Subaru — a unit that was formed as part of a special collaboration with Nissin. Lastly, she’s a part of NEGI☆U where she collaborated with Oozora Subaru, and Momosuzu Nene, releasing the unit’s first single “Tsumari wa Itsumo Kujikenai” which serves as the ending theme for the anime adaptation of “The Great Jahhy Will Not Be Defeated!”