Elden Ring Cover Armor: Where to get the Fingerprint Set

Here is the armor that's featured on the cover of Elden Ring. 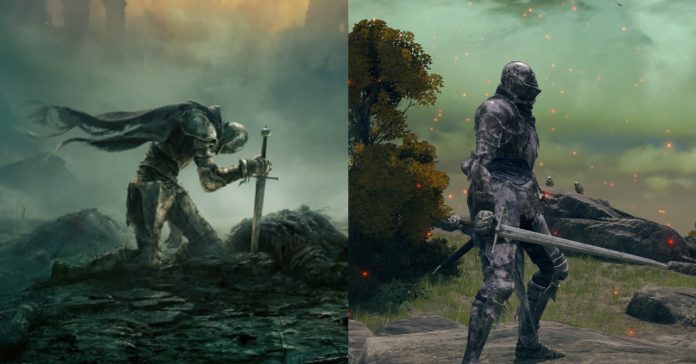 The Elden Ring cover armor is the Fingerprint Set, meaning if you want your character to cosplay as the figure on the game’s cover art.

Aside from being the cover armor for the game, the Fingerprint Set is a good armor set in its own right as it offers a good level of protection without being too heavy. Though much like Dark Souls 3, the armor that you choose isn’t a major deal in Elden Ring, so you can choose which one looks best (aka Fashion Souls).

If you want a cosplay run, you might only be able to do so in New Game+. While you won’t need to defeat the final boss like in Dark Souls 3 to get that game’s cover armor (the Soul of Cinder set), in Elden Ring, the Fingerprint Set can be found late into the game.

Specifically, the armor can be found in the Lord Contender’s Evergaol. There, you need to fight Festering Fingerprint Vyke to claim the Fingerprint Set.

Here’s the location of the Evergaol on the map:

This Evergaol is found in the Mountaintop of the Giants, along the path that you must travel to fight the area’s required boss.

The closest Site of Grace to the Lord Contender’s Evergoal is Whiteridge Road.

To complete the cosplay look, the cover character of the game uses a standard Longsword.

For more on Elden Ring, you can check out the following guides: