Here are the Baldur’s Gate 3 characters that will appear in Magic: The Gathering’s latest commander-focused set

From digital to cardboard. 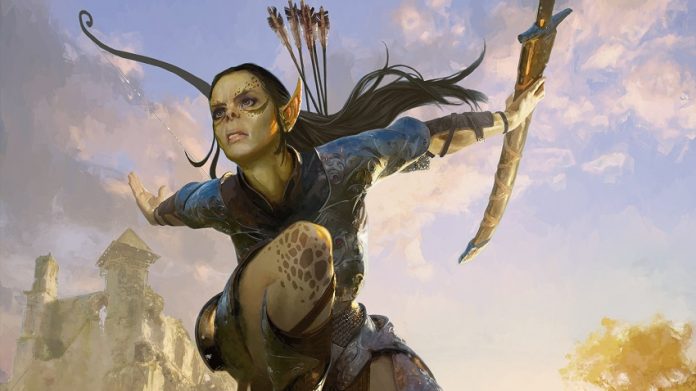 Back in 2020, we saw Magic: The Gathering’s first expansion that was aimed primarily for the format which is called Commander Legends. Though the set was generally considered to be a success, it’s full potential might have not been appreciated by players because the product rolled at the height of pandemic.

What’s exciting about this collaboration is that not only will we see characters from the beloved books and early 2000’s video games but also NPC’s and companions for a title that is on the horizon.

Larian Studios, developer and publisher of the much anticipated game Baldur’s Gate 3 will see some of its characters from the popular RPG franchise making the transition from digital to cardboard!

And since spoiler season for this set is almost over, we now have a good grasp on who’s going to appear in the upcoming expansion. But before we dive in to the new ones, let’s dial it back a bit to memory lane and check out the characters that appeared in Baldur’s Gate 1 and Baldur’s Gate 2 (in alphabetical order).

Characters and companions in Baldur’s Gate 1 that will appear in Magic: The Gathering (In alphabetical order). 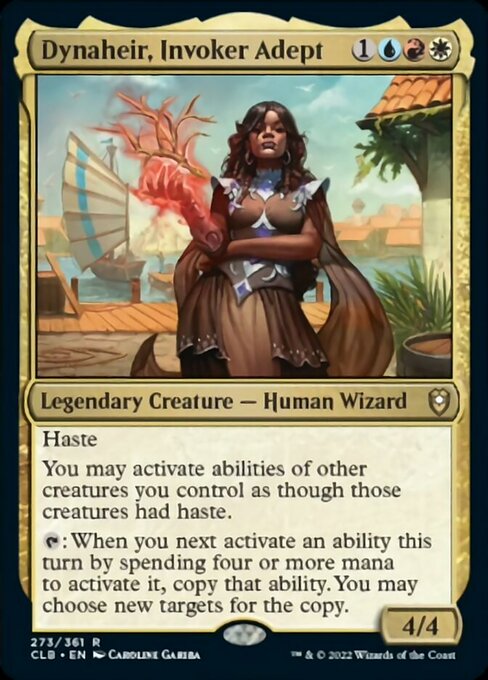 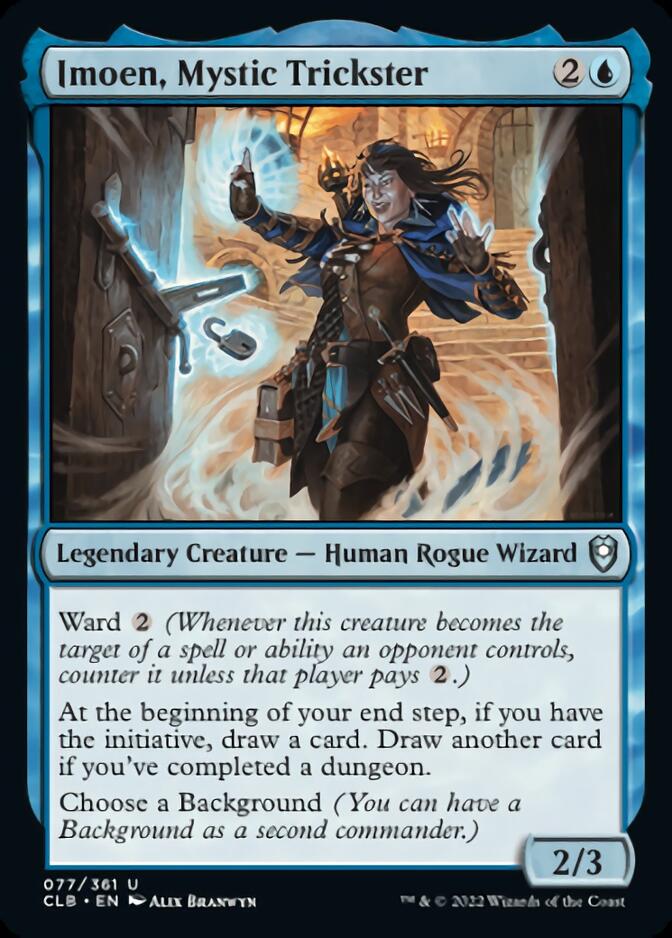 One of the first companions that joined your party back in the first game is Imoen. This blue Human Rouge Wizard is all about taking the initiative, a mechanic in the game which mainly involves going and completing dungeons, being true to D&D form. 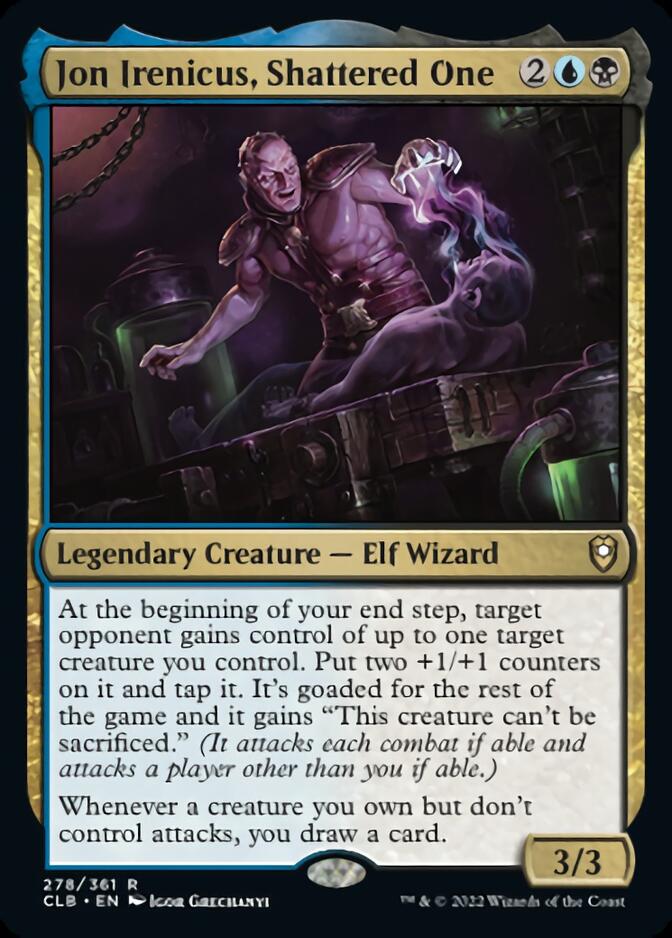 Of all the possible commanders spoiled, for me Jon Irenicus seems to be the most interesting. The main antagonist of Baldur’s Gate 2 sees you giving control of your own creatures to a target opponent. Though the ability may seem weird, you can construct his deck in such a way so that he gives out some really nasty creatures with heavy drawbacks. And with the “goaded” mechanic, it makes sure that all of them stay out of your way and attack other players. 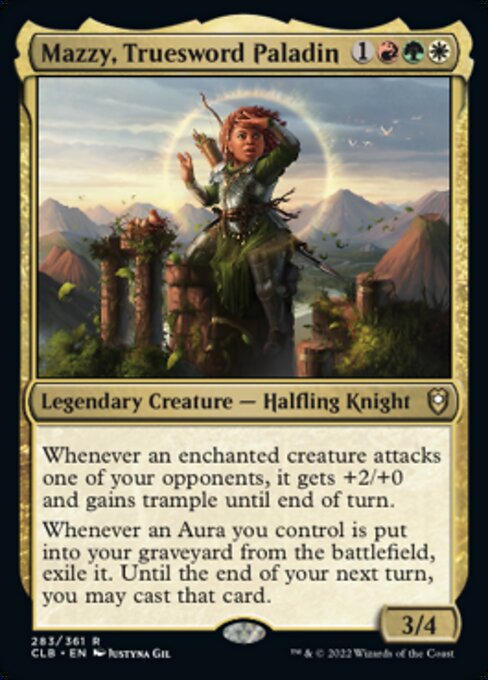 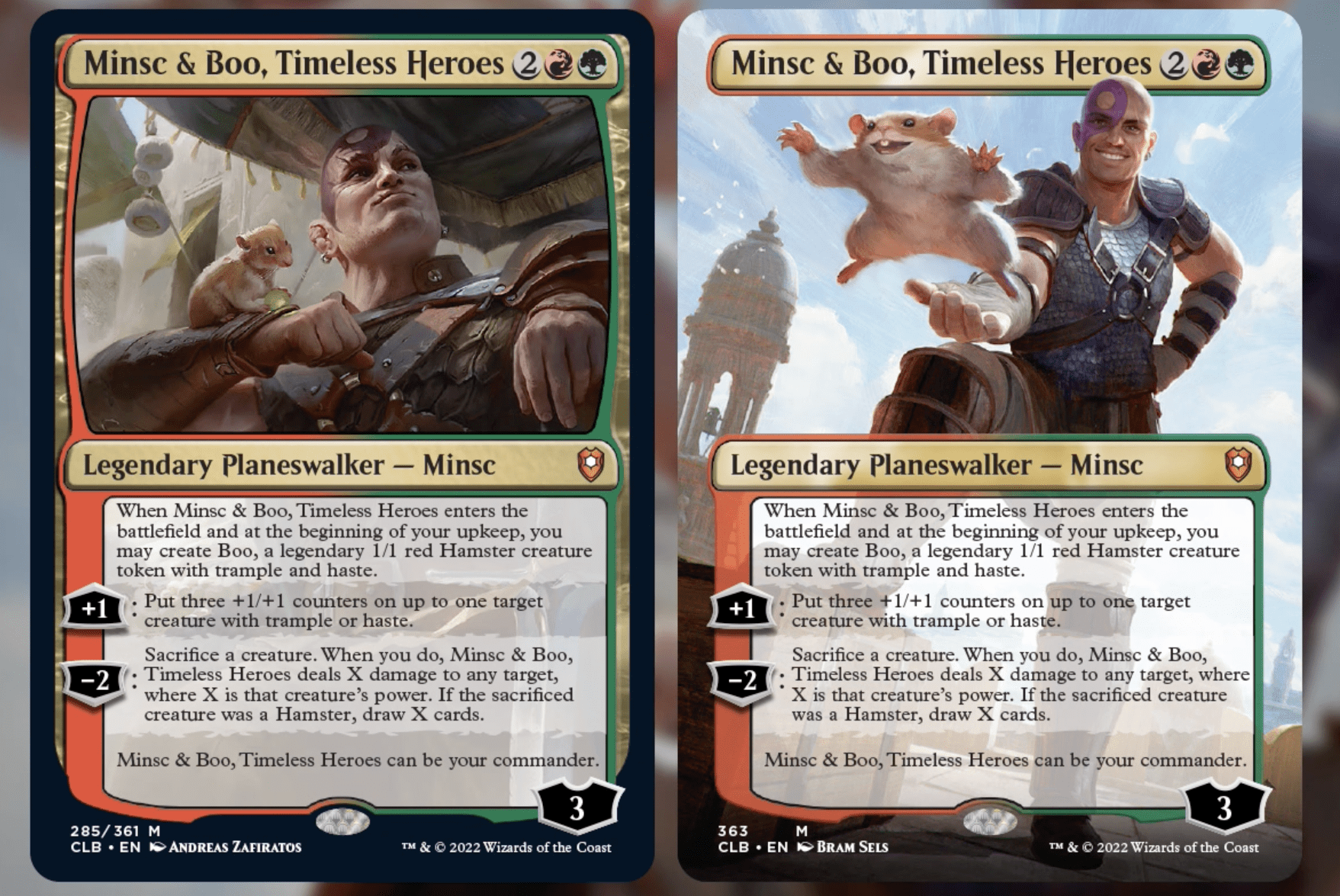 Probably the most iconic of the bunch, Minsc & Boo return in planeswalker form! You got to love the extended art here. I do hope they make an appearance in the third game. Last I checked with these two I remember they were petrified… Hey as long as they are not dead, there’s still a chance, right? 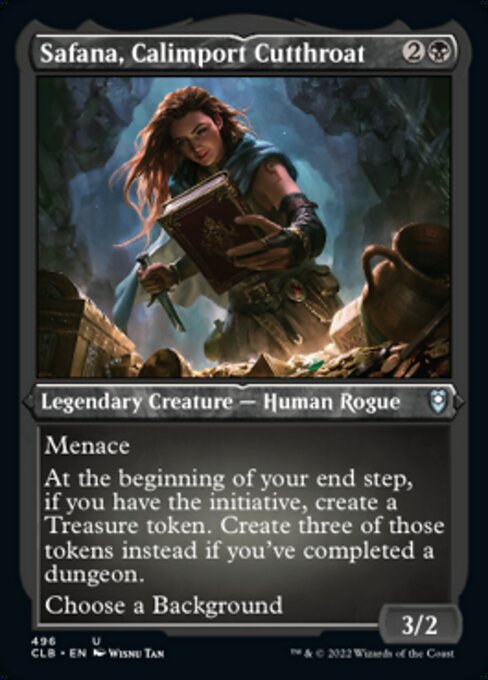 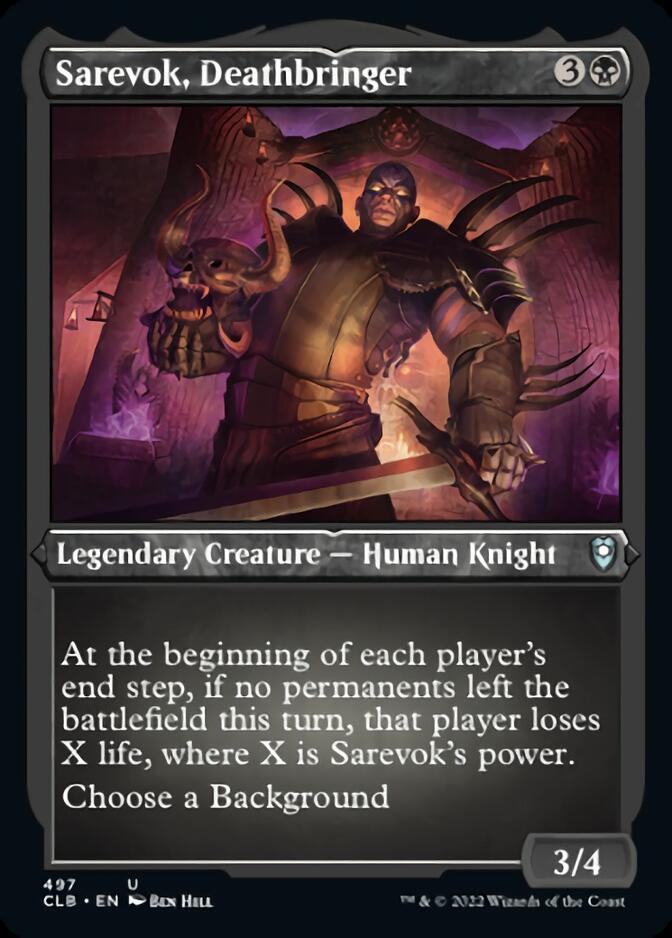 The main baddie of the first game, Sarevok is up to no good again with his life drain (Very fitting for black). And his ability triggers on each player’s end step.

A favorite companion among many players, Viconia returns creatures from the graveyard back to your hand and ready for an encore! 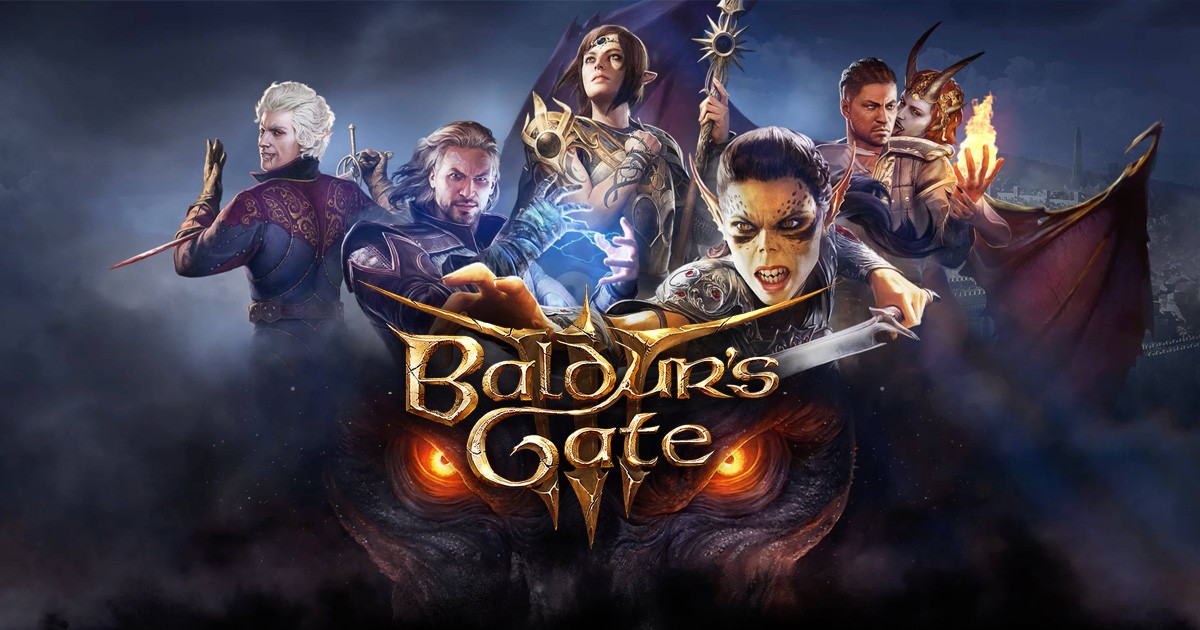 Characters and companions from Baldur’s Gate 3 that will appear in Magic: The Gathering (In alphabetical order). 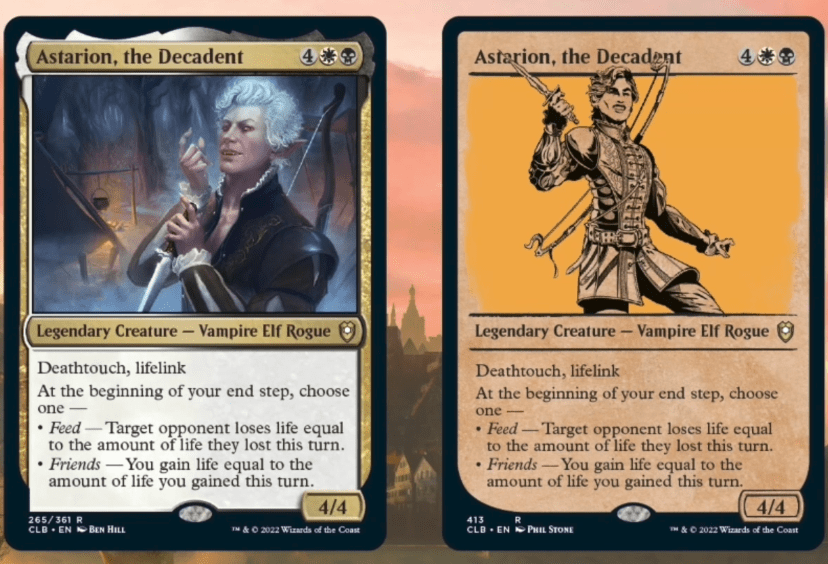 Astarion has a good mix of creature types with him, not to mention having deathtouch and lifelink. He also gives you some interesting choices at the end of your turn which both benefit you, depending the situation. 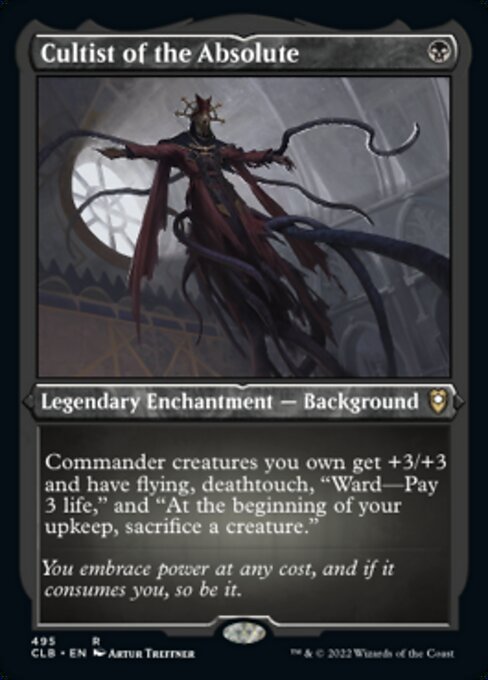 Here’s a good time to mention new “Background” subtype. You can think of Background as another take on their ‘Partner’ mechanic which effectively gives a commander (that supports the mechanic) an additional color, giving it another layer of versatility when it comes to deck-building. This lets players splash another color that they might need just to access a particular set of spells that, in the featured card’s case is, black. 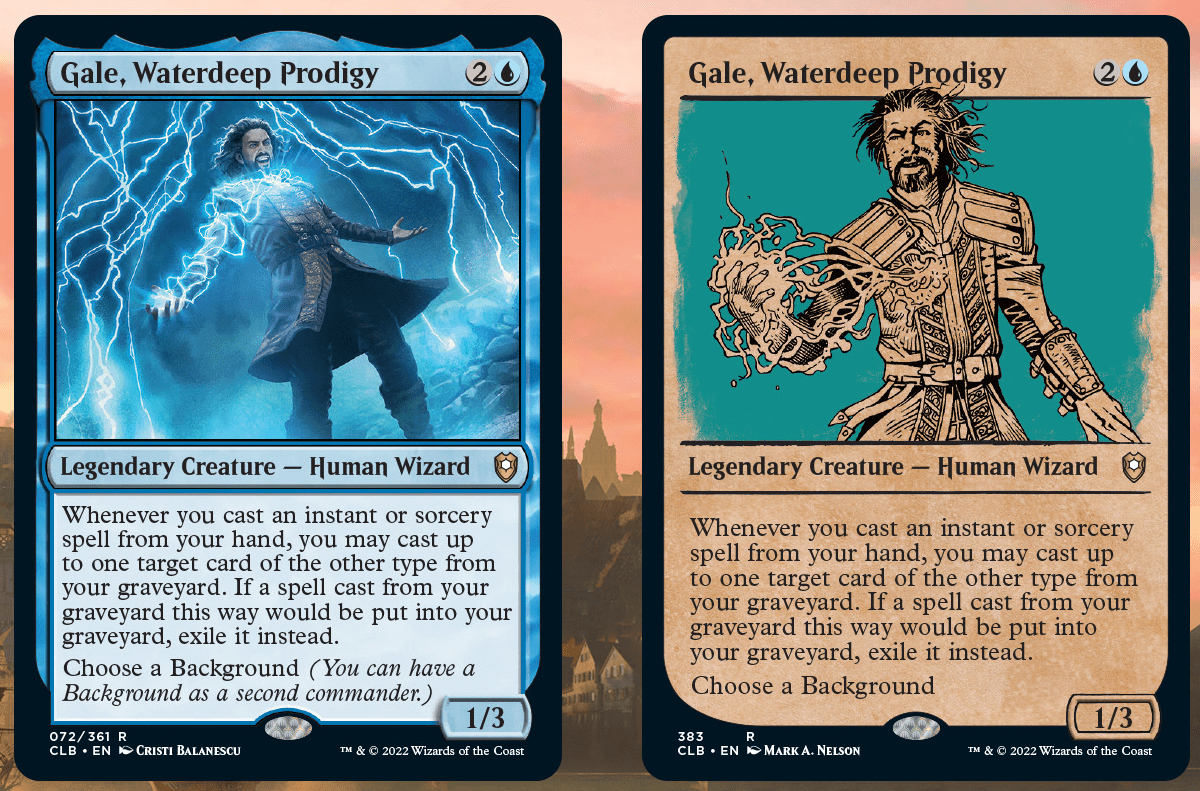 One of the companions that you will encounter in the video game. Lae’zel loves to see any types of counters being put into a player or battlefield and takes it up a notch with a +1. 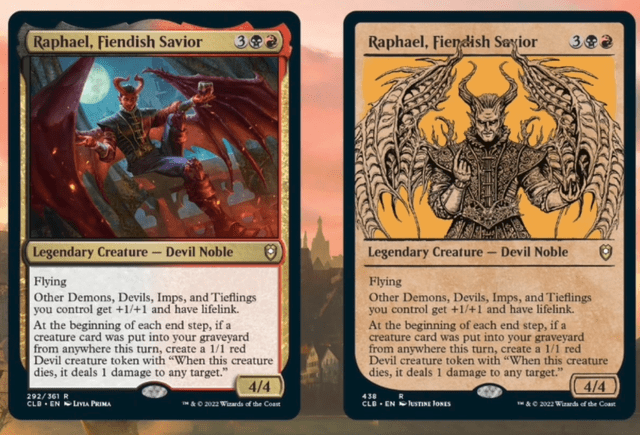 A very interesting character in the early access game. Raphael boosts other denizes of the dark giving them +1/+1 and lifelink. Additionally, he also pumps out little 1/1 devils anytime a creature was put to the graveyard. 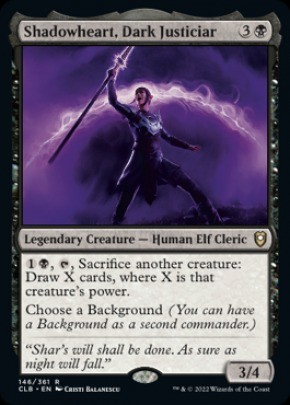 One thing that is synonymous with Dungeons & Dragons is rolling dice. And they are bringing back this mechanic in this expansion. Wyll’s ability helps you give that extra advantage will your rolls at the same time boosting this human warlocks power and toughness! Is there anyone from Baldur’s Gate 3 I missed? Sound it off in the comments!

Commander Legends: Battle for Baldur’s Gate is scheduled to release worldwide on June 10, 2022 with pre-release events happening the week before.

Check out Magic: The Gathering’s store locator here to find a gaming place near you!

Itching to try out Baldur’s Gate 3? An early access version of the game can be purchased over at Steam.