Find out more about the lore. 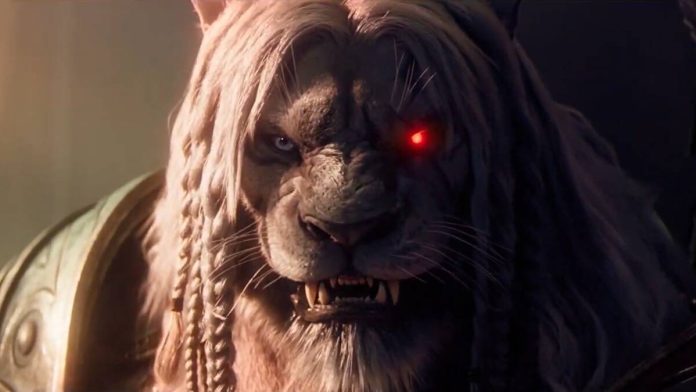 Magic: The Gathering is celebrating the game’s upcoming 30th anniversary by going back to its roots and returning to Dominaria, a fan-favorite plane rich in history and lore.

The next expansion, coming this September – Dominaria United sees the return of Phyrexians – amalgamated creatures composed of both organic matter and artifice that once corrupted the plane. Thought to be defeated, based on previous sets such as Kaldheim, it seems that Yawgmoth’s creations are back to finish what they started, and this time with the aid of “compleated” planeswalkers like Tamiyo and Ajani.

With the multi-story arc kicking off in Dominaria United, we recently got a chance to throw out some questions to Roy Graham, Wizard of the Coast Story Lead. Here’s what he had to say about the creation of the latest expansion!

There’s something in all the colors I appreciate, which I guess is the point of the color pie. Deep down, though, I’m a red/green player at heart. I’m a simple man, and I like my creatures big, mean, and fast.

I’m a huge John Carpenter fan, so getting to do an homage to “The Thing” in episode three of the Dominaria United story was super fun. It’s definitely a tricky line to walk! I think some of the burden here is alleviated by Dominaria’s nature as a classic high fantasy world. New players don’t need to know all of Jodah the Eternal’s history, they recognize the trope—he’s a wizard blessed with eternal youth, sure—while people who know and love the lore can appreciate all the details. At the end of the day a lot of it comes down to just trusting the readers and players—even if they don’t recognize all the references, I think they enjoy being in a world with such a deep and rich history. 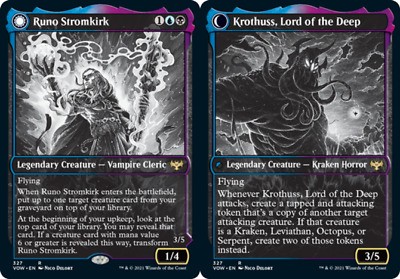 That’s a tough one. To rank for me, a card really has to be a triple threat—great mechanics, great art, and a narrative line tying it all together. One that comes to mind is Runo Stromkirk, the vampire cultist from Crimson Vow. The transformation he undergoes, becoming the titanic monster Krothuss upon glimpsing a sea creature of sufficient size (read: mana cost) is a great example of all those thinks working in harmony. Dominaria United will be available in the regular 16-card Draft Boosters, Set Boosters, Collector Boosters, Commander Decks, and a Bundle containing an oversized D20 spin-down die. Most excitedly though would be the return of Jumpstart boosters that is in-line the Dominaria theme as the format promotes ease of entry to newer players.

Many thanks to our friends at Wizards of the Coast for allowing us to interview Roy Graham!

Dominaria United pre-release events will happen on September 2-8 with an official release on your friendly local games stores on September 9. Alternatively, you can also get the expansion digitally on Magic: The Gathering Arena during those times.