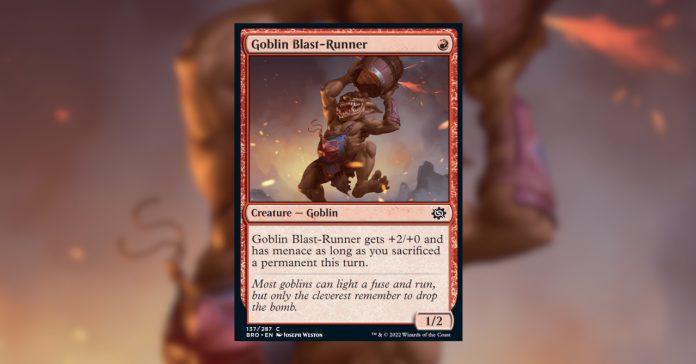 Magic: The Gathering’s 30th anniversary continues with arguably one of this year’s most anticipated expansions that pushes forward the multi-set story which started in Dominaria United.

As teased in previous sets such as Kaldheim and Kamigawa: Neon Dynasty, Dominaria United sees to be the main staging ground for the return of Phyrexians who were once a dominating and corrupting force in Magic’s original plane. This time around they returned to Dominaria and taking interest in the Planeswalker Karn as well an artifact called the Sylex, which is a device of immense destructive power.

As the Phyrexian praetors “compleat” and weave their scheme on the land, you would bet that there will be some major consequences.

The last story gave the fans 2 major events that really hit home especially if you are aligned with these 2 planeswalkers. The first one, the Leonin Ajani was thought to be a beacon of hope and salvation for the plane as he aided the Gatewatch in Dominaria, only to find out that he is a sleeper agent for the Phyrexians.

He is the second planeswalker to be “compleated” follwing Tamiyo. Whether or not they can be reverted back to their original state, is still unknown.

The next one is even more devastating, especially if you are a red player. 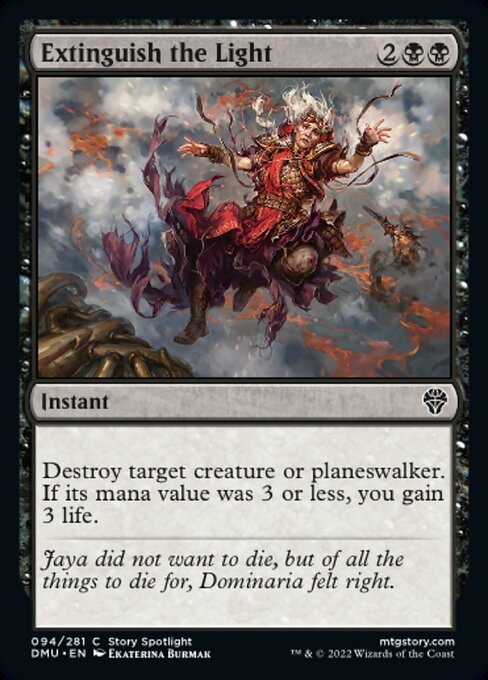 After rescuing Karn and returning to the Mana Rig (our heroes base of operations and the place where the Sylex is kept safe), it was then revealed that Ajani was a “compleated” sleeper agent all this time. As the Phyrexians invade the Mana Rig and recaptured Karn in the process, Ajani – revealing himself as a Phyrexian, killed Jaya but not without the latter’s heroic attempt in setting the mana rig to self-destruct.

This story bit is expertly presented in the card “Extinguish the Light” (pictured above). As we move forward to The Brother’s War, we return to a very pivotal and iconic event in Magic: The Gathering’s time which was also known as the Antiquities War. This event documents the battle between two brothers – Urza and Mishra over an ancient artifact called the Thran Powerstone – which housed the Mightstone and the Weakstone that is known to greatly empower artifacts and put them to good use. As the artifact proved to have the immense capability to create, in the wrong hands it can also have the potential to destroy. 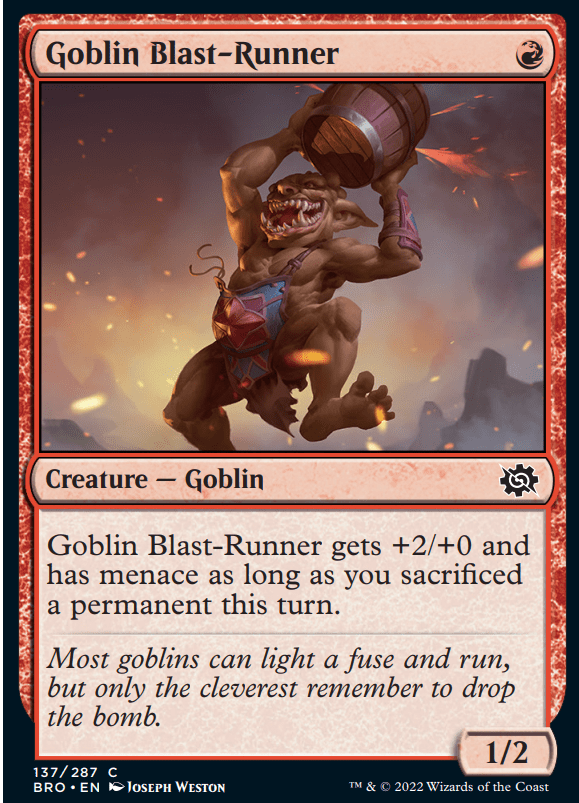 Speaking of the potential to destroy, you wouldn’t want to have either of the stones to the hands of this little fella. Many thanks to our friends at Wizards of the Coast for sharing this card preview to UnGeek.

Goblin Blast-Runner, a new card in the set, is a 1/2 red Goblin creature at is efficiently costed at just 1 red mana. It has the ability of pumping his power to 3 as well as some blocking evasion tactics with the help of Menace (can’t be blocked by just one creature during combat).

For his ability to activate though you need to have a permanent sacrificed during that same turn which is a problem that red does not have with all the fodder and treasure artifacts that the color normally has. I can see this ability also effective when paired with black. Lord Rakdos would be pleased.

Again, many thanks to our friends at Wizards of the Coast for sharing this card tease with us! 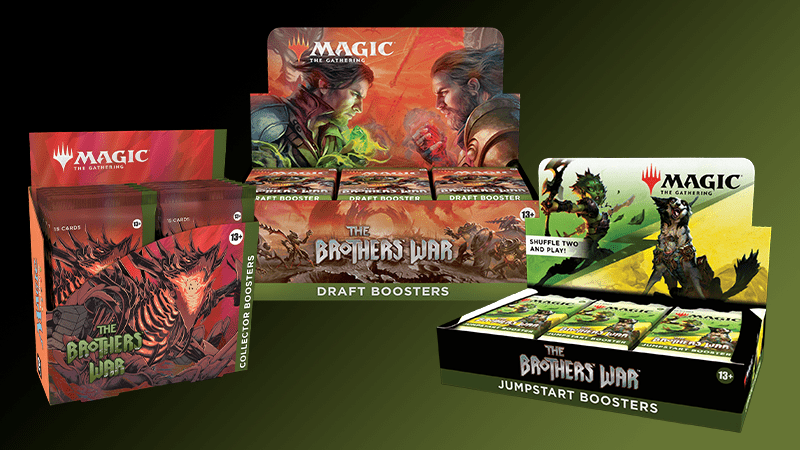 The Brother’s War pre-release events will happen on November 11–17, with an official release at your friendly local games stores on November 18.