The 5 best Magic: The Gathering products from 2022

2022 has been without a doubt both a successful and controversial year for Magic: The Gathering. 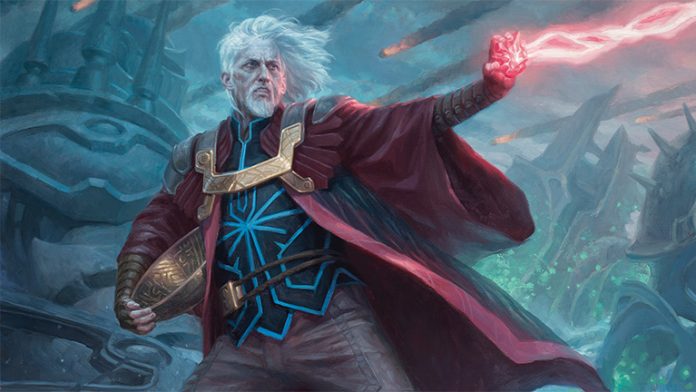 With 30 years under its name, 2022 has been without a doubt both a successful and controversial year for Magic: The Gathering. Expansion sets seem to release at a rapid clip – from numerous commander decks, Secret Lair sets and main line product expansions, there’s certainly a surge lot of these precious cardboard rectangle products that might be more than the average card chucker can handle.

Despite a few duds (I’m looking at you, 30th Anniversary Edition!) There are really a lot of great products that were released this year that made an impact across multiple game formats.

With that said, here is UnGeek’s 5 best Magic: The Gathering products from 2022! 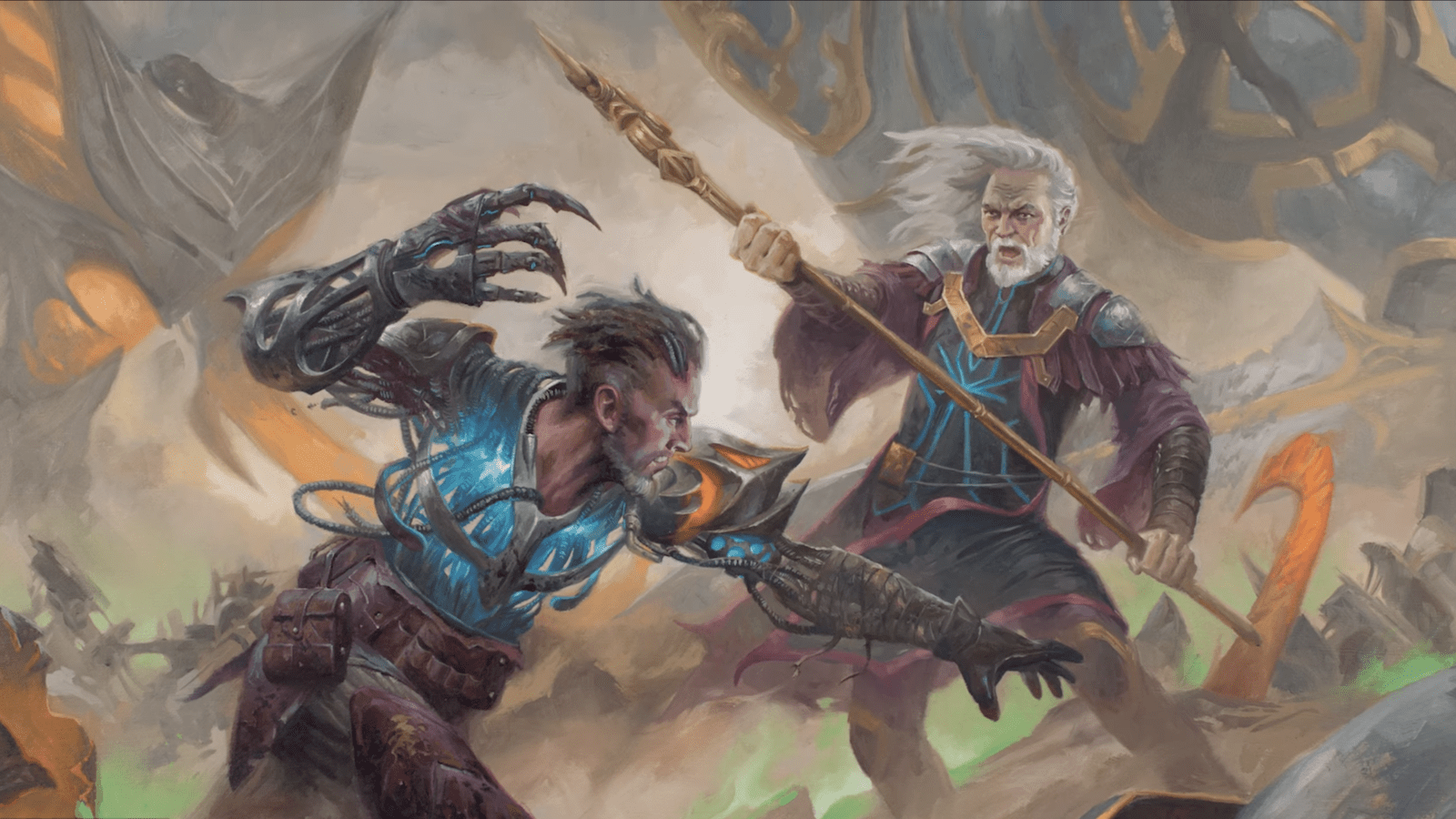 For Magic: The Gathering’s 30th anniversary, they made sure that their last mainline expansion for the year is going to be special. And what better way to celebrate three decades of collectible card game goodness than to return to the OG plane called Dominaria.

The Brothers’ War set strikes an appeal to both CCG vets who stuck around since the early days of MTG with the Urza and Mishra storyline, and new players coming in to the game experiencing the rich lore and theme-centric mechanics rooted to the set.

From seeing some iconic legendary characters and planeswalkers, to retro artifact cards and exploitable prototype mechanic, there’s really a lot to love for this set. For me, the set was most fun when its being utilized in the limited (draft) format.

The splash of Transformers was a bit off though but yeah, they “rolled out” here, too! 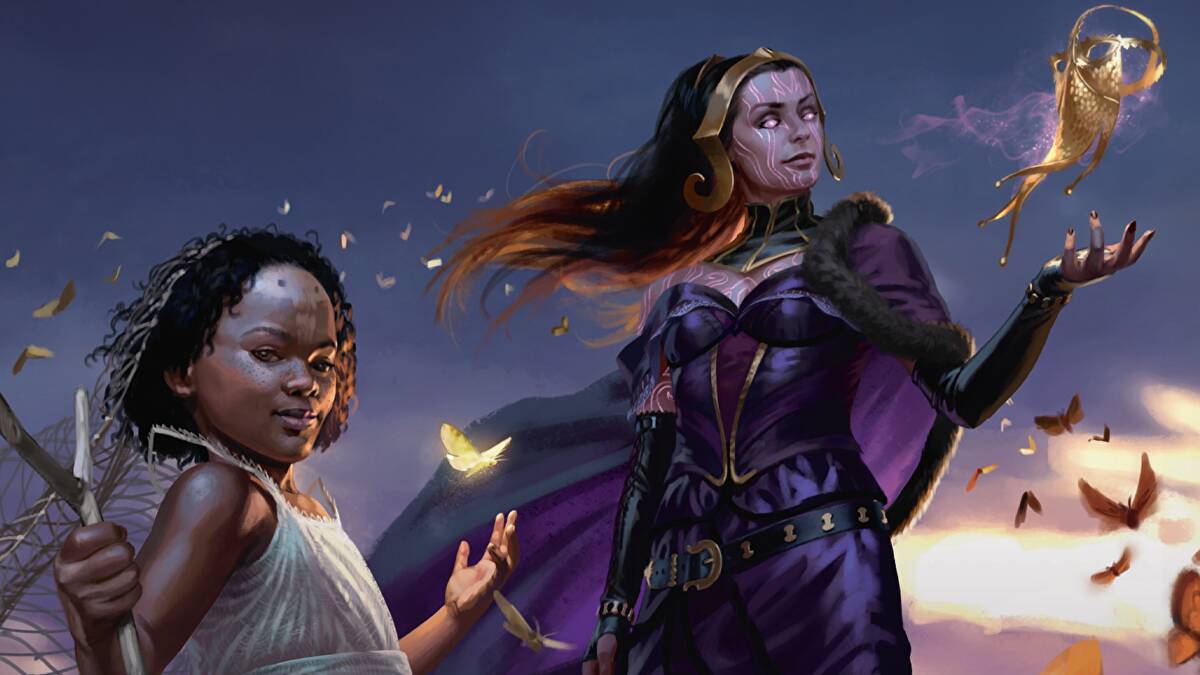 Aside from the highly desirable cards that seem to focus on the 10 shards (three color pairings), like The Brothers’ War, this set is also very playable out of the box in a draft/limited environment. But there’s more to this set than limited.

Draft aside, I don’t know about you but this set should have been called COMMANDER Double Masters 2022 just because of the spicy new reprints that are mostly attuned for the popular format. With Dockside Extortionist and Imperial Seal appearing in this set, need I say more? 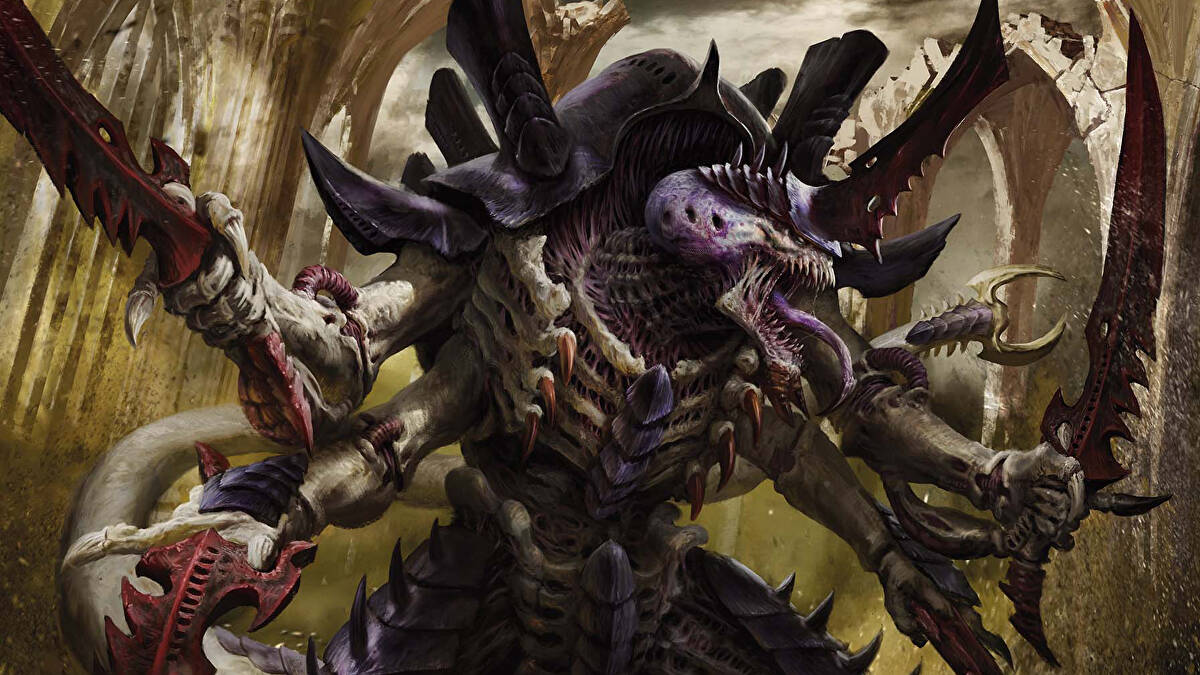 I can’t think of a better marriage of properties this year from any type of product than Universes Beyond’s inclusion of a beloved tabletop miniatures IP. This Magic: The Gathering x Warhammer 40K crossover is the planar bridge the game needs to close the gap between plastic and cardboard.

And they applied the theme to arguably the most popular format from the game – Commander/EDH. A good portion of the pre-constructed decks were not only brand-new never before seen cards, they are also highly functional out of their theme boxes and can be utilized in a lot of pre-existing format legal builds.

As of this writing, there are still a lot of these precon decks floating around as the publisher seem to have printed a lot of copies. All the more reason to pick up a few before they eventually run out! 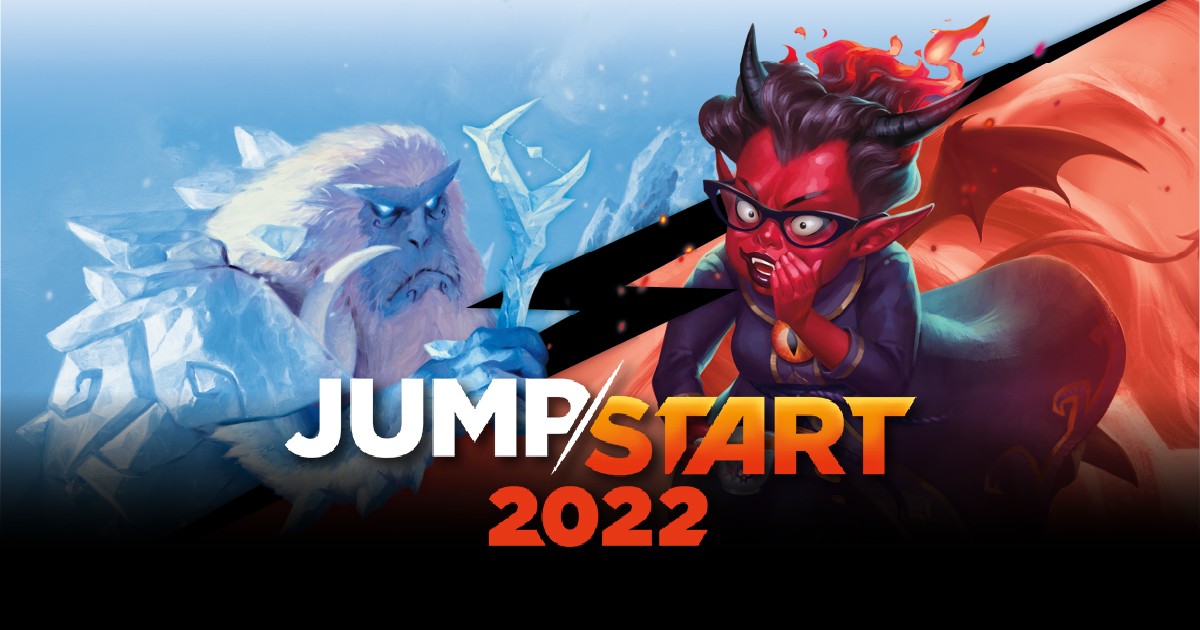 Any product that promotes the game in a fun, easy and casual way – at the same time retaining what makes Magic: The Gathering special, will always be high on my book. Much like 2020’s release, Jumpstart 2022 is the best product to introduce the game to new players.

Jumpstarts deckbuilding mechanics are heavily borrowed from the board game called Smash-Up! Where you combine 2 themed packs to form 1 unique deck. It effectively removes the more time-consuming aspects of Magic’s deckbuilding and with that idea alone, it makes it easier for beginners to just shuffle up and play! This is the closest thing to a Magic: The Gathering board game. 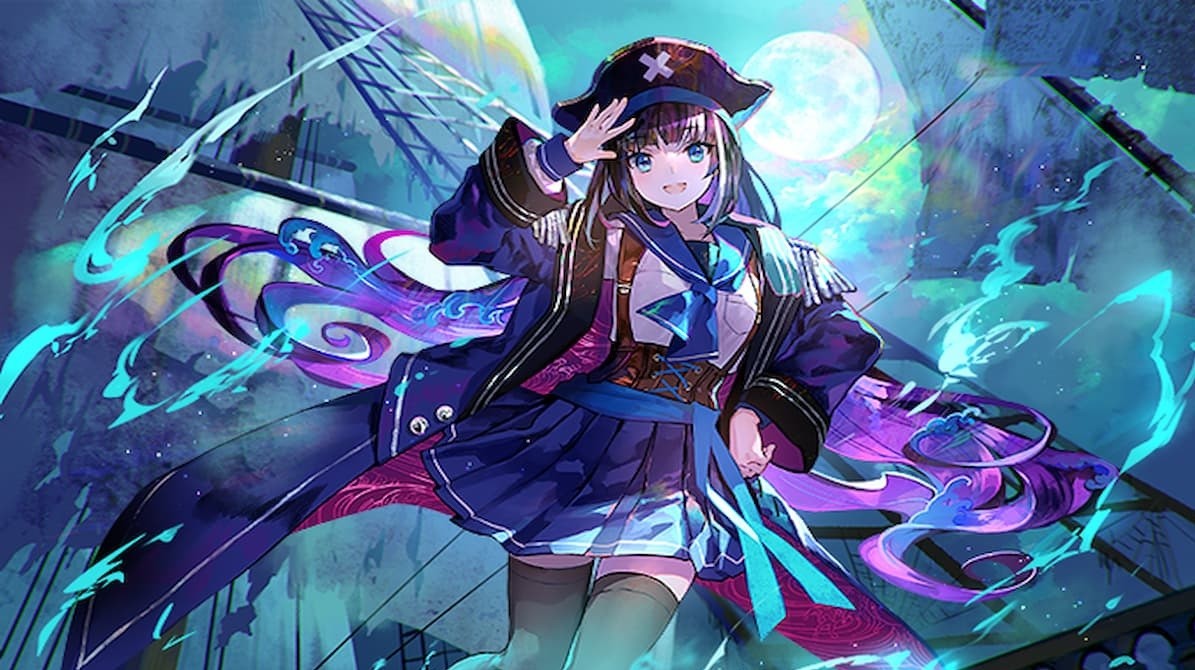 Like the first set, they pushed the variety further with 46 new deck variants, all with that same core deck-building mechanics and gameplay we all know and love. In each deck also features a card with the anime-inspired treatment, which feels like a treat. Outside the format, there are a lot of new cards that can serve other formats as well like, you guessed it, commander!

Personally, Jumpstart 2022 is my favorite product this year, but the folks at UnGeek think that there’s a better product in the overall scope of things, and honestly I have to agree. 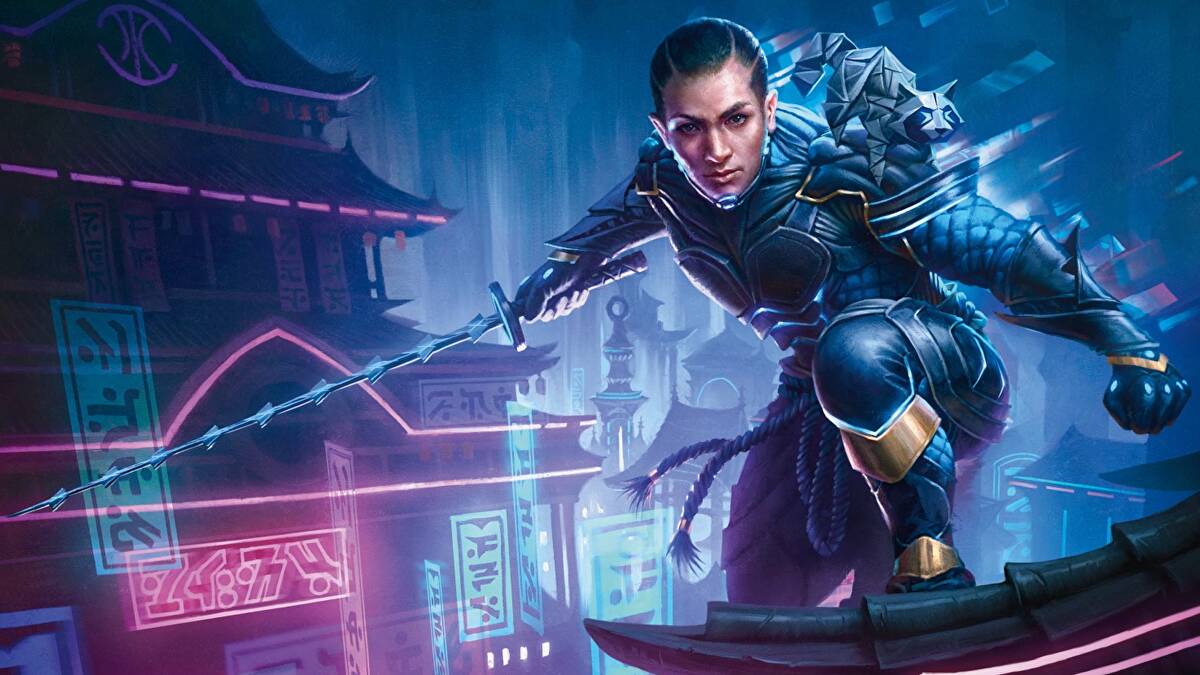 I’m sure that a lot of you who’s familiar with the game already know this. Kamigawa: Neon Dynasty is the best set that came out last year, and it is one of the best expansions that was released in recent memory.

It explored a plane originally introduced back in 2005 but made a fast-forward with an entirely new cyberpunk look, something that aesthetically doesn’t look like its coming out of Magic: The Gathering. And surprisingly, the set worked! Not only did it explore a fantasy setting that you wouldn’t normally see in an MTG wheelhouse, gameplay-wise they executed the set perfectly with some new (reconfigure, modified) and returning mechanics (ninjutsu, channel) that made a mark across all formats! The cards are awesome in limited, great in standard, and features a lot of cross-format staples! Heck, even Buckle Up – its cheap pre-constructed vehicles-centered EDH deck is something I’m excited to brew and pilot!

Kamigawa: Neon Dynasty is an expansion set done right. And I hope the designers over at Wizards of the Coast take note and remember this. 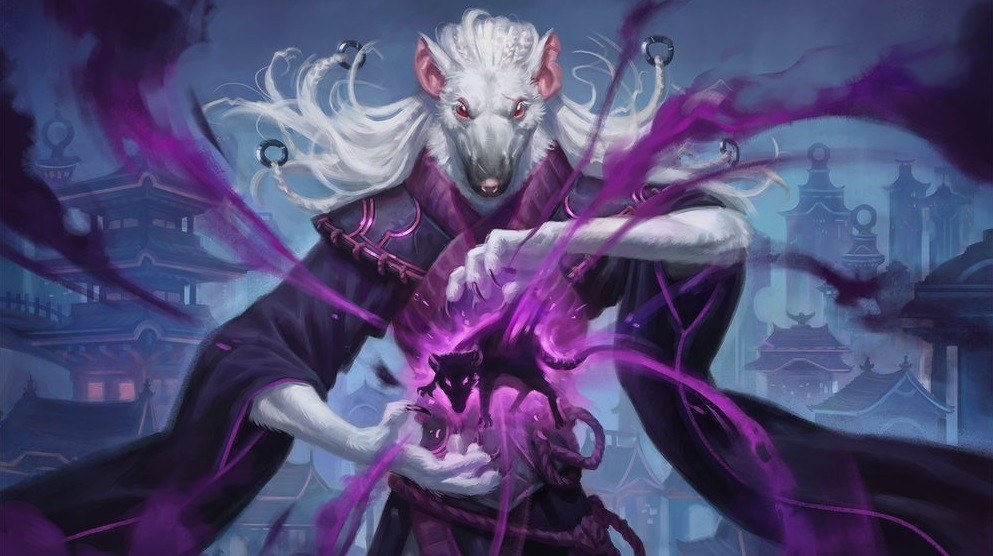 If the previous year was any indication, 2023 looks like its going to be just as interesting and exciting as the last. If you ask me, I’m particularly excited for their Universes Beyond’s Lord of the Rings: Tales of Middle Earth. Enough for me to build and complete a draft cube around it!

How about you, what was your favorite part in Magic this 2022? Whether you are a new or returning player, there’s definitely a product for you!